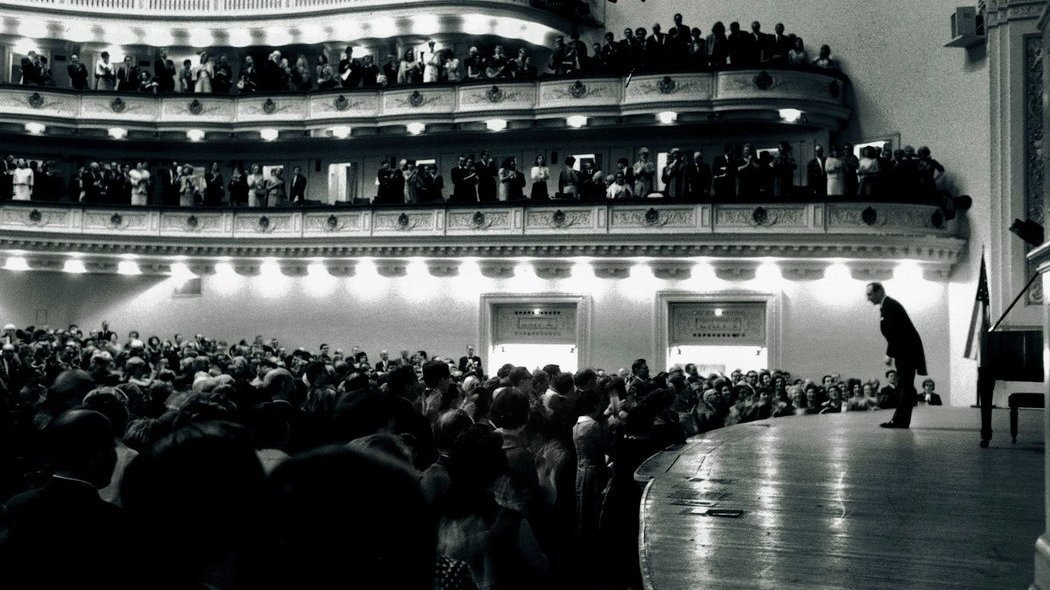 He swallowed it whole…He had the courage, the intensity, and daring that make for greatness.

This is how Sergei Rachmaninov described Vladimir Horowitz’ performance of his Third Piano Concerto- a piece so difficult to play that it even intimidated the composer. Rachmaninov and Horowitz came face to face at New York’s Steinway Hall in January, 1928. It was the violinist Fritz Kreisler who brought them together, telling the composer “some young Russian plays [the] Third Concerto and the Tchaikovsky Concerto like nothing I ever heard, and you have to meet him.” The two became live-long friends.

Here is Horowitz’ live Carnegie Hall performance of Rachmaninov’s Piano Sonata No.2 in B-flat minor, op.36 from the autumn of 1968. Completed in 1914, Rachmaninov revised the Sonata in 1931. Horowitz convinced the composer to allow some restoration of the original. This hybrid version is what we hear below.

Melancholy solitude combines with demonic power and soaring passion in this piece. The second movement has to be some of the most quietly sensuous music ever written.