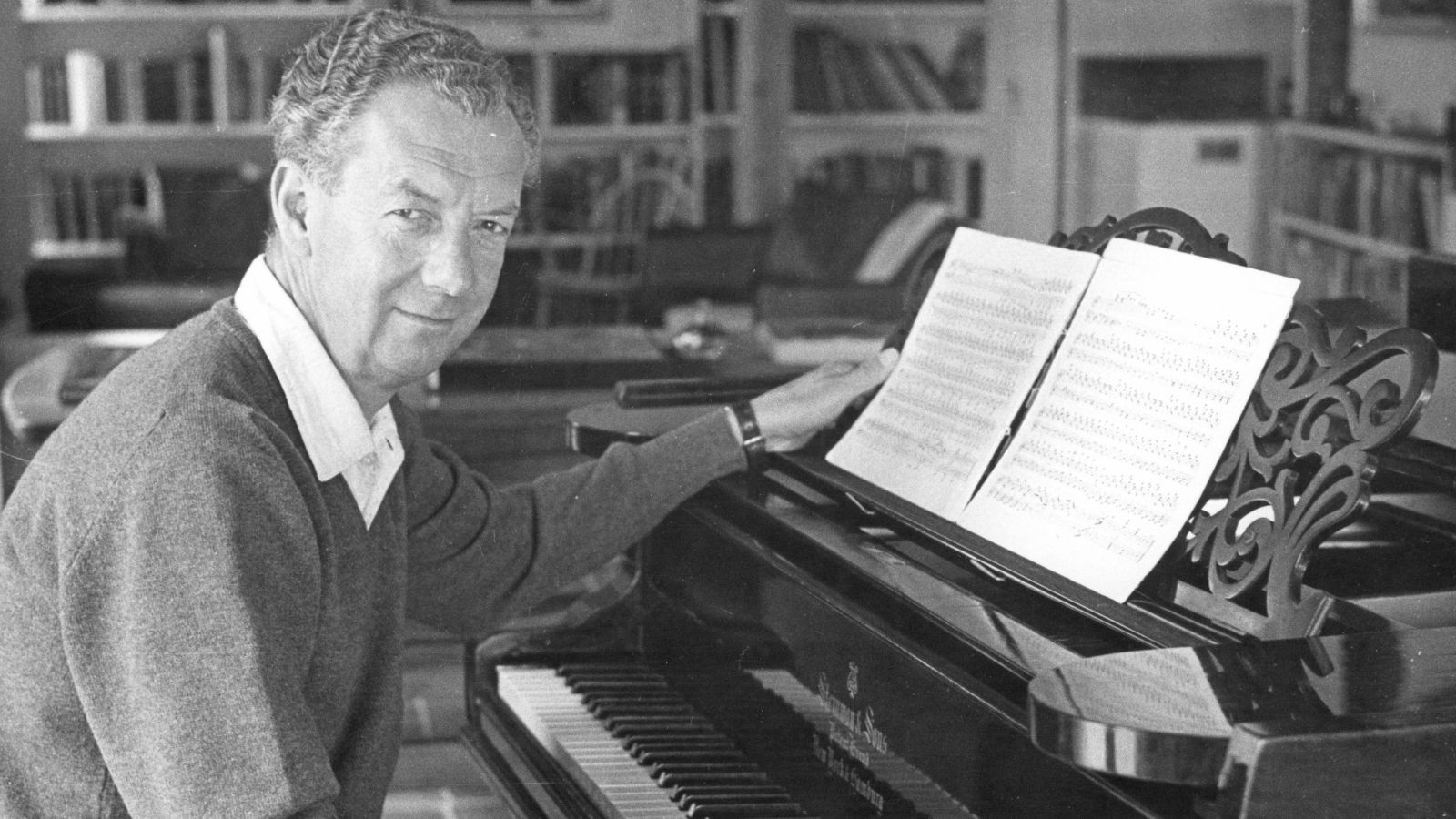 Benjamin Britten’s 1945 tragic opera, Peter Grimes, is a dark story of isolation and alienation- the solitary social outcast set against the collective insanity and “mob rule” of the crowd. For the composer, a homosexual, staunch pacifist, and conscientious objector during the Second World War, it was

The opera is set in the “Borough,” a small Suffolk village on the east coast of England. The fishing village of Aldeburgh, close to where Britten grew up, inspired the fictional “Borough.” As the curtain rises on the Prologue, the fisherman Peter Grimes is questioned regarding the death of his apprentice at sea. Although the coroner, Mr Swallow, determines the boy’s death to be accidental and forgoes a trial, the townspeople suspect that Grimes was responsible. Grimes wishes to marry Ellen Orford, the Borough schoolmistress, as soon as he can earn enough money. But, amid unrelenting gossip, the shadow of suspicion grows and Grimes becomes increasingly paranoid. When his new apprentice accidentally falls down a cliff to his death, Grimes descends into insanity. Balstrode, a retired merchant skipper, advises Grimes to take his boat out to sea and sink it. At the end of the final act, Grimes sets sail for his dark, final journey. The next morning, the village goes about its business as if nothing has happened. Coast Guard reports of a ship sinking off the coast are dismissed as “one of these rumours.”

You can read the complete synopsis of Peter Grimes here. The story is based on The Borough, a collection of poems by George Crabbe published in 1810. While Crabbe’s Grimes is overtly evil and sadistic, Britten’s character is far more complex and ambiguous. He is the ultimate tragic and misunderstood figure- far from a hero, but also not completely a villain.

The sea, with all of its changing moods, remains an eternal presence throughout the opera. Britten alluded to this when he wrote,

I wanted to express my awareness of the perpetual struggle of men and women whose livelihood depends on the sea.

It’s the opera’s four orchestral interludes, performed in concert as Four Sea Interludes from “Peter Grimes”, Op. 33a, which pull us out of the human drama and into the vast, timelessness of the sea. Unlike the human-propelled events of the story, the sea is neither moral or immoral. It just is.

The first interlude, Dawn, forms the transition between the Prologue’s “trial scene” and the first act. The bright, shimmering orchestral colors evoke sunlight glinting off the water amid the play of waves. An undercurrent of anxiety seems to lurk beneath the surface of this otherwise serene music. The second interlude, Sunday Morning, shatters the tranquility with the chiming of church bells. This is the music which opens Act II, when the Borough gathers for church. Listen to the way this jolting music grows in excitement and anticipation as new “voices” enter. The third interlude, Moonlight, is the prelude to the final act. Here, we return to the calm, dark expanse of the sea. The tumultuous final interlude, Storm, is heard during a scene change in the first act. This music suggests the sea’s awesome, untamable power- a force which both sustains and threatens life. Listen for that moment of respite near the end which seems to encapsulate all of the sea’s grandeur and mystery.

The other prominent orchestral interlude in Peter Grimes is this Passacaglia which opens Act II, Scene II. With each chilling repetition of the ostinato bass line, we’re drawn deeper into Grimes’ inner hell. There’s a visceral sense of hopelessness as the rigid seven-note motive grinds on, persistently reminding us that there is no escape.

Near the end of Act I, Now the Great Bear and Pleiades takes us deep into the lonely inner world of Peter Grimes. Here, we sense the individual alone and adrift in a vast universe. The multiple, layered divisi voices of the strings- a uniquely English sound we hear from Finzi to Vaughan Williams- provides a rich, celestial backdrop. Grimes’ soliloquy concludes with a single, heartbreaking question:

Who can turn skies back and begin again?

Glitter of waves / And glitter of sunlight / Bid us rejoice / And lift our hearts on high.

These are the opening lines of Ellen Orford’s aria at the beginning of Act II:

In the final act’s Embroidery Aria, Ellen Orford identifies the body of Grimes’ apprentice boy based on a piece of clothing she gave him. This is the heart wrenching moment when Ellen turns against Peter Grimes, leading to his eventual suicide.