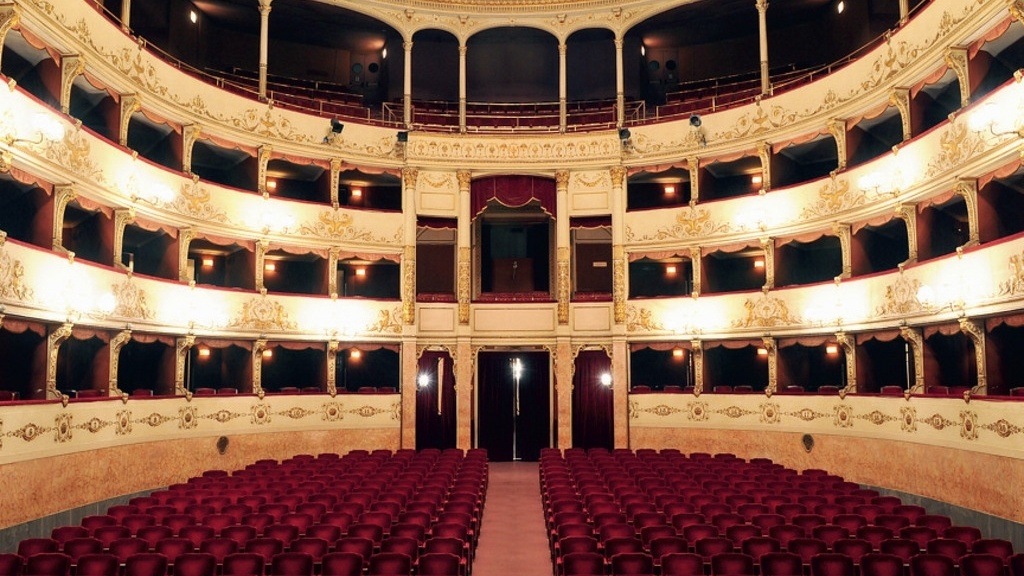 Today marks the 300th anniversary of the re-opening of Florence’s Teatro della Pergola (pictured above). Still in use today, Italy’s oldest opera house saw the Italian premieres of most of Mozart’s operas,  Donizetti’s Parisina and Rosmonda d’Inghilterra, Verdi’s Macbeth, and Mascagni’s I Rantzau. Before opening to the public in 1718, the building was used as a court theater of the Grand Dukes of Tuscany.

The Teatro della Pergola re-opened with Antonio Vivaldi’s three-act opera, Scanderbeg, based on the fifteenth century Albanian military hero. Vivaldi wrote the opera specifically for the occasion. While Antonio Salvi’s libretto remains intact, all that remains of Vivaldi’s music are four arias and two recitatives, discovered among the composer’s manuscripts in Turin.

The celebratory Con palme ed allori is filled with trumpets and other heroic sounds of the battlefield. Listen for the imitative duet between voice and trumpet:

1 thought on “Picking up the Pieces of Vivaldi’s “Scanderbeg””