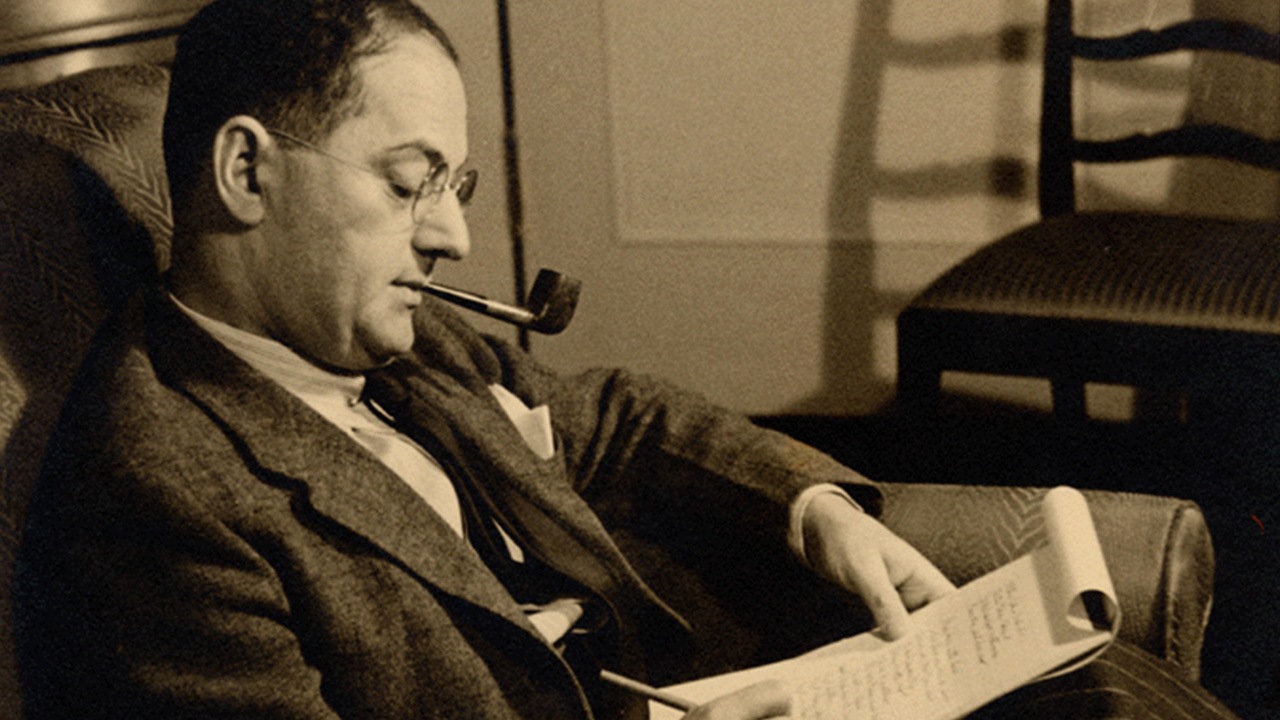 George Gershwin passed away on this date (July 11) in 1937 at the age of 38. Doctors diagnosed brain cancer as the the cause of death.

The songwriting team of George and Ira Gershwin produced over two dozen scores for Broadway and Hollywood. They are credited with elevating the sophistication of Broadway theater as an art form with shows such as Strike Up the Band, Of Thee I Sing, and Let ‘Em Eat Cake. Porgy and Bess, with a libretto by Ira Gershwin and DuBose Heyward, remains one of the most important American operas.

Following his brother’s death, lyricist Ira Gershwin collaborated with other composers, including Kurt Weill, Jerome Kern, Harold Arlen, Burton Lane, Vernon Duke, and Harry Warren. His work with Warren included the song, There is No Music, written for the 1949 film, The Barkleys of Broadway. Following Easter Parade, the film was originally conceived for Fred Astaire and Judy Garland. Garland was later replaced with Ginger Rogers.

There is No Music was eventually cut from the film. But Warren’s beautiful and melancholy melody is now performed by Michael Feinstein, the great American songbook revivalist. In his 20s, Feinstein moved to Los Angeles where he developed a close association with an 80-year-old Ira Gershwin. Gershwin hired Feinstein to catalogue his extensive collection of historic phonograph records. This association, which lasted for seven years until Gershwin’s death in 1983, formed the basis of Feinstein’s life-long advocacy for this important American music.

As you listen to Feinstein’s performance of There is No Music, pay close attention to Ira Gershwin’s lyrics:

Gone is the singer, Lost is the song.

Set to a melody which takes sudden half-step turns and harmonically inhabits a poignant minor, these haunting words are filled with heartbreak and loss. The song’s bridge, which moves into major as a lilting Viennese waltz, conjures up wistful memories, but in the end we’re left with despair and “silence” –certainly not the stuff of a Fred Astaire-Ginger Rogers film.

Through this lyric, Ira seems to be mourning the loss of his brother and the “glitter” of earlier years.

They Can’t Take That Away From Me

Luckily, the great songs of George and Ira Gershwin are not lost. We’ll finish up with another song written for Fred Astaire- They Can’t Take That Away From Me from the 1937 film, Shall We Dance. Following the original film clip is an excerpt from The Barkleys of Broadway, where the song was also included.

Listen to the quietly euphoric way this melody continually reaches higher in range before falling back home. The orchestral interlude music sounds as if it would be at home in An American in Paris.

1 thought on ““There is No Music”: Ira Gershwin’s Poignant Remembrance?”