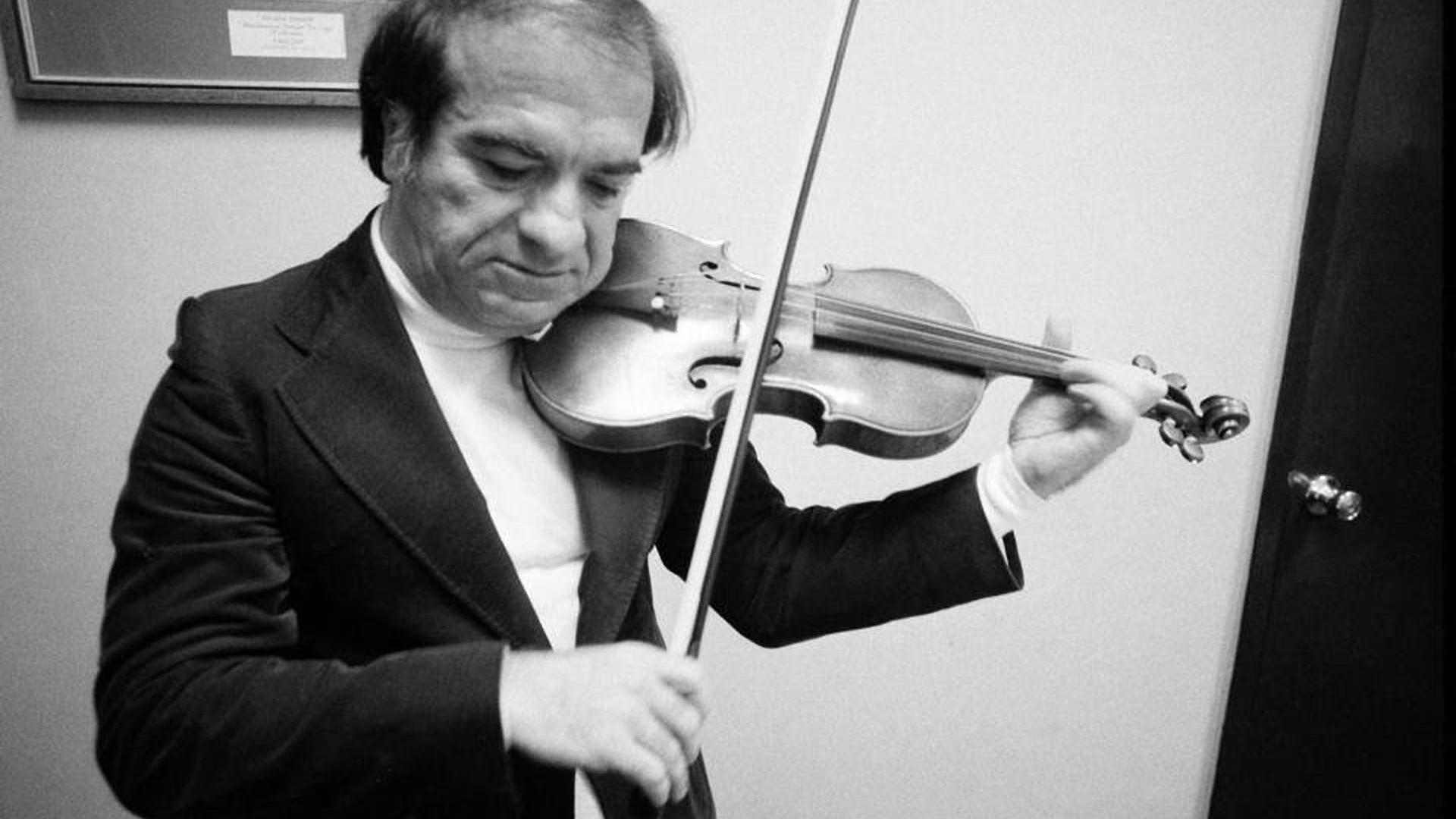 You have to try for the impossible, just in order to make the possible possible.

Tomorrow marks the 100th anniversary of the birth of one of the twentieth century’s greatest violinists, Ruggiero Ricci (1918-2012).

Born near San Francisco to Italian immigrant parents, Ricci exploded onto the scene as a child prodigy, performing his first public concert in 1928 at the age of 10. At the age of 7, he began studying with Louis Persinger, the teacher of Yehudi Menuhin. Ricci later described his childhood as unhappy. Gossip columns detailed a bizarre custody battle which erupted between Ricci’s parents and Persinger’s assistant, Beth Lackey. He felt exploited as a commodity. Ricci said,

If it weren’t for Menuhin, I wouldn’t be here. He is four years older than I am, and he got everyone thinking about prodigies. But believe me, when you find a prodigy, you find an ambitious parent in the background…When I was nine or ten, it was beautiful fiddle playing. By the time I was twelve I was a fiasco.

But Ricci was able to escape his prodigy childhood and develop into a mature violinist. During the Second World War, he enlisted in the Army Air Force, performing for troops as an “Entertainment Specialist.” In 1947 he became the first violinist to record the complete unaccompanied set of Paganini’s 24 Caprices. He performed actively into his nineties, offering insights into violin technique. Perhaps he was one of the last violinists to have a truly distinctive, recognizable sound. In his book, Great Masters of the Violin, Boris Schwarz writes,

His style stresses virtuosity, the slashing attack, the daredevil approach. Though he has a beautiful tone…there is little repose or lyricism in his playing. But it is grand-style fiddle playing without plumbing great depths. The brio and fire make up for a lack of charm and sensitivity.

Here is Ricci at the age of 12, accompanied on the piano by Persinger. This recording was made in June, 1930:

Throughout his career, Ricci made four recordings of the Paganini Caprices. The final, released in 1988, was performed on Paganini’s violin, the “Cannone” del Gesu. Here are the first twelve Caprices from the original 1947 recording:

Ricci’s teacher Louis Persinger was a student of the great Belgian violinist, Eugène Ysaÿe (1858-1931). Ysaÿe wrote Six Sonatas for solo violin in July, 1923. Each is dedicated to a violinist who was a contemporary of Ysaÿe. The final Sonata, which is inspired by the habanera, was dedicated to the Spanish violinist, Manuel Quiroga.

Ricci is accompanied by Pierre Cao and the Luxembourg Radio Orchestra in this recording from 1990:

Ricci’s 1991 recording of the Brahms Violin Concerto with Norman Del Mar and the Sinfonia of London offers a showcase of sixteen cadenzas. This is the moment in the first movement of a concerto, usually just before the final resolution, when the solo violin embarks on a freewheeling, improvisatory romp based on the movement’s main themes. A cadenza by Ferruccio Busoni takes the unusual step of including the orchestra. Ricci includes the cadenzas of Ysaÿe, Kreisler, Heifetz, and Milstein, and concludes with his own.