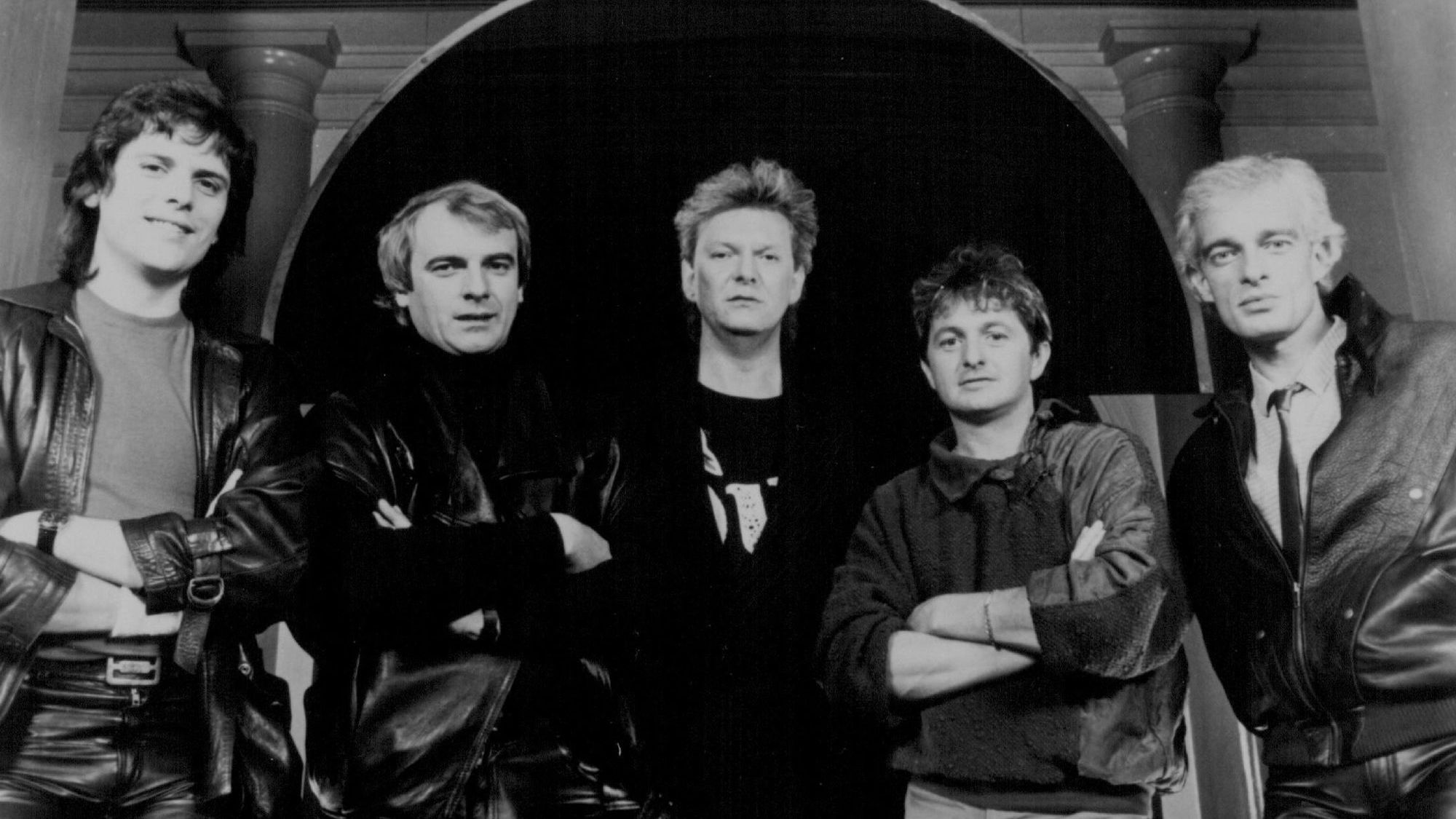 Rick Beato offers a fascinating analysis of the Yes song, “Roundabout,” at his Youtube channel, Everything Music. His deconstruction showcases the incredible virtuosity and musicianship of the English progressive rock band’s members, including the late bassist Chris Squire and vocalist Jon Anderson. We also get a sense that Yes didn’t just write catchy songs, but rather, extended, symphonic, works of art, filled with innovative electronic processing techniques such as “backwards piano” and double tracked vocals. Amazingly, the musical adventure which is “Roundabout” begins and ends with an intimate guitar riff that sounds as if it might have stepped out of the English Renaissance lute music of John Dowland.

I’ve been a huge fan of Yes ever since I played with them, years ago, in a backup orchestra. “Roundabout,” from the 1971 Fragile album, is one of their earlier hits. But for today, let’s fast-forward to the group’s eleventh studio album from 1983. 90125, named after the label’s catalogue number for the record, has a slightly different sound, partly because of the infusion of South African musician Trevor Rabin (guitars, keyboards, vocals), and the work of producer Trevor Horn. Rabin’s “Owner of a Lonely Heart” topped the charts as the album’s biggest hit. In this 2011 interview, Trevor Horn talks about the development and re-writing of the song, which the band initially resisted recording. The second track, “Hold On,” features a powerfully held-back groove and a chorus of soaring, wide-open vocals.

Composed primarily by Chris Squire and Trevor Rabin, “It Can Happen” was released as the third single from the 90125 album. It opens with a surprising splash of color from the sitar. The Persian instrument had been used by other bands, such as The Beatles and The Rolling Stones.

In this opening, listen to the way our sense of the downbeat is temporarily thrown off by the drum’s backbeat, along with other entering voices. The “suspended” feeling of this opening foreshadows one of the song’s most thrilling moments, which occurs much later (beginning at 3:47) around the Golden mean. As our ear focuses on the drum’s backbeat and the downward spiraling riff in the guitar, the entrance of the staccato vocals, in canon, seems to halt time and create a sense of spinning, rhythmic vertigo. All of this finds a euphoric release in the final chorus, where the bass provides a defiantly-growling pedal.

The dialogue heard faintly under the guitar solo, 3 minutes and 13 seconds into the song, is an excerpt from Oscar Wilde’s 1895 comedy, The Importance of Being Earnest.

“Changes,” written primarily by Trevor Rabin, opens with a sequenced xylophone pattern (programmed on a Fairlight CMI synthesizer) which vaguely suggests the minimalism of Terry Riley. Throughout the introduction (by drummer Alan White), listen to the way this pattern develops through persistent repetition, as new voices enter, sometimes mirroring the original pattern in contrary motion.

Rhythm and groove are the central elements of what makes “Changes” so exciting. In the chorus (first heard at 2:25), listen to the way the snarling guitar and vocals weave around the persistently-repeating pulse. On the words “…this good fortune,” notice how the vocal line sneaks ahead of the prevailing beat, creating the same kind of vertigo effect we heard in “It Can Happen.” The gradually-rising, almost frightening, tension of the final minute of the song (beginning at 5:07) gives us the sense that we’re confronting an unrelenting and ominous power.

The final hook of “Roundabout” features distinctive vocal counterpoint which occurs throughout Yes‘s work. “Leave It,” the second single from the album, is built around this kind of vocal counterpoint. As with the work of jazz singer Bobby McFerrin, the voices provide the song’s rhythmic groove as well as its clear, soaring harmony. “Leave It” was sampled in Orbital’s 1992 track, “Halcyon.”