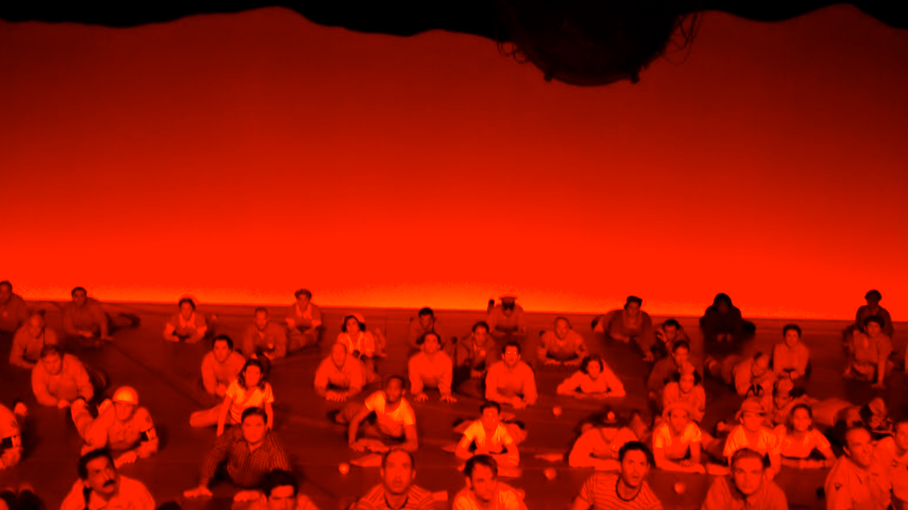 In a 1987 interview with Edward Strickland, John Adams discussed myth and archetype in relation to his new (at the time) opera, Nixon in China:

…My Nixon is not the historical Richard Nixon, he is every President. I take him to be an archetype of an American head of state- maybe not even necessarily a head of state, just any emotionally undeveloped man who finds himself in a position of tremendous power. It’s a particularly American figure we’ve developed. If you take that as a given and try to forget the Nixon of Checkers and Watergate, I think it immediately becomes a more interesting opera. My Nixon has as much relationship to the real Nixon as Shakespeare’s Julius Caesar does to the Roman emperor.

…I use the term archetype because opera, if it’s to be successful, has to function on a mythic level. Otherwise it’s utterly ridiculous to have these people running around the stage screaming at the top of their lungs. But for me as an American today the myths aren’t King Lear or Odysseus but historical figures and events, cultural focal points often blown up by the media into a mythological dimension in the way that Andromache meant something very specific to the Greeks. I think that’s enough to do me for a lifetime of work.

Myth and archetype surround Adams’ 2005 opera, Doctor Atomic. There are obvious shades of Faust in the plot, which centers around U.S. physicist and Manhattan Project director J. Robert Oppenheimer and the development of the atomic bomb. The opera’s first act takes place about a month before the first test detonation of the bomb in the New Mexico desert. The second act is set in the early morning of July 16, 1945, the day of the detonation, code named, “Trinity.”

Plot progression is usually a key element of opera. But in the second act of Doctor Atomic, time seems to slow down as tension and fear mount. The scientists discuss their uncertainty of what will happen, conceding the possibility that the bomb could ignite the Earth’s entire atmosphere- an apocalyptic theory at the time. Time seems to stop in the final moment before the bomb’s detonation, when the curtain falls.

Doctor Atomic opens with the sounds of a dehumanized, mechanized world. The first two minutes are purely electronic music, made by Adams with recordings of power tools. Then, we hear music reminiscent of a 1950s science fiction horror soundtrack:

In Act I, Scene II, we hear Kitty Oppenheimer’s dreamlike aria, “Am I in your light?” The setting is the Oppenheimer’s bedroom in the middle of the night. Kitty laments her husband’s total absorption in his work as she unsuccessfully attempts to distract him from his reading. The words are taken from Muriel Rukeyser’s poem, “Three Sides of a Coin.” Julia Bullock can be heard on this newly-released recording on the Nonesuch label:

John Donne’s sonnet “Batter My Heart, Three-Personed God” forms the text for Oppenheimer’s powerful aria at the end of Act I, performed here by baritone, Gerald Finley. With the bomb’s prototype suspended above him, Oppenheimer, alone on the stage, is confronted with the power he is about to unleash.

I think opera is in danger of marginalizing itself as a really important and decisive element on the cultural radar screen. And I think if opera is actually going to be a part of our lives and if operas are going to express what it means to be alive right now as an American in 2005 with the kind of, you know, anxieties and consciousness that we carry around with us, I think it has to deal with contemporary topics. I think that the atomic bomb, in particular, is an intensely important theme because the moment that bomb went off we switched. The human species changed from being a part of all the other species who are sort of living on this planet to the medium or the instrument through which the Earth potentially could be destroyed.