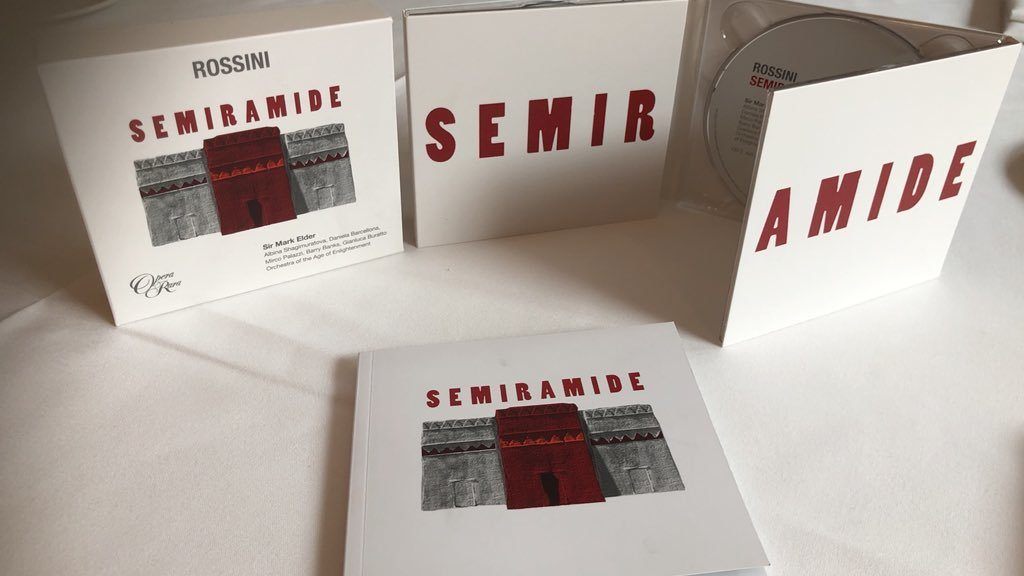 “Rossini’s music is primarily rhythmic,” says British conductor Sir Mark Elder. “It bubbles. Even in the saddest music, there is a sense of bubbling going along underneath.” According to Elder, control of the tempo is more important than the tempo, itself. It is a sense of collective precision that keeps the audience “leaning forward.”

Sir Mark Elder and the Orchestra of the Age of Enlightenment put these concepts to work in a new studio recording of Rossini’s Semiramide. Based on Voltaire’s tragedy, this is the last and longest of the 32 operas Rossini wrote for Italy. Regarding the work, the musicologist Rodolfo Celletti wrote,

(It) was the last opera of the great Baroque tradition: the most beautiful, the most imaginative, possibly the most complete; but also, irremediably, the last.

In this new album, Elder strips away the “inflated” sound world of past Semiramide recordings to reestablish a sense of classical balance and proportion. With the period instruments of the Orchestra of the Age of Enlightenment, he attempts to create a more singing and transparent sound- something closer to speech. We’re transported back to the intimacy of Venice’s Teatro La Fenice where Semiramide was first performed in February, 1823.

The overture to Semiramide may be the only instance in which Rossini quoted music from the opera in an overture. (Often, the overtures were tacked on after the completion of opera, and in some cases they were interchanged between operas). But this effervescent music gives no hint of the dark drama which follows, with its echos of Shakespeare’s Macbeth. The plot involves a Babylonian queen who has conspired to kill her husband. Unbeknownst to her, the man she intends to marry is really their long-lost, and presumed to be dead, son.

Here is a clip from the recording session: