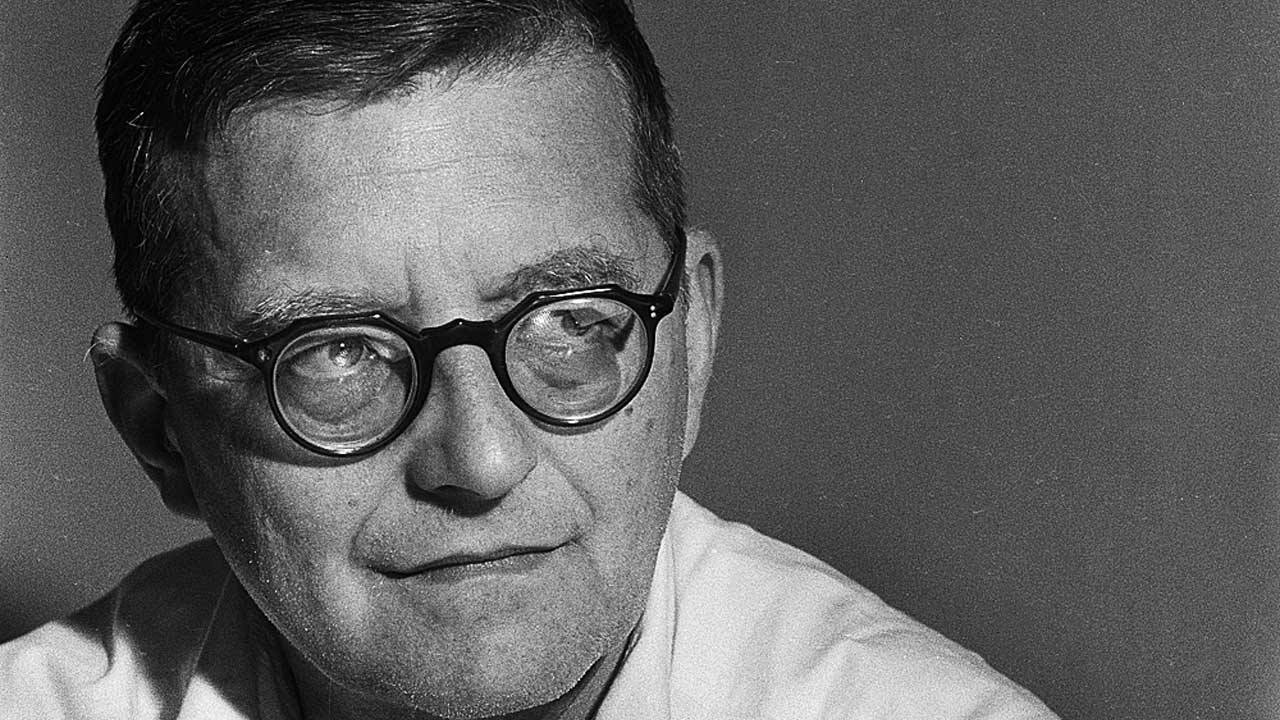 “What does it mean?”

You may find yourself asking this question as you listen to Dmitri Shostakovich’s Symphony No. 15 in A Major. This final Shostakovich Symphony, written in a little over a month during the summer of 1971 as the composer faced declining health, is filled with persistent and unsettling ambiguity.

First, there are the strange, inexplicable quotes and fleeting allusions to music of earlier composers, as well as cryptic references to Shostakovich’s previous works. It begins only a few minutes into the first movement with a fragment from Rossini’s William Tell Overture, heard in the trumpets. From the first bars, there are echos of the “William Tell” rhythm. But when the quote arrives, it jolts us with its banality. Heard in the wrong instrument (in the original it is played by the strings with ricochet bowing) and the wrong tempo, the motive is stripped of its original meaning. It becomes the kind of sardonic joke that might elicit uncomfortable laughter. A few moments later, the trumpet fanfare openings of William Tell and Mahler’s Fifth merge.

As the Symphony unfolds, references to Mahler, Strauss (Ein Heldenleben), Rachmaninov, and Beethoven’s Egmont Overture emerge. (Could this be an echo of the stepping bass line in the final movement of Brahms’ First Symphony?) In the final movement, we hear the “Fate motive” from Wagner’s Ring Cycle. A fragment from the Prelude of Wagner’s Tristan und Isolde melts into a ghostly remembrance of Glinka’s beautiful and melancholy song, “Ne iskushay menya bez nuzhdï” (“Do not tempt me needlessly”), the final lines of which intone the ultimate farewell to life:

Do not augment my anguish mute;
Say not a word of former gladness.
And, kindly friend, o do not trouble
A convalescent’s dreaming rest.
I sleep: how sweet to me oblivion:
Forgotten all my youthful dreams!
Within my soul is naught but turmoil,
And love shall wake no more for thee.

Characters from Shostakovich’s previous works take the stage, from the trombone glissandos of scandal-inducing opera, Lady Macbeth of the Mtsensk District, to the Second Cello Concerto, the Scherzo of the Fourth Symphony, the Fifth Symphony’s triumphant culmination, and a veiled statement of Seventh Symphony’s “Invasion Theme.” These kinds of spontaneous, uncontrollable references can be heard throughout Mahler’s Symphonies. In Shostakovich’s Fifteenth, they seem to reach a fevered climax. It’s the ultimate farewell to the Symphony, and to life, itself.

Even Shostakovich was at a loss when he was asked to explain the significance of all of these quotes. He told his friend, Isaak Glickman,

I don’t myself quite know why the quotations are there, but I could not, could not, not include them.

There are other enigmatic references throughout the Symphony. The five-note motive in the opening of the first movement (E-flat-A-flat-C-B-A) translates in German notation to “SASCHA,” the name of Shostakovich’s nine-year-old grandson. Additionally, the composer seems to have thrown out false clues about the “meaning” of the music. He said that the first movement “describes childhood, a toy-shop with a cloudless sky above.” Yet the music is far from innocent or childlike. The conductor Kurt Sanderling has noted,

In this “shop” there are only soulless dead puppets hanging on their strings which do not come to life until the strings are pulled. (It) is something quite dreadful for me, soullessness composed into music, the emotional emptiness in which people lived under the dictatorship of the time.

Ambiguity is present in the Symphony’s final moments. At the end of the last movement, a shimmeringly colorful chord from Wagner’s “Tristan” (heard earlier) sets the stage for one of the strangest endings in all of symphonic music. Endlessly unfolding motives continue to dance and play while slowly enveloped in a prolonged and sustained open fifth. The sparkling added third of the celesta has the final word.

So what does this music actually mean? Ultimately, this is an unsolvable enigma. To hear what the music truly has to say, we must just listen…