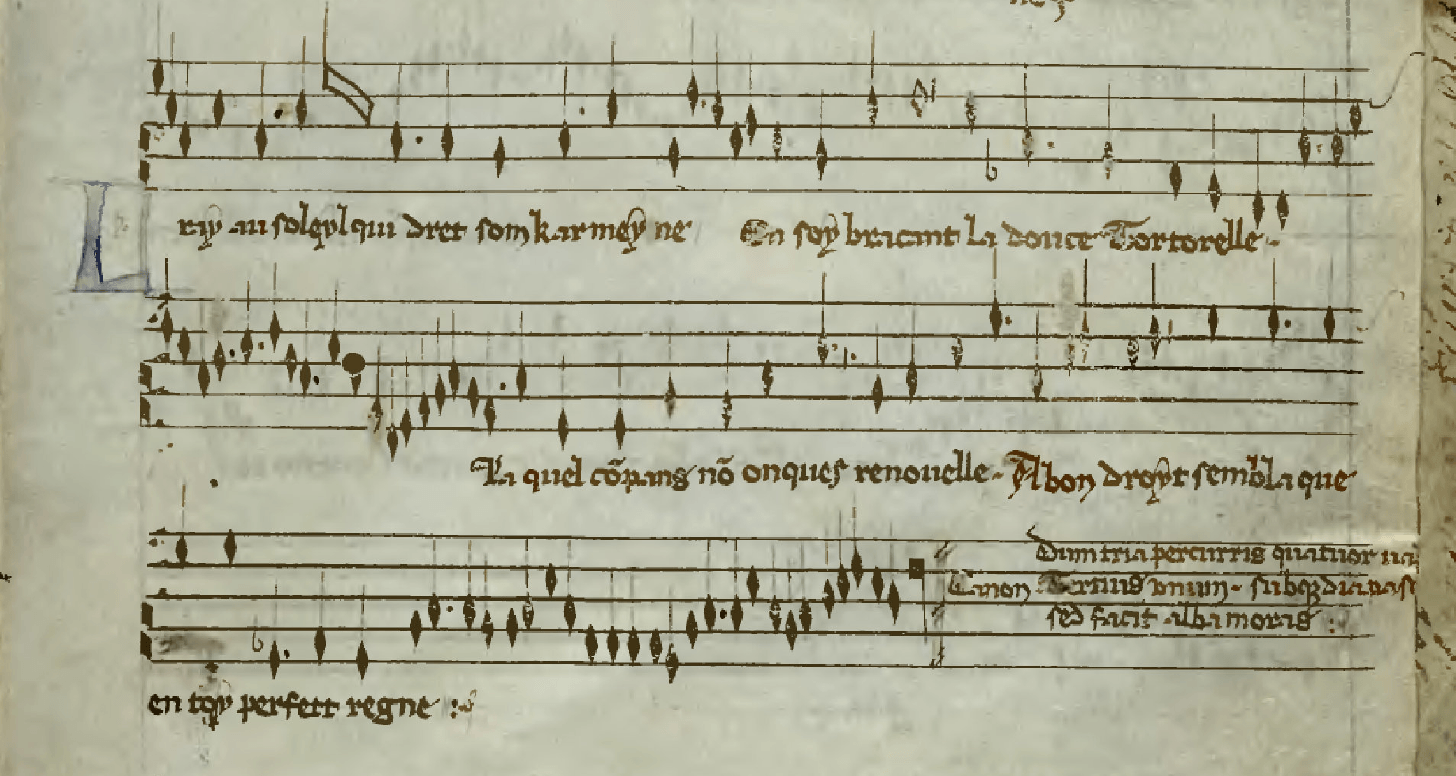 There is an interesting passage about four and a half minutes into the first movement of Shostakovich’s Symphony No. 15 which may have caught your ear if you dropped by for Wednesday’s post:

Did you hear that wandering, chromatic line which begins in the violins? Two additional lower string voices enter in succession with the same line at consecutively slower rates of speed. For a moment, before the episode is cut off by the trumpet fanfare, we feel as if we’re trapped in a possibly infinite matrix. Perhaps time is only an illusion?

This technique of combining two or more identical musical lines at different rates of speed is known as a prolation canon. It’s a kind of imitative counterpoint which was popular in the medieval and Renaissance eras. One early example is Le ray au soleyl by Johannes Ciconia, born sometime around 1370 in Liège. (The manuscript for this work is shown, above). There are some interesting similarities between this music and the minimalism of Steve Reich which came some 600 years later:

Another example can be found in the opening of the Agnus Dei II from Missa l’homme armé super voces musicales by Josquin des Prez, born around 1450. The original score shows only one line of music with notations indicating the three prolations to be used:

The prolation canon shows up in J.S. Bach’s Canon a 4 per Augmentationem et Diminutionem, the final movement of 14 Canons, BWV 1087. It’s built on the same repeating bass line we hear in Bach’s Goldberg Variations.

In Estonian composer Arvo Pärt’s Cantus in Memory of Benjamin Britten, written in 1977, we hear a series of falling A minor scales across five voices. Each group enters an octave lower and at half the speed, creating a feeling of falling through endless depths. The piece is framed by silence, which is written into the score at the beginning and end.

1 thought on “Exploring the Prolation Canon”