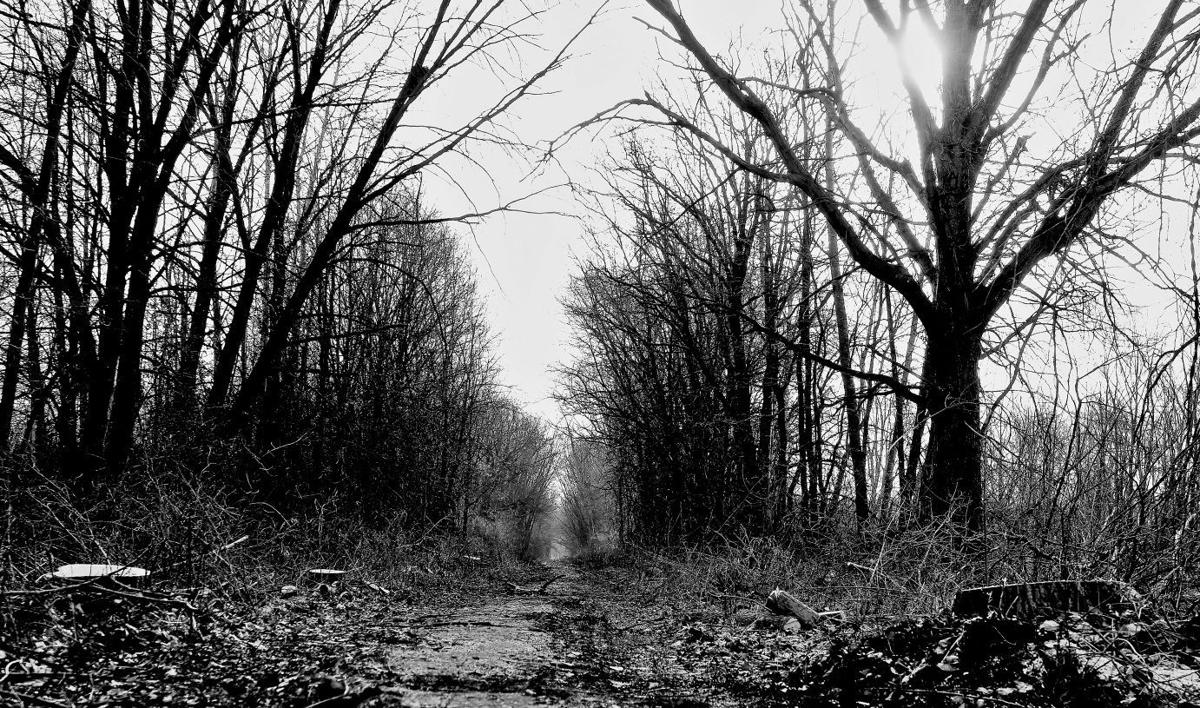 Things were turned upside down. There were terrifying things in the air… they found their way into Black Angels.

Black Angels, a work for “electric string quartet” by American composer George Crumb (b. 1929), pulls us into a terrifying, nightmarish soundscape. Completed in March, 1970, the piece has been associated with the apocalyptic zeitgeist of the Vietnam era. Yet the strange, disturbing voices which haunt this music seem to transcend any one historical moment. Even Crumb, who lists Bartók, Debussy, Mahler, and Messiaen among his influences, does not seem to be sure of their origin.

Black Angels inhabits an electronically-amplified, contemporary sound world. The composer asks that the volume be raised “to the threshold of pain.” The string quartet steps halfway into the percussion section, frequently employing a wide array of nonconventional sounds and tone colors. The score calls for spoken words (whispering, chanting, and counting in a variety of languages), two suspended tam-tam gongs, and the ethereal tones of crystal glasses. As the piece unfolds, these disparate elements become characters in a mysterious and inexplicable drama.

There is a fascinating spacial dimension at work in Black Angels. Occasionally, we get the unsettling sense that we’re hearing distant, indistinguishable echoes- the kinds of vague, far-off sounds that make us wonder if our ears are playing tricks on us. These may be the most frightening moments in the piece. In an interview with Edward Strickland, Crumb draws interesting parallels between his perception of sound and the remote Appalachian valleys of his native West Virginia:

Black Angels is set in three sections, Departure, Absence, and Return. The divisions within the movements make up “Thirteen images from the Dark Land.” Structurally, the piece is filled with numerological symbolism. The first movement opens with something akin to swarming insects which become a prominent motive throughout the piece. Later, you’ll hear quotes of the Dies irae, the ancient chant of the dead we explored in Wednesday’s post. The second movement opens with a ghostly remembrance of the second movement of Schubert’s Death and the Maiden.

Close your eyes and listen. Then, in you feel inspired, please share your perceptions of the music in the comment thread below.

Threnody I: Night of the Electric Insects (tutti)

Sounds of Bones and Flutes (trio)