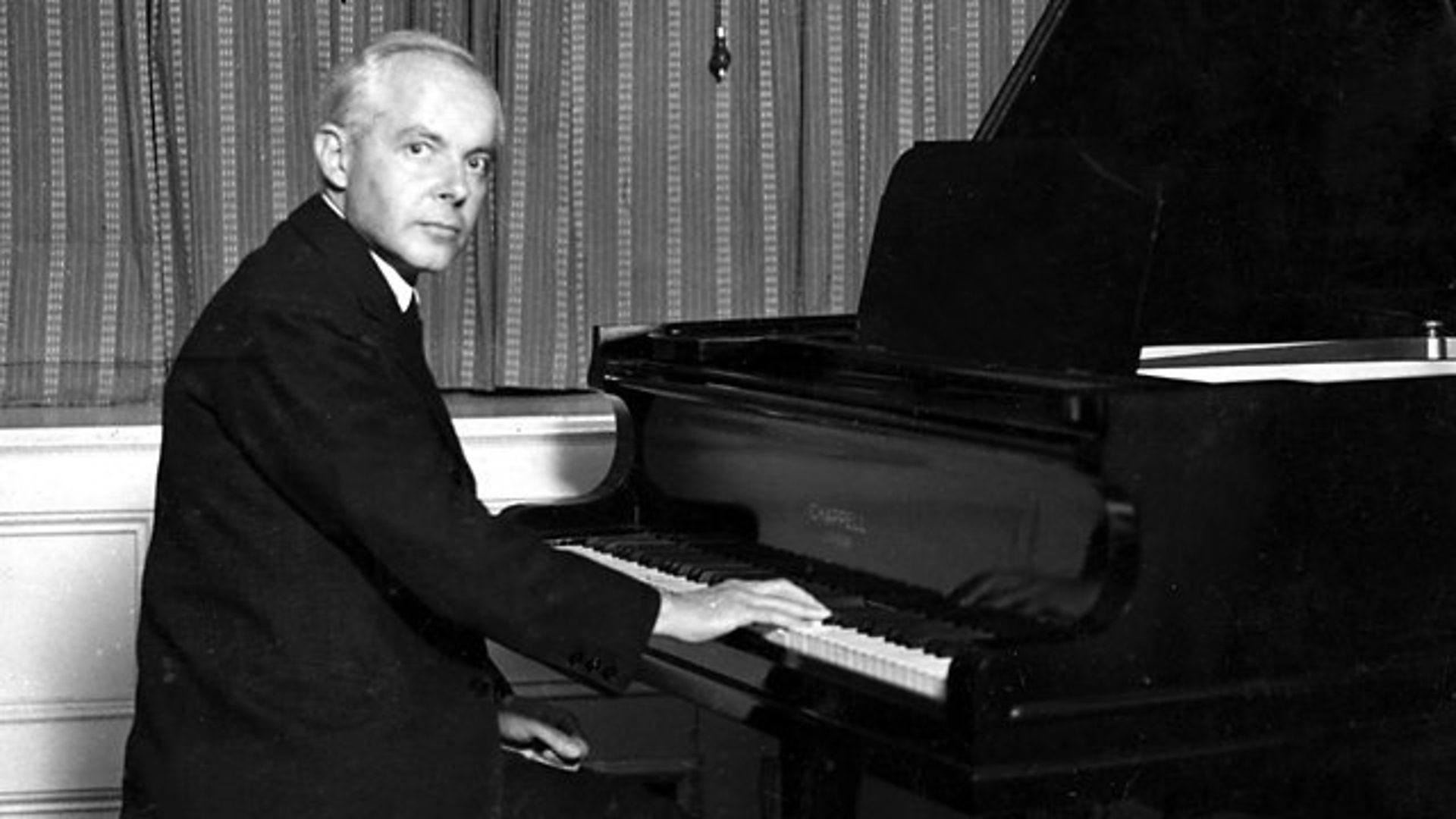 From an intricately woven spider web, to the crystalline perfection of a snowflake, to the proportions of a sea shell, nature is filled with logical structures, pleasing mathematical ratios, and stunning symmetries. In the natural world, there is a sense that it could only be as it is. Nothing is wasted. The closer you look, the more you become aware of an infinite and awe-inspiring underlying order.

Listening to Béla Bartók’s ghostly Music for Strings, Percussion and Celesta, you get a similar sense. If you dig just beneath the surface and examine the structure of this monumental twentieth century work, you begin to discover a haunting sense of symmetry. Every note feels inevitable, as if the entire piece was composed by nature.

The seeds for the entire four movement work are contained in the first movement’s opening fugue subject. Centered on A, each new voice enters a fifth apart (alternating higher and lower), moving around the circle of fifths. The fugue reaches a climax in E-flat, the farthest distance from A. Then, it begins to work backwards in inversion. The original and inverted versions of the subject come together at one sublime moment near the end of the movement. All of the key structural points relate to the Golden ratio. This entire beautiful structure has been studied and mapped.

While it’s always fun to “look under the hood,” all of these technical details fade into irrelevance as you listen to Music for Strings, Percussion and Celesta. That’s when you realize that this is some of the most spine-chilling and terrifying music ever written. The gradually developing first movement (Andante tranquillo) begins with a veiled murmur of shifting voices in the muted strings which grow in number with persistent and frighteningly unstoppable regularity.

The second movement (Allegro), set in sonata form, erupts into a swirling drama of conversing voices. Bartók’s division of the strings into two groups, placed on opposite sides of the stage with the percussion in the middle, opens the door to some antiphonal magic. We hear glissandi in the timpani and tensely exhilarating rhythmic “chase music” which seems to foreshadow Bernstein’s West Side Story. This music is derived from a brief movement from Bartók’s Mikrokosmos solo keyboard collection entitled The Village Joke.

The third movement (Adagio) takes us into the eerie, atmospheric world of Bartók’s “Night music.” We hear the strange, nocturnal hum of nature, distant frog calls and the hushed murmur of a million buzzing insects in a lonely, starlit field. The first movement’s theme emerges briefly. Listen to the quiet terror of this passage.

The final movement explodes into a vibrant, wildly joyful folk dance. Specifically, we hear the jagged, unequal frivolity of the Bulgarian folk rhythm. Just before the end, listen for the Bartók “snap” pizzicato in which the string is pulled and allowed to slap against the instrument’s fingerboard. In the final minutes, there is a triumphant return of the first movement’s opening fugue subject.

Written in 1936 in response to a commission from Swiss conductor Paul Sacher and the Basler Kammerorchester, this music clearly influenced many later Hollywood horror film scores. You will recognize the Adagio movement from Stanley Kubrick’s 1980 film, The Shining. But in the end, Bartók’s Music for Strings, Percussion and Celesta stands on its own, free of programmatic associations, to deliver the ultimate terrifying musical drama.

1 thought on “Bartók’s “Music for Strings, Percussion and Celesta”: A Haunting Symmetry”