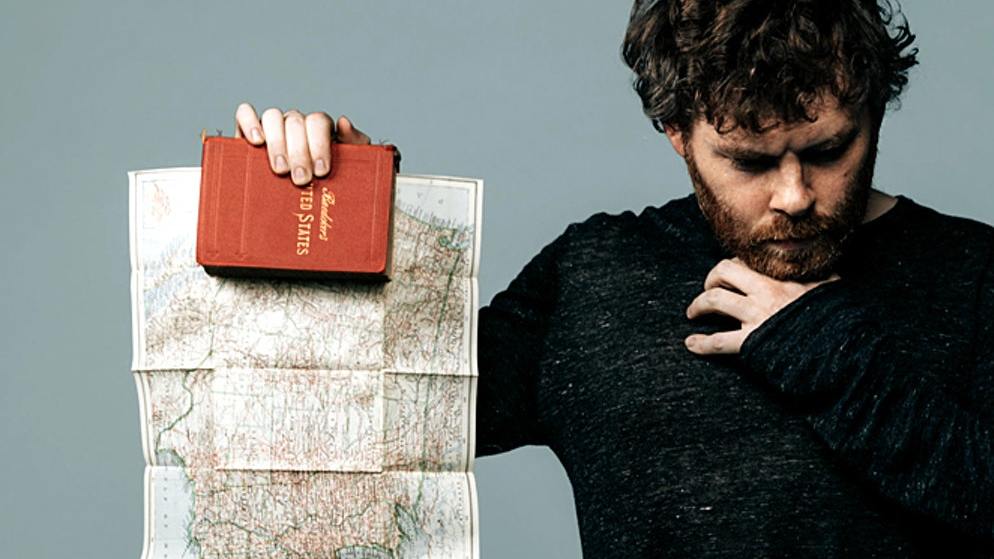 November is the haunting opening track of Book of Travelers, a new album released in late August by New York-based composer/singer-songwriter Gabriel Kahane. The album was inspired by the conversations Kahane had with strangers during a two-week-long Amtrak journey across the United States in November, 2016. In the final lines of November, the train becomes a means of “escape,” perhaps a metaphor for the restless westward expansion of the American frontier days.

As November progresses, its harmonic center begins to waver in fascinating ways. Sudden, brief harmonic shifts keep us off balance. More than once, November veers subtly towards polytonality (music which is in more than one key, simultaneously). The spirit of Charles Ives seems to smile through the chord at 2:29, as well as some of the harmony which follows. In between verses, we hear bright, magical, splashes of color in the piano’s upper register.

Defying category and label, Gabriel Kahane continues to enrich and build upon the American art song.