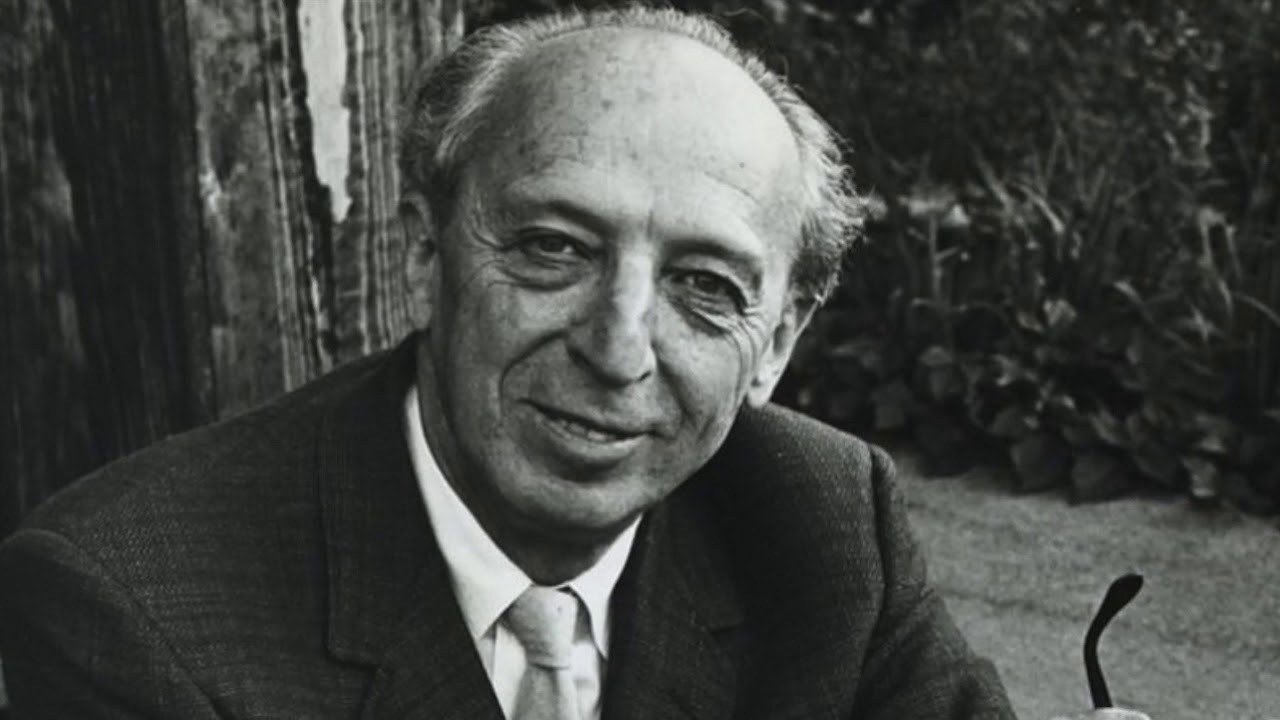 Today marks the 118th anniversary of the birth of American composer Aaron Copland (1900-1990). In celebration, let’s listen to a clip of Copland conducting his exuberant orchestral tone poem, El Salón México, as part of a New York Philharmonic Young People’s Concert, recorded on November 12, 1960. In the episode, entitled Happy Birthday Aaron Copland, Leonard Bernstein stresses the youthful, distinctly American vitality of Copland’s music, from An Outdoor Overture, to the Hoe Down from Rodeo, to excerpts from Early American Songs, performed by bass-baritone William Warfield.

El Salón México, completed in 1936, is a musical postcard from Copland’s travels south of the border. Quoting Mexican folk melodies, the piece was inspired by the composer’s visit to a Mexico City nightclub, El Salón México. We hear three musical styles, evoking a procession through the club’s three dance halls: one occupied by the upper-class, another by the working class, and another by the foot-stomping peasantry.

This performance includes prominent clarinet solos by Stanley Drucker, who in 1960 was in the first year of his legendary 49-year tenure as the New York Philharmonic’s principal clarinetist. (He performed with the orchestra for an astonishing 61 years in all). In the final bars, watch as Leonard Bernstein leaps in from the wings with a boyish grin to play the piece’s concluding bass drum “whack”:

You can feel the swirling, unabashed exuberance of Latin American dance in all of those irregular rhythmic meters which pull us in multiple directions. There seems to be a nod to the witty neoclassicism of Stravinsky in this polytonal passage, where the walking bass line is blissfully unaware that it is in the “wrong” key. Notice the way the piece’s “heartbeat” seems to gradually accelerate until we suddenly arrive at this joyful climax. The spirit of the entire piece seems to be encapsulated in the sunny, naive optimism of the inner voices and crunching harmony of this moment (around the 4:55 mark, below).

Here is Leonard Bernstein’s live concert recording with the New York Philharmonic in 1962: