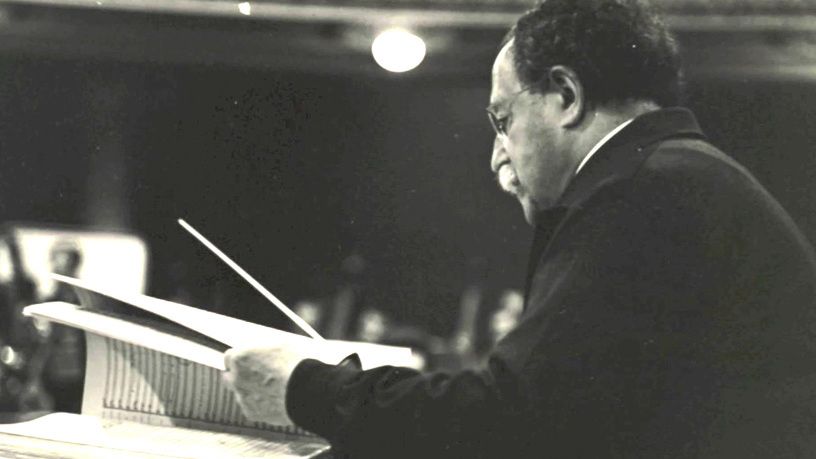 You may give an excellently played, genuinely felt performance of a movement, but because the engineer is not satisfied, because there is some rustling at one point, so you do it again and this time something else goes wrong. By the time you get a “perfect” take of the recording the players are bored, the conductor is bored, and the performance is lifeless and boring. … I detest all my own records.

Earlier in the month, we heard Igor Stravinsky’s arrangement of “Happy Birthday,” written in 1955 in celebration of the eightieth birthday of the French-American conductor, Pierre Monteux (1875-1964). In that post, I included Monteux’s recording of The Rite of Spring. It was Pierre Monteux who was on the podium at the Rite’s riot-inducing Paris premiere on May 29, 1913. He premiered a number of other significant twentieth century works, including Stravinsky’s Petrushka, Debussy’s Jeux, and Ravel’s Daphnis et Chloé.

As a student at the Paris Conservatory, Pierre Monteux studied violin and viola. At the age of 12, he organized and conducted a small orchestra made up of the Conservatory’s students. He attended the premiere of César Franck’s D minor Symphony, premiered Saint-Saëns’s Septet with the composer at the piano, and similarly collaborated with Faure in a performance of his Second Piano Quartet. As a violist, he performed a Brahms Quartet in the presence of the composer, who remarked, “It takes the French to play my music properly. The Germans all play it much too heavily.” As an orchestral musician, he premiered Debussy’s Pelléas et Mélisande.

Monteux served as principal conductor of French repertoire at the Metropolitan Opera (1917-19), music director of the Boston Symphony Orchestra (1919–24), the Royal Concertgebouw Orchestra (1924-34), the Orchestre Symphonique de Paris (1929–38), and the San Francisco Symphony (1936-52). At the age of 86, he became chief conductor of the London Symphony, signing a contract for twenty-five years, with an option of renewal! A noted teacher, in 1943 he founded the Pierre Monteux School, a six-week summer program in Hancock, Maine. Among his students were Lorin Maazel, Neville Marriner, and David Zinman.

Monteux was noted for his clear, economical conducting style as well as his rapport with the musicians of the orchestra. Toscanini considered his baton technique to be the best he had ever seen. The legendary English record producer John Culshaw observed that he was

that rarest of beings- a conductor who was loved by his orchestras…to call him a legend would be to understate the case.

Here are five recordings which capture the simple power of Monteux’s conducting. In the video clips, notice the incredible precision of the beat at the end of Monteux’s rather long baton. The music unfolds with a remarkable sense of freedom:

It is, and always will be, one of my favourite records, not simply because it happens to be conducted by the man who had been responsible for its première, but because of the way he treated the music, which was to relate each part to its context and to see the work as a whole. Thus he did not allow the climax of the great Levé du jour to become so powerful that there was nothing in reserve when he came to the climaxes at the end of the work.