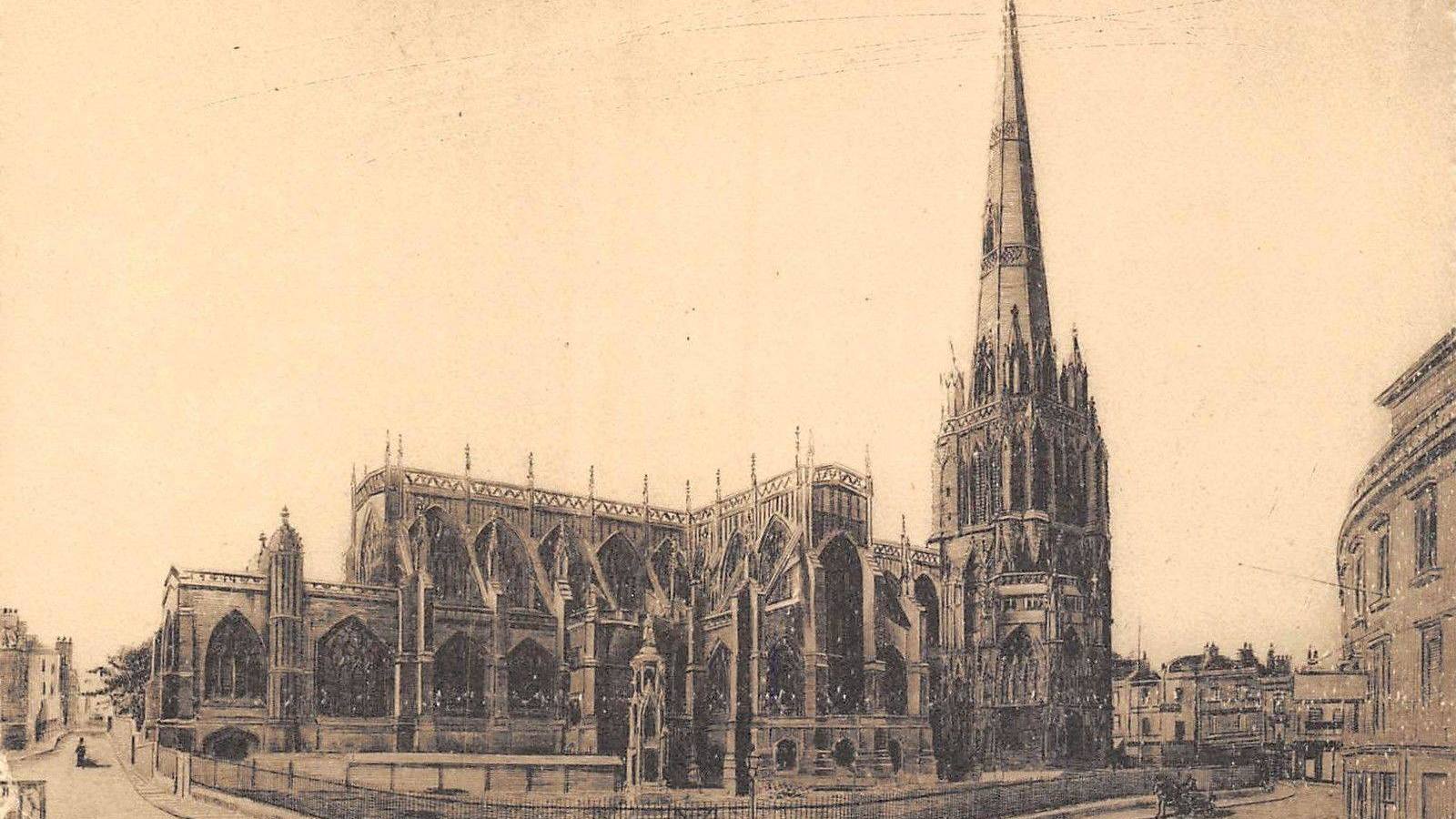 Queen Elizabeth I described it as “the fairest, goodliest, and most famous parish church in England.”

This Christmas Eve we go to the over 900-year-old St. Mary Redcliffe in Bristol, UK to hear a spectacular example of English change ringing. The church’s fifteen bells are ordered in a series of seemingly-endless mathematical permutations, known as “changes.” This clip will give you an idea of the precision required in this type of bell ringing.

With today’s post, we remember the late German-American musicologist Karl Haas and his nationally syndicated radio program, Adventures in Good Music. Each year on Christmas Eve, Haas offered an episode entitled, The Story of the Bells. I remember his enthusiastic description of the bells of Zurich, Switzerland: “It’s an awesome sound…A sound which leaves no room for human voices…”

Grandsire Caters is a method of change ringing, originating around 1650, which features a peal of ten bells:

Now, let’s venture into the Gothic grandeur of St. Mary Redcliffe to hear the spectacular organ, made by Harrison & Harrison in 1911 and restored in 1990. Here is Anthony Hammond’s performance of Sir Edward Elgar’s Imperial March, Op. 32, originally scored for orchestra in celebration of the Diamond Jubilee of Queen Victoria in 1897: