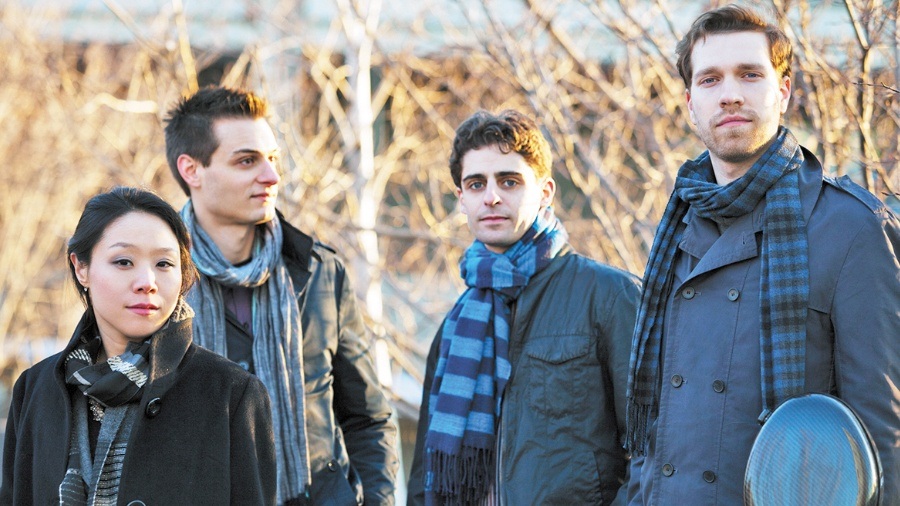 Last month, we explored excerpts from the Tesla Quartet’s newly-released debut album. In addition to music by Ravel and Stravinsky, the recording includes Franz Joseph Haydn’s String Quartet in C Major Op 54 No.2. Written in 1788, this piece is so daring and adventurous that it fits in perfectly on an album otherwise made up of twentieth century music.

You’ll hear this spirit of adventure immediately in the Quartet’s opening bars. The home key of C major is firmly and confidently established, but then the music trails off. After a pause, we find our footing again, this time on the dominant. A resolution further reinforces C major, but the four voices pause again, as if unsure how to proceed. The third “try”- the one which is successful in finding a path forward- takes us to the shockingly distant key of A-flat major.

The second movement lands in a strange, mysterious, and exotic new world with music inspired by the improvisation of a Hungarian gypsy fiddler. These distinctive sounds return in the Minuet’s Trio section where we get this shocking dissonance (an anguished suspension which seems to have stepped out of a twentieth century score). Appropriately, Haydn wrote this Quartet for Johann Tost, a Hungarian violinist who played in the Esterházy court orchestra from 1783 to 1788.

The final movement will come as a surprise for anyone expecting a lively Haydn Presto. Instead, we get music filled with quiet introspection and even a hint of sadness. All of the day’s adventures fade into twilight.

Here is the Tesla Quartet in concert in South Korea in November, 2016: