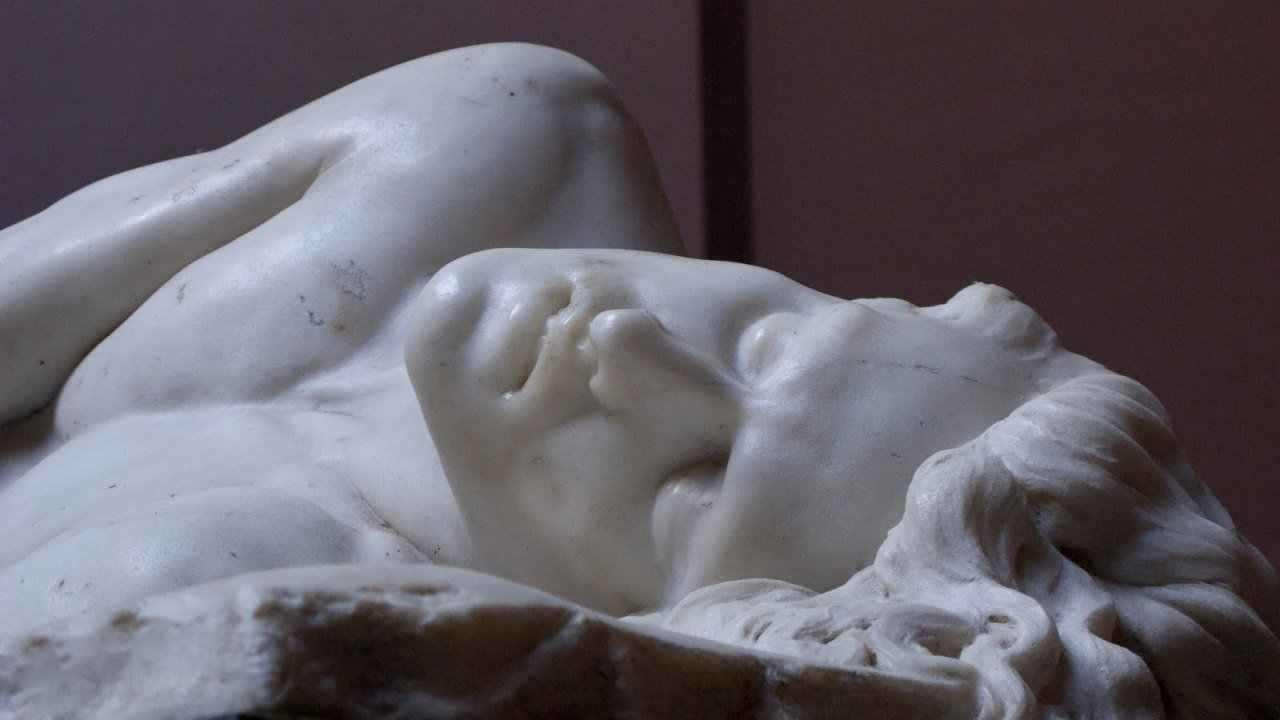 … nor is it I alone,
Thy sister, thy companion, thine own chosen one,
But the whole world which seeks thy sympathy.
Hearst thou not sounds i’ the air which speak the love
Of all articulate things? Feelest thou not
The inanimate winds enamoured of thee? — List! [Music.

These lines were the inspiration for Samuel Barber’s Music for a Scene from Shelley, written in the summer of 1933. The young composer imagined this as incidental music evoking “the ‘voices in the air’ imploring Asia (goddess of love) to bring back sympathy and love to mankind through Prometheus’ release.” (The titan Prometheus was chained to a mountain by Zeus as punishment for stealing fire from the gods for the enlightenment of mankind).

Barber’s haunting orchestral tone poem transcends all of these literary references. We experience it as pure music. It’s a mysterious drama filled with strange, murmuring voices and shifting, muted colors. Amid the quiet anxiety of the opening bars, listen to the way the undulating semitones develop, opening the door to an ominous four-note descending motive. Notice the way this motive returns in various sections of the orchestra and is repeated with almost obsessive persistence. At moments, the murky clouds give way to a soaring Romanticism that seems to have influenced the much later music of Hollywood film composers like John Williams. Just as we seem to be reaching the ultimate, euphoric climax, all of this exhilarating passion is cut off cruelly with an icy shriek of anguish and the arrival of an omnipotent, inescapable power which seems to be saying, “Go no further.” With the final bars, we arrive suddenly at a quietly transcendent yet open-ended B major. While the chilling semitones of the opening continue to lurk just beneath the surface, a final B major triad is passed from one group of instruments to another. Listen carefully to these voices, which seem to come alive with their distinct personas. In this ambiguous ending, anxiety and hope coexist.

That haunting, persistently repeating descending four-note motive from Music for a Scene from Shelley reemerges in one of Samuel Barber’s last works, the Ballade, Op. 46 for solo piano, written in 1977: