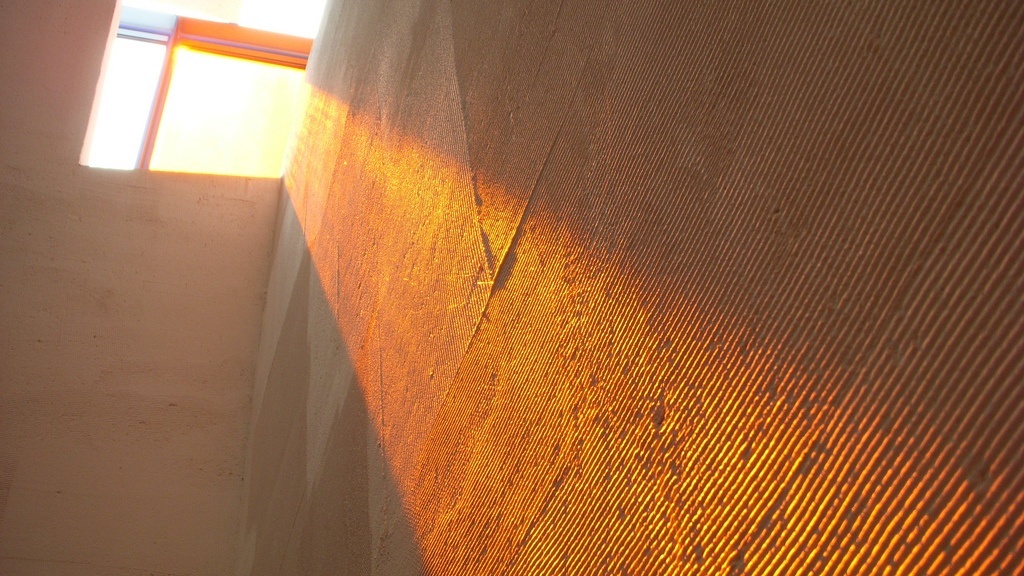 Lux Aeterna for sixteen-part mixed choir, written in 1966 by the Hungarian-Austrian avant-garde composer György Ligeti (1923-2006), is simultaneously haunting, mysterious, unsettling, and serenely beautiful. Unfolding gradually in shimmering layers of sound, it forces us to confront our perceptions of time and space. Its dimensions are cosmic.

The term micropolyphony has been used to explain the clusters of sound which emerge and develop in Lux Aeterna and other music by Ligeti. It’s a word which might bring to mind the crystalline lines of the sacred choral music of a Renaissance composer like Palestrina. While just as highly ordered as its predecessors, here the lines blur. Polyphony moves underwater. We become one with sound and sound blurs with color.

The complex polyphony of the individual parts[,] embodied in a harmonic-musical flow in which the harmonies do not change suddenly, but merge into one another; one clearly discernible interval combination is gradually blurred, and from this cloudiness it is possible to discern a new interval combination taking shape.

Without asking Ligeti’s permission, Stanley Kubrick used Lux Aeterna in the landmark 1968 film, 2001: A Space Odyssey. Kubrick developed this distinctly “non-verbal” film around its music, and this piece, along with Ligeti’s Requiem and Atmosphères, are central to its enigmatic mood.

Now, go to a quiet place, close your eyes, and just listen…

Photograph: The Chapel of St. Ignatius in Seattle, designed by contemporary architect Steven Holl. Holl conceived of the building, completed in 1997, as “seven bottles of light in a stone box.”