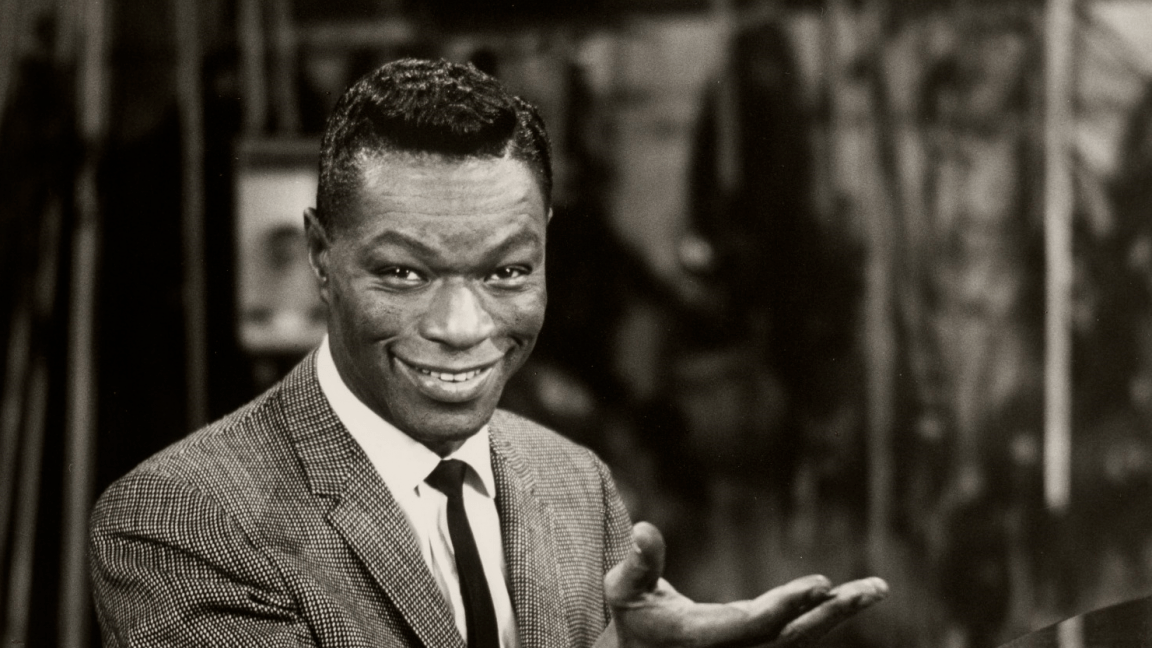 Sunday marks the 100th anniversary of the birth of the American jazz pianist and vocalist, Nat King Cole (1919-1965).

In 1937, Nat King Cole’s jazz trio was formed in Los Angeles. In the group’s original lineup, Cole was joined by Oscar Moore on guitar and Wesley Prince on bass. The trio influenced younger jazz musicians like Oscar Peterson and John Pizzarelli. Around the late 1940s, Cole transitioned to a more popular style, appearing frequently in film and on television, and taking his place alongside crooners like Frank Sinatra. He was the first African American man to host an American television series.

Nat King Cole did not escape the racial tensions of the waning days of the Jim Crow era. In 1956, he was assaulted onstage by members of the Ku Klux Klan during a concert in Birmingham, Alabama. At the same time, members of the NAACP attacked him for acquiescing to the system by continuing to perform for segregated audiences. Yet Cole was an active participant in the civil rights movement, contributing money to the Montgomery Bus Boycott and helping to plan the 1963 March on Washington.

Here is the Nat King Cole Trio performing “It’s Better To Be By Yourself” and “Solid Potato Salad” in 1946:

“Unforgettable,” written by Irving Gordon, was released in 1951: