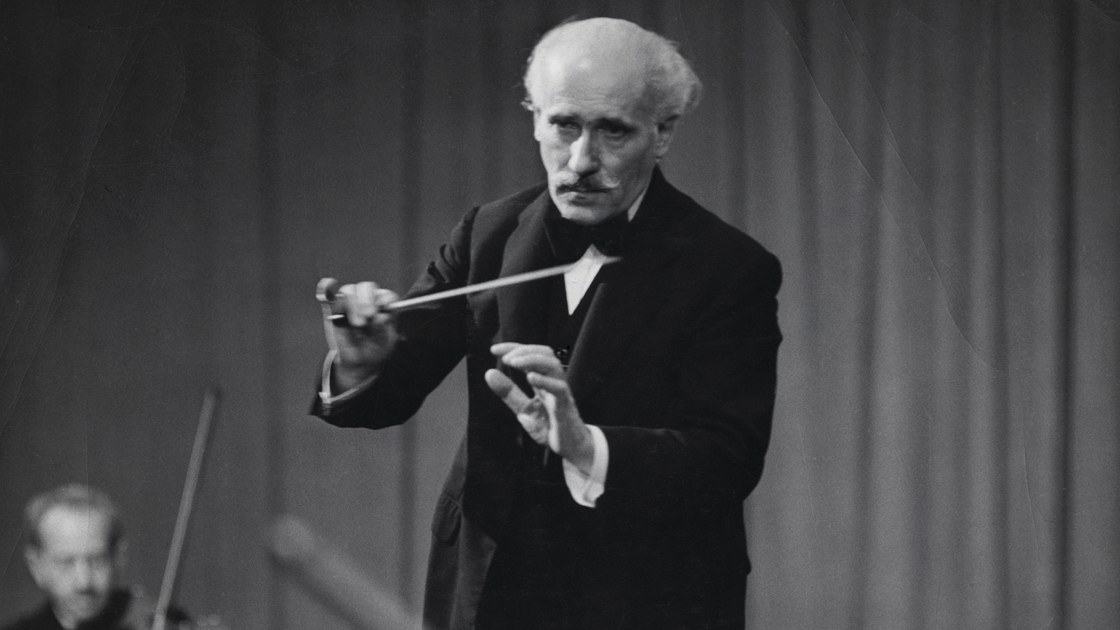 The legendary Italian conductor Arturo Toscanini was born on this date in 1867.

Over the course of a career spanning nearly six decades, Toscanini served as music director of La Scala, the Metropolitan Opera, the New York Philharmonic, and the NBC Symphony Orchestra. He presided over the premieres of works including Puccini’s La bohème, La fanciulla del West, and Turandot, and Samuel Barber’s Adagio for Strings and First Essay for Orchestra.

Between 1937 and 1954, Toscanini led the NBC Symphony, the network’s in-house orchestra, in countless weekly radio broadcasts which were heard throughout the country. These were the days when the profit motive of business and public investment merged more easily. In the words of the orchestra’s founder, David Sarnoff, the president of RCA,

The National Broadcasting Company is an American business organization. It has employees and stockholders. It serves their interests best when it serves the public best.

Toscanini brought a laser beam precision and searing collective intensity to the podium. In this audio clip from a rehearsal, he demands that the basses play directly on the beat, providing the appropriate rhythmic foundation for the entire ensemble. (This is only one of several documents of Toscanini’s infamously tyrannical behavior during rehearsals). Under Toscanini, the disparate elements and personalities of the orchestra were focused into a single, magnificent instrument. Edwin Bachmann, who was principal second violinist in the NBC Symphony commented,

You never played under Toscanini. You played with him. You were his equal and he made you feel that.

The electricity of Arturo Toscanini and the NBC Symphony is evident in this performance of  Verdi’s Overture to La forza del destino from 1944. Opening with the “Fate” motive in the brass, we’re pulled immediately into the opera’s dark, turbulent atmosphere. Listen to the way the restless, upward-sweeping string motive, heard later in Alvaro’s Act IV aria, Pace, mio Dio, returns as a persistent, ominous presence.