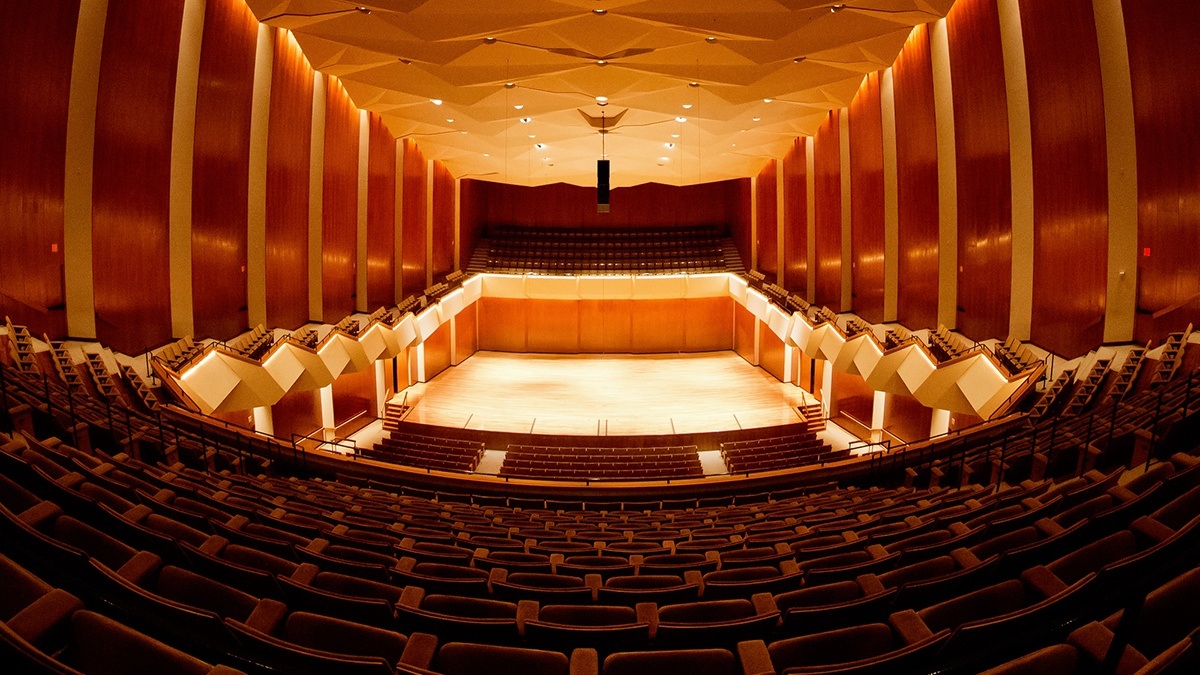 As a child, I spent a year and many succeeding summers at the University of Illinois in Urbana-Champaign, where my father was a student of trombone professor Dr. Robert Gray. Some of my most vivid memories include attending concerts at the University’s Krannert Center for the Performing Arts, where as a 9-year-old, I heard the Chicago Symphony and the Cleveland Orchestra, as well as the University’s fine student ensembles.

This weekend, the Krannert Center celebrates its 50th anniversary. The striking red brick complex, designed by Max Abramovitz (architect of Lincoln Center’s David Geffen Hall), would be the envy of many larger cities. It includes the 2,078 seat Foellinger Great Hall (for symphonic music), the 974 seat Tryon Festival Theatre (for opera and ballet), a playhouse, a studio theater, and an amphitheater.

The Foellinger Great Hall quickly became the “southern home” of the Chicago Symphony Orchestra with annual performances. (The current musician’s strike cancelled this year’s concert, scheduled for April 9). Sir Georg Solti, the CSO’s music director from 1969 to 1991, made some of the Chicago Symphony’s most celebrated recordings in hall.

No recording can capture fully the experience of listening to a great orchestra performing live in a great hall. Recordings are the product of technology— the art of turning dials up and down. But in celebration of Krannert’s anniversary, I thought it would be fun to explore excerpts from three of these recordings, which were certainly influenced by the extraordinary sound of Foellinger. All three of these recordings were produced by David Harvey with Kenneth Wilkinson and Gordon Parry serving as audio engineers.

This Decca recording won a Grammy Award for best classical performance in 1972. Here is the first movement:

This recording was awarded the 1974 Grammy Award for “Best Classical Performance— Orchestra,” “Best Engineered Recording, Classical,” as well as “Album of the Year, Classical from the “National Academy of Recording Arts and Sciences.” An entry in the Chicago Symphony archives notes that Rose Records at 214 South Wabash Avenue in Chicago proudly promoted the record with this neon sign. Here is the final movement, Songe d’une nuit du Sabbat:

The complete set of Beethoven’s five Piano Concertos with Vladimir Ashkenazy won the 1973 Grammy Award for “Best Classical Performance—Instrumental Soloist or Soloists (with orchestra)”. The CSO archives include this photo from the May, 1971 recording session and this photo showing Ashkenazy, Solti, and David Harvey listening to playbacks. Here is the first movement of the “Emperor” Concerto: