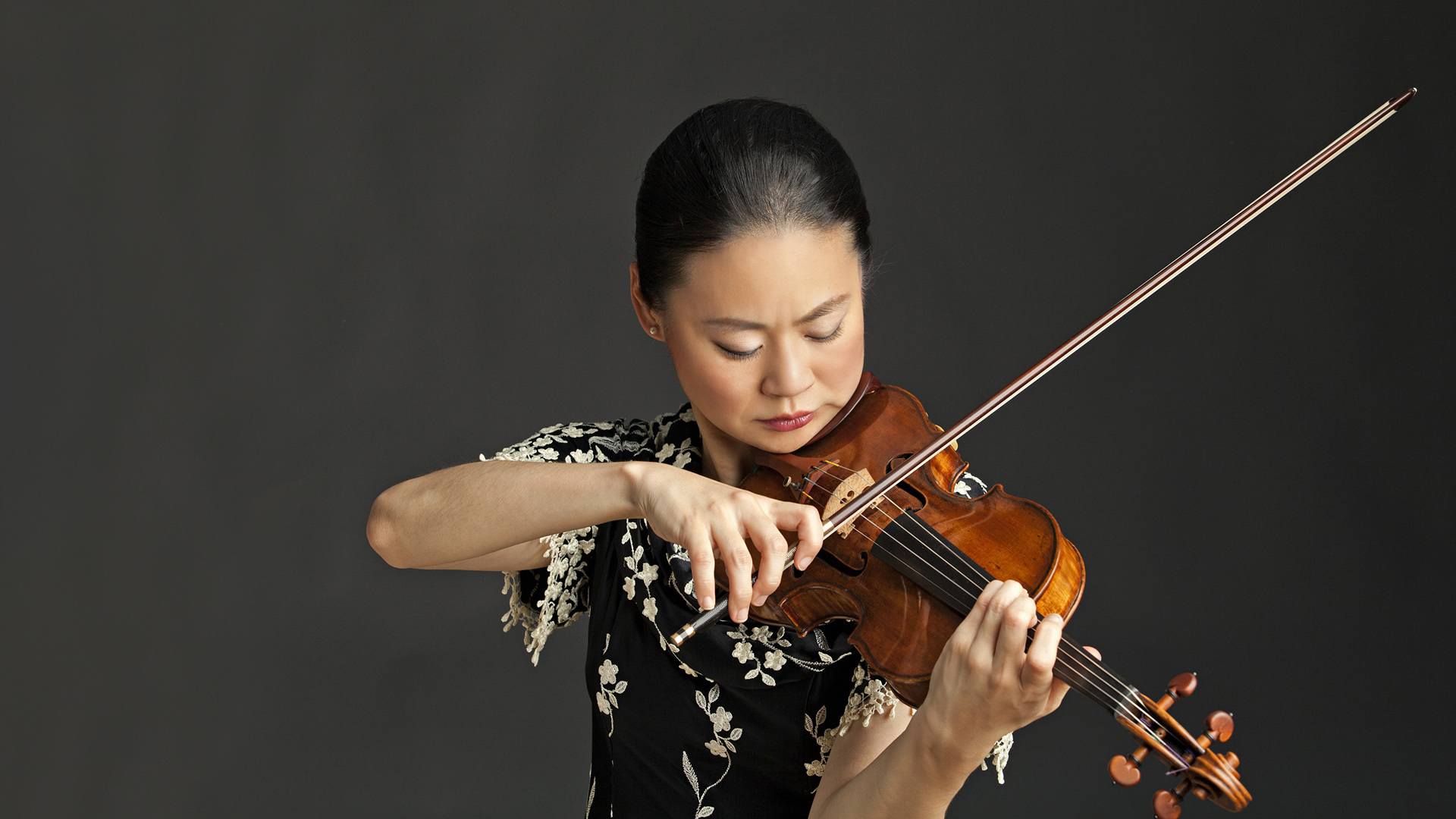 Beethoven’s three Op. 30 Violin Sonatas were completed in the summer of 1802. The fall of that year brought the famous Heiligenstadt Testament, the despairing letter in which Beethoven acknowledged his increasing deafness, his contemplation of suicide, and his ultimate determination to overcome adversity: “I will seize fate by the throat— it will certainly not crush me completely.”

We don’t hear any of this psychological turmoil in the sunny Sonata No. 8 in G Major, Op. 30, No. 3. The first movement (Allegro assai) is a frolicking dialogue between violin and piano in 6/8 time, filled with sudden, Haydnesque surprises. Only in the development section, where the instruments seem to enter into a wild competition of trills, do we get a fleeting whiff of revolution in the air.

In the second movement (Tempo di minuetto, ma molto moderato e grazioso), an expansive melody seems to reach out in gratitude before falling back into darker territory. In the final bars, the melody line drifts off into a serene, impromptu duet between the violin and piano— something akin to a familiar melody, casually passed between friends. In the end, we’re left with a motivic fragment, repeated in a way that might remind you of the second movement of the Fifth Symphony.

The final movement (Allegro vivace) is a vivacious country dance, complete with the earthy drone of a bagpipe, slashing sforzandos, and jarring modulations to distant and unexpected keys. The main theme joins rapidly running sixteenth notes with a spirited eighth note statement, pulling us into a rustic adventure which is pure fun.

Midori’s performance with pianist Robert McDonald is infused with a combination of playfulness and ferocious intensity. This clip comes from her October 21, 1991 Carnegie Hall recital debut at the age of 19: