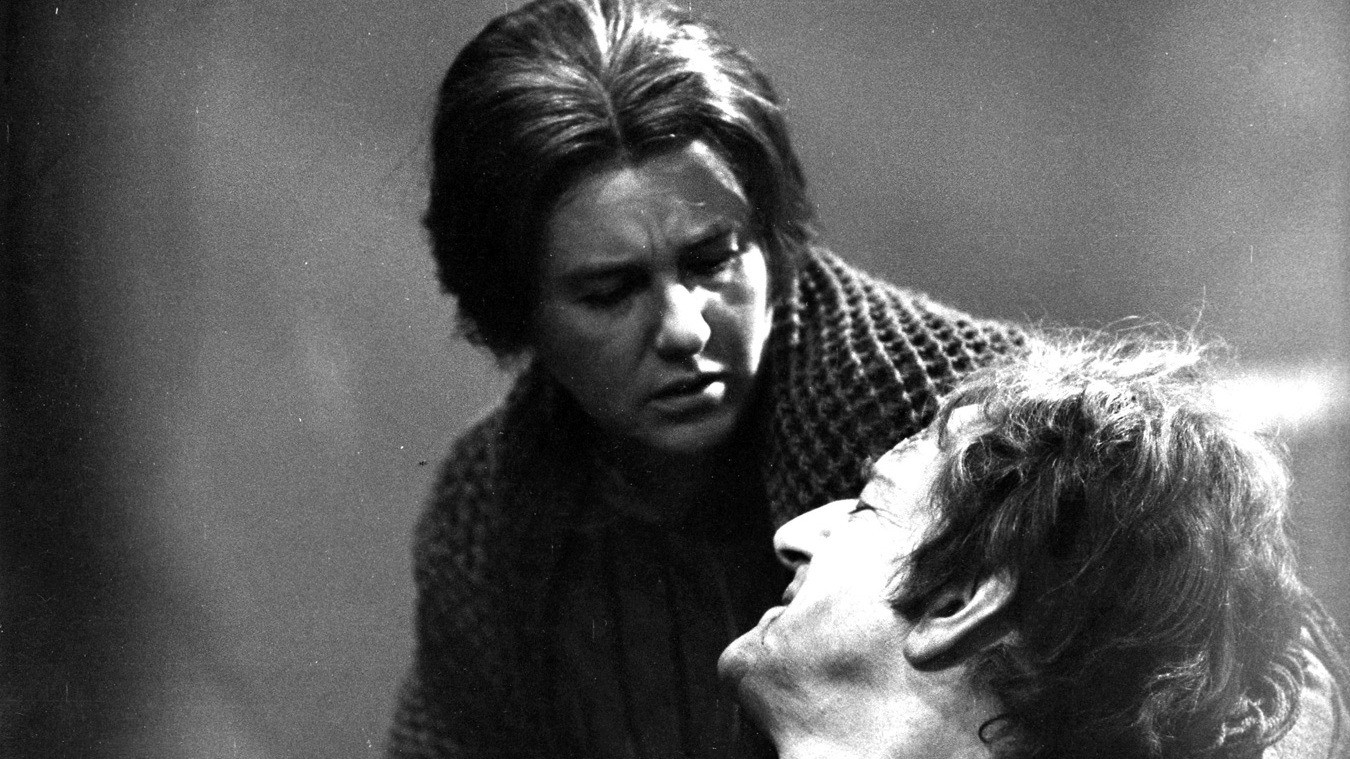 The British operatic soprano Heather Harper passed away on Monday at the age of 88.

Born in Belfast, Harper came to international attention when she stepped in at ten days notice for the world premiere of Benjamin Britten’s War Requiem at Coventry Cathedral in 1962. (Galina Vishnevskaya, for whom the part was written, was denied permission by Soviet authorities on the grounds that Britten’s work was too “political.”) Harper went on to perform the role of Ellen Orford in a 1969 BBC production of Britten’s Peter Grimes (pictured, above). She was a favorite of conductors such as Rudolf Kempe and Sir Georg Solti. (She was a soloist on Solti’s 1972 Grammy-winning recording of Mahler’s Eighth Symphony with the Chicago Symphony).

Here is a brief sample of her recordings:

Mozart: “Porgi, amor, qualche ristoro” from “The Marriage of Figaro”

Heather Harper’s Metropolitan Opera debut came in 1977 when she appeared as Countess Almaviva in Mozart’s The Marriage of Figaro. This recording with Daniel Barenboim and the English Chamber Orchestra was made the same year.

In “Porgi, amor, qualche ristoro,” the Countess reflects with sorrow on the Count’s infidelity. In Monday’s post, we examined the way The Marriage of Figaro transcends traditional opera buffe to delve deeper into the inner psychology of the character. This must be one of the opera’s most beautiful and touching examples:

In this shimmering excerpt from the first act of Lohengrin, Elsa recounts a dream in which a white knight is sent by God to defend her. The Romantic story of the Swan Knight, from the misty recesses of medieval German mythology, was the inspiration for King Ludwig II of Bavaria’s Neuschwanstein Castle.

Here is a 1967 recording from Harper’s performance at the Bayreuth Festival with conductor Rudolf Kempe:

The second movement of Ravel’s three-song cycle inspired by the Arabian Nights tells the story of a slave girl who, while tending to her sleeping master, hears the seductive sounds of her lover playing the flute outside her window. Listen to the way this sad and sensuous music floats into our consciousness and then, in the final bars, evaporates like a fleeting dream.

Harper is joined by conductor Pierre Boulez and the BBC Philharmonic Orchestra:

This performance with Sir Colin Davis and the London Symphony Orchestra sparkles with bright colors and incredible dramatic power. We get the ultimate sense of joyful “proclamation”:

This haunting aria comes in the final act of Peter Grimes. The silk outfit Ellen made for Peter’s boy apprentice has washed up on shore, suggesting that the boy has drowned. In the closing bars, listen to the way Britten’s music captures a sense of time standing still in the face of horrific realization.