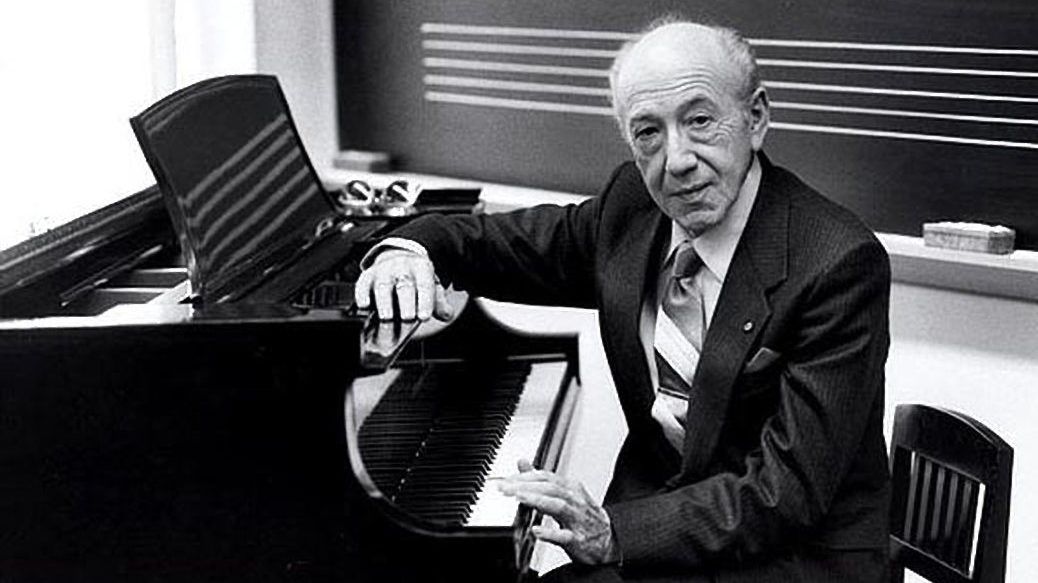 Listeners who go in search of “the great American symphony” will be rewarded with a handful of often-neglected mid-twentieth century masterworks. They include the Third Symphonies of Aaron Copland and Roy Harris, the First Symphony of Samuel Barber, as well as music by Howard Hanson, Walter Piston, William Schuman, Peter Mennin, Lou Harrison, and others.

These composers came to prominence in the 1930s and 40s, championed by conductors like Boston Symphony music director Serge Koussevitzky. Their musical language, melodic and often modal, offered an alternative to the prevailing currents of atonality. In the second half of the twentieth century, American culture neglected or demolished countless architectural monuments from its prewar years—think New York’s original Pennsylvania Station. Many of America’s equally magnificent musical riches suffered a similar fate. Through their recordings in the 1980s and 90s, conductors like Gerard Schwarz and Leonard Slatkin helped to bring this music back into the public consciousness.

One of these revived works—surely a contender for the “great American symphony” title—is the Second Symphony of David Diamond (1915-2005). Completed in 1943, it was premiered by Koussevitzky and the Boston Symphony the following year. Its mystical, expansive grandeur inspired the composer Arnold Schoenberg to declare Diamond to be “a young Bruckner.” As with a Bruckner Symphony, Diamond’s Symphony No. 2 unfolds gradually, pulling us into the awe and wonder of the moment.

The first movement, Adagio funebre, inhabits a world of solemn mystery and quiet lament. The first sounds we hear are primal, rising open fifths which seem to be reaching for sunlight amid the distant rumble of funereal drums. A melody emerges as a single, austere strand in the strings, accompanied by a pulsating bass line. From here, contrapuntal lines begin to develop like branches on a tree. All of these weaving lines give us a sense of continuous unfolding development, yet we always seem to be arriving in an eternal present moment. Exposition and development merge into one. The music reaches soaring, majestic highs, but we’re never far away from the haunting mystery of the opening. The second theme begins with the pastoral solitude of the oboe over a static G trill in the violas. A moment later, this theme erupts into ferocious canonic counterpoint. Even as it recedes into gloom, this is music filled with quiet, underlying tension and a sense of longing.

The second movement, Allegro vivo, arrives with a jolt. A D major chord with an added B-flat gives us a sense of the brash, sardonic humor of the tumultuous scherzo which follows. Amid vigorous counterpoint, there are echoes of the first movement’s second theme. There is something thrilling about the sonic overload which results from trying to keep track of all of these simultaneous musical lines.

The third movement, Andante espressivo, quasi adagio, returns us to the contemplative world of the first movement. It’s set in motion by the solo bassoon, articulating the same dotted rhythm we hear in the first movement. Here, we get an intimate sense of the personas of each instrument, which seem to evoke an underlying sadness. Notice the way long woodwind passages alternate with the shimmering contrasting colors of extended string passages. As this movement unfolds, we get a sense of restless and persistent searching, as if these musical lines are probing deep into some kind of unanswerable, cosmic question. As we heard in the first movement, there are moments where a single musical line is left to float in midair. Near the end of the movement, this single line develops into a series of canonic lines in the woodwinds. There is an interesting moment in the final bars where the music ventures into a soaring, Brucknerian chorale, only to be pulled back into austere mystery. Turning a musical corner, we suddenly find ourselves at the end—a conclusion which is shimmeringly beautiful and unresolved.

The final movement, Allegro vigoroso, is an exhilarating American hoedown, filled with adventure and wide-open vistas. Cowboy folk songs and fiddle tunes all mix into a thrilling sonic melting pot. This music predates most of Copland’s Americana scores, as well as the film scores they inspired. Yet passages like this seem to evoke that “sound” we associate with a mythical American frontier—a mix of rugged individualism and the beauty of the landscape. Before this rondo-finale reaches its final, exuberant, upward-reaching cadence, it blazes through some of the most spectacularly exciting passages of musical development imaginable.

Here is Gerard Schwarz’ 1990 recording with the Seattle Symphony: