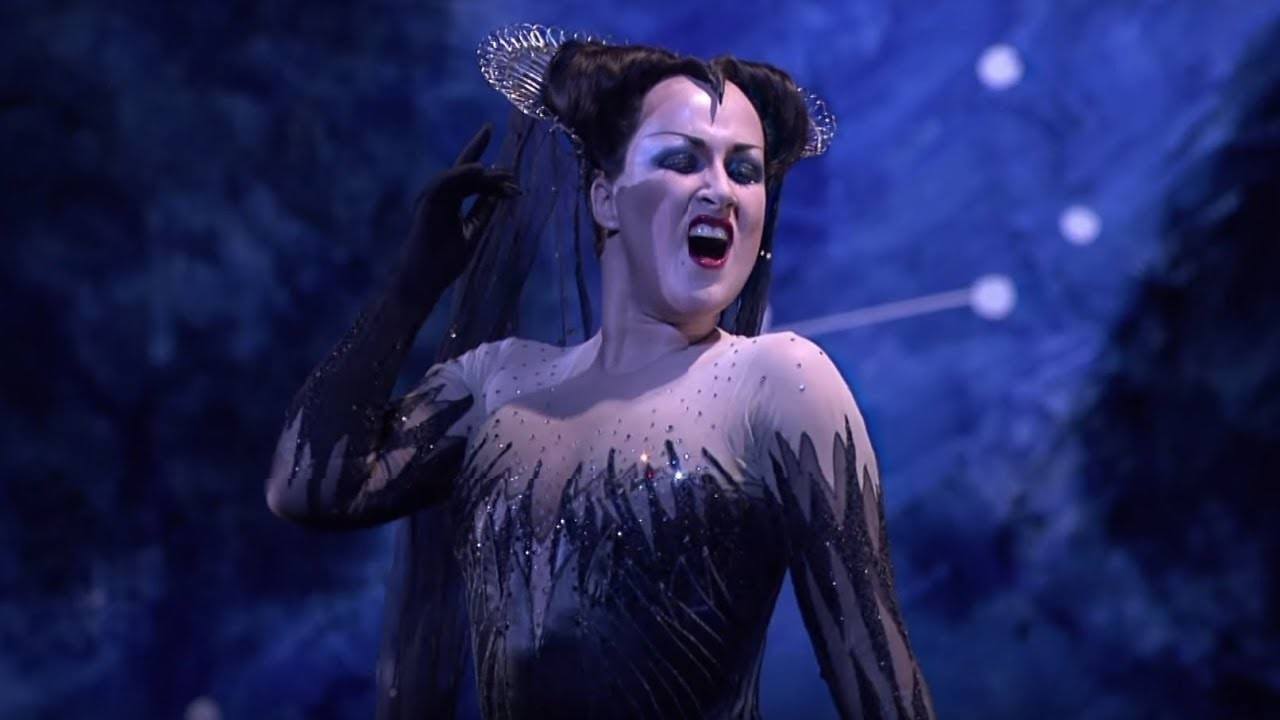 This weekend as you celebrate Mother’s Day, count your blessings that you aren’t in the predicament faced by Pamina in Mozart’s The Magic Flute.

In one of the opera’s most recognizable arias, “Der Hölle Rache kocht in meinem Herzen“ (“Hell’s vengeance boils in my heart”), Pamina’s mother, the Queen of the Night, flies into a fit of vengeful rage. Placing a knife in her daughter’s hand, the Queen of the Night tells Pamina that if she fails to assassinate Sarastro, she will be cursed and disowned. The librettist Emanuel Schikaneder concludes the aria with words which suggest that the Queen of the Night is almost certainly one of opera’s most deranged mothers. (Bellini’s bloodthirsty Norma is a close competitor).

If not through you Sarastro will turn pale!
Hear, gods of revenge, hear the mother’s oath!!

Set in a terrifying D minor, this aria is particularly memorable because of its extraordinarily wide and demanding two octave vocal range. Mozart wrote it with his sister-in-law, Josepha Hofer, in mind. Hofer, who was 32 at the time of The Magic Flute‘s 1791 premiere, was known for her extraordinary upper register. This iconic aria was included in the film Amadeus and in the collection of music placed aboard NASA’s Voyager 1 and 2 spacecraft.

1 thought on “The Queen of the Night: Opera’s Most Deranged Mother?”