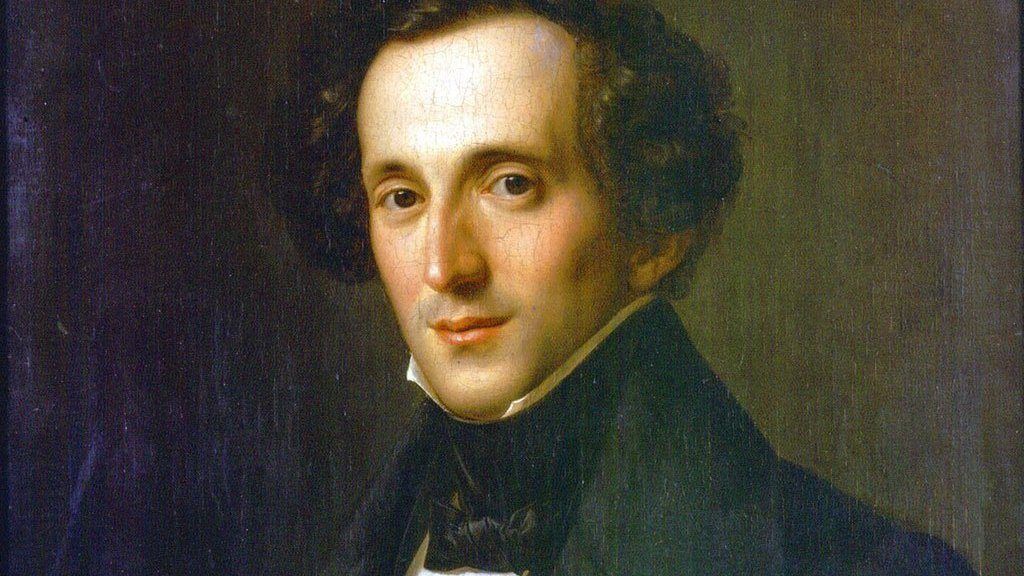 In 1906, on the occasion of his 75th birthday, the great Hungarian violinist Joseph Joachim offered an assessment of what remain four major pillars of the solo violin repertoire:

The Germans have four violin concertos. The greatest, most uncompromising is Beethoven’s. The one by Brahms vies with it in seriousness. The richest, the most seductive, was written by Max Bruch. But the most inward, the heart’s jewel, is Mendelssohn’s.

Indeed, Felix Mendelssohn’s Violin Concerto in E minor, Op. 64 occupies a uniquely intimate, passionate, and melodically rich world. Mendelssohn worked on the Concerto, on and off, for six years, completing it in 1844. On May, 27 of the same year, the twelve-year-old Joachim performed the Beethoven Concerto for his London debut with Mendelssohn conducting. (Two years later in Vienna, Joachim played Mendelssohn’s newly completed Concerto for Franz Liszt with Liszt sight-reading the accompaniment at the piano while apparently holding a lit cigar between his fingers).

Just as Joachim would work closely with Brahms on the development of Brahms’ Concerto some thirty years later, Mendelssohn was in close consultation with Ferdinand David, the concertmaster of the Leipzig Gewandhaus Orchestra, where Mendelssohn was appointed music director in 1835. In a letter dated July 30, 1838, Mendelssohn wrote to David,

I should like to write a violin concerto for you next winter. One in E minor runs through my head, the beginning of which gives me no peace.

Listening to the haunting and darkly melancholy melody which opens the first movement of Mendelssohn’s Concerto, we can almost imagine it nagging the composer relentlessly, as if to say, “Come on…I’m right here waiting to come to life.” Mendelssohn broke the mold with a number of unusual formal innovations in this Concerto. One occurs in this opening. Before the violin’s solo entrance, Mendelssohn’s audience would have been expecting an extended orchestral introduction. But here, we get a measure and a half of an establishing, rhythmic “motor” in the orchestra and then the violin launches directly into that haunting melody. It’s as if the theme which gave Mendelssohn “no peace” while he tried to focus on other works could not wait a moment more. The first movement’s second theme emerges in the woodwinds over the solo violin’s sustained open “G.” There is a hint of the nocturnal stillness of Mendelssohn’s incidental music to A Midsummer Night’s Dream.

Mendelssohn’s audience would have expected an improvised solo cadenza just before the final coda. But in this Concerto, the cadenza (written out by the composer) emerges suddenly at the end of the development section. And listen to the amazing way we slip back into the recapitulation. At the end of the cadenza, the violin plays arpeggios which gradually pick up speed and begin to bounce off the string in what is called “ricochet bowing.” The violin’s arpeggios become accompaniment for the melody, entering in the woodwinds.

At the end of the first movement, we get another amazing innovation. Following the stern final E minor resolution, the solitary voice of the bassoon hangs on. Its sustained “B” inches up a half step to “C,” opening the door to the second movement, a beautiful and expansive “song without words” filled with lamenting nostalgia. As other voices enter, this connecting musical bridge gives us a sense of a new world coming into focus, as if blossoming from a small seed. Beethoven used musical bridges in the Fifth Symphony and in the “Emperor” Concerto. Here, Mendelssohn takes this feeling of continuous forward flow to a new level.

Another bridge leads into the frolicking final movement. This is the light, sparkling, effervescence we often associate with Mendelssohn. It’s the same fairy-filled atmosphere of mystery and magic we hear in the Scherzo from A Midsummer Night’s Dream. Listen to the way the instrumental voices of the orchestra step to the forefront, engaging in a thrilling conversation. Mendelssohn’s Concerto ends with a surge of exhilarating energy.