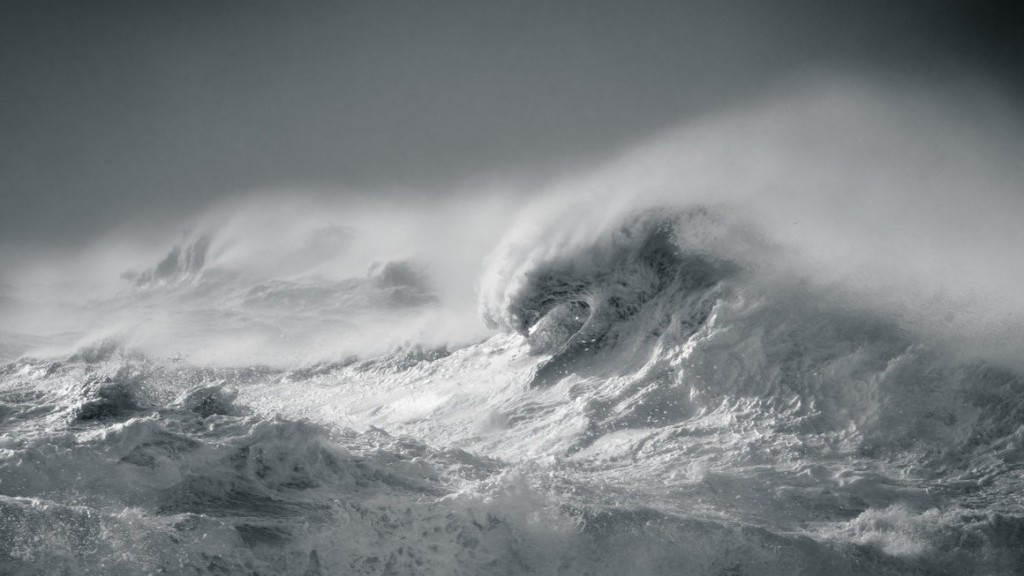 Franz Joseph Haydn’s Symphony No. 39 takes us on a wildly exhilarating and tempestuous ride. It’s no wonder that this symphony, written in 1767 around the time Haydn became Kapellmeister for Prince Nikolaus Esterházy, earned the poetic nickname, “Tempesta di mare,” or “storm at sea.”

Set in a turbulent G minor, it is an early example of Sturm und Drang (translating literally as “storm and drive”), an artistic movement which swept through music and literature from the 1760s through the 1780s. Sturm und Drang threw off the shackles of Enlightenment rationalism and allowed primal Powers to run wild. This music is filled with edginess and sudden, wild twists and turns which throw all caution to the wind. Mozart’s Symphony No. 25, Haydn’s Symphony No. 45 “Farewell,” and the symphonies of Carl Philipp Emanuel Bach also fall into this category. In many ways, Sturm und Drang feels like a precursor to the revolutionary sounds of Beethoven and Romanticism.

The first movement (Allegro assai) of Symphony No. 39 begins in G minor with a sense of hushed, breathless, nervous energy. The suspense builds as the music breaks off unexpectedly into strange moments of silence. Then, suddenly, the gears kick in and all of this pent up energy erupts into high-flying B-flat major. Exuberant scales in the violins fly like fiery sonic volleys. Oboes, bassoon, and horns add a celebratory punch to the sound. Amazingly, this single opening theme dominates the entire first movement. It modulates, evolves, and develops but it remains a constant, persistent, even haunting presence.

At the Esterházy court, Haydn had four horns at his disposal (in this case, two B-flat alto and two G). This was double what was standard for a classical symphony. In Symphony No. 39, the use of four horns transforms the sound. We should remember that in Haydn’s time all of the horns were “natural,” or valveless. This meant that the available pitches that could be produced were limited by the overtone series. By using four horns in this configuration, Haydn could outline full chords. Additionally, a pair of horns were available for modulations to B-flat, the relative major.

In contrast to the first movement’s raw tension, the second movement (Andante), scored only for strings and continuo (harpsichord), retreats to the light, charming elegance of the well-behaved galant style. The third movement (Menuet) moves back to G minor, with the trio section—dominated by the wind voices—providing a cheerful B-flat major contrast.

The Finale (allegro di molto) arrives with stern ferocity. In the opening bars, notice the contrapuntal dialogue between the violins, oboes, and the low strings, amid trembling inner voices. A few moments later, the violins unleash a torrent of dazzling, virtuosic fireworks. Speeding toward its final cadence, this movement returns to the world of Sturm und Drang, bringing Symphony No. 39 to a thrillingly tumultuous conclusion.