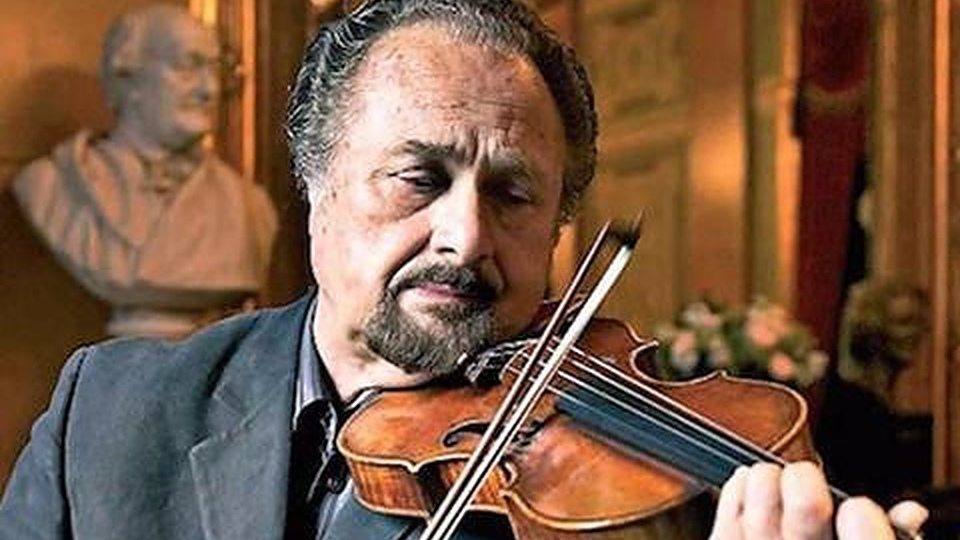 The American violinist Aaron Rosand passed away on Tuesday at the age of 92.

Rosand has been described as “one of the last living connections to the golden age of violinists.” Following an April, 1970 recital, Harold C. Schonberg, longtime critic at The New York Times, wrote that “Romanticism on the violin had a rebirth last night in Carnegie Hall.” Long revered within the music community, Aaron Rosand undoubtedly deserved greater name recognition among the wider public.

Born in Hammond, Indiana, he studied in Chicago with Leon Sametini and later at the Curtis Institute of Music with Efrem Zimbalist. Rosand taught at Curtis from 1981 until his death. Ray Chen is among the long list of his famous students. We get a sense of his insights into music and violin technique in this clip, where he equates the use of the bow with breathing. His repertoire included neglected works such as Joachim’s Hungarian Concerto, Lalo’s Concerto russe, and Saint-Saëns’ First Concerto.

In an interview with Samuel Applebaum for his series, The Way They Play (Book 3), Rosand said,

I like to start a recital with something very soft. This is a fine way to get an audience’s attention. They begin to strain their ears to hear what is going on. And then the tone can become stronger, adding a touch of color here and there, really playing the music, and establishing all the dynamic contrasts the composer intended.

It’s appropriate, then, that we begin with this soulful, 1959 recording of Tchaikovsky’s lamenting Sérénade mélancolique with the Baden-Baden Radio Symphony Orchestra led by Tibor Szöke:

A searing intensity and abandon characterize this recording with the Orchestra of Radio Luxembourg and conductor, Louis de Froment:

In this live radio broadcast from 1981, Rosen performs the Dvořák Concerto with the Cleveland Orchestra and Lorin Maazel. Here is the first movement:

This clip features the mighty Chaconne that concludes Bach’s Partita No. 2 in D minor. The concert took place in Japan in 1997:

The Spanish violinist Pablo de Sarasate adapted the melodies from Georges Bizet’s Carmen into this virtuosic showpiece. This performance is from 1969: