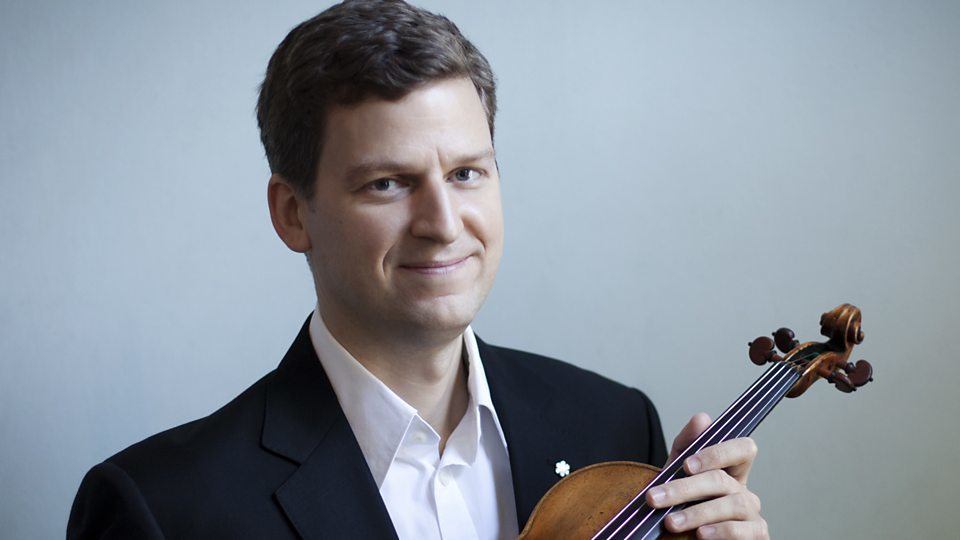 A few weeks ago, we explored Felix Mendelssohn’s Violin Concerto in E minor, Op. 64 with a 2011 recording featuring James Ehnes. That album also includes Mendelssohn’s famous string Octet, performed by Ehnes and members of the Seattle Chamber Music Society. It’s a great recording by an all-star lineup of musicians. (All the names are listed below with the album link).

Mendelssohn was 16 when he wrote the Octet in E-flat Major in 1825. Yet, amazingly, this music takes its place boldly alongside the greatest chamber works of Schubert and Beethoven—both of whom were still alive at the time—as a fully mature masterwork. Even more importantly, the combination of instruments used (four violins, two violas and two cellos) and the way they interact brought to life a new and unprecedented kind of musical drama. The great German violinist and conductor Louis Spohr wrote the first of his double string quartets around the same time using the same instrumentation. But these pieces function as an antiphonal dialogue between two string quartets. In Mendelssohn’s Octet, all eight voices come alive and interact as equals. Spohr, himself, praised the Octet as “quite another kind of art.” The music takes on a symphonic scale, something Mendelssohn emphasized when he wrote,

This Octet must be played by all the instruments in symphonic orchestral style. Pianos and fortes must be strictly observed and more strongly emphasized than is usual in pieces of this character.

From the first movement’s opening bars, this is music which leaps onto the stage with a thrilling exuberance, confidence, and bravura. Listen to the stunning expansiveness of the first violin’s arpeggio-based theme, which rises over three octaves. There is a youthful vigor and impetuousness at work here which seems to be trying to throw its proverbial arms around the world. Later in the movement (marked Allegro moderato ma con fuoco) at the end of the exposition, the first violin pushes even higher into the instruments’ sonic stratosphere. Meanwhile, the inner voices pulsate with ferocious energy. (Notice the falling scales here).

The second movement (Andante) moves into C minor and a darker, more contemplative place with adventurous harmonic modulations. There are distant echoes of the music of J.S. Bach and foreshadowings of the organic motivic development of Brahms. The music emerges out of stark open fifths and gradually evolves, as if searching for a way forward. The final bars trail off suddenly, fading back into the shadows.

The third movement (Scherzo) inhabits the shimmering world of nocturnal magic we hear in Mendelssohn’s A Midsummer Night’s Dream. While most scherzos are set in three, this one bounces along in duple meter. These lines from Goethe’s lyric poem, Faust, may have provided some of Mendelssohn’s inspiration:

Wisps of cloud and mist
Are lit from above
Breeze in the foliage and wind in the reeds
And all is scattered.

In a letter to his sister, Fanny, the composer offered the following description of the Scherzo:

the whole piece is to be played staccato and pianissimo… the trills passing away with the quickness of lightning… one feels so near to the world of spirits, carried away in the air, half inclined to snatch up a broomstick and follow the aerial procession… and at the end, …all has vanished.

There is nothing frivolous about this fairly-infused music. Instead, it’s filled with mystery, magic, and moments of transcendent beauty:

The final movement (Presto) brings the ultimate celebration of counterpoint, set amid an exhilarating moto perpetuo. The movement opens with a fugue subject which begins as a deep growl in the cello and moves up through all eight instruments. A triumphant quote from the “Hallelujah Chorus” from Handel’s Messiah emerges in the first violin as the fugue reaches its climax. (“And he shall reign forever and ever”). Themes from the second and third movements return out of nowhere, giving us a sense of coming full circle. These eight voices, unleashed by the 16-year-old Mendelssohn in this previously unimagined way, bring the Octet to a dizzying close.