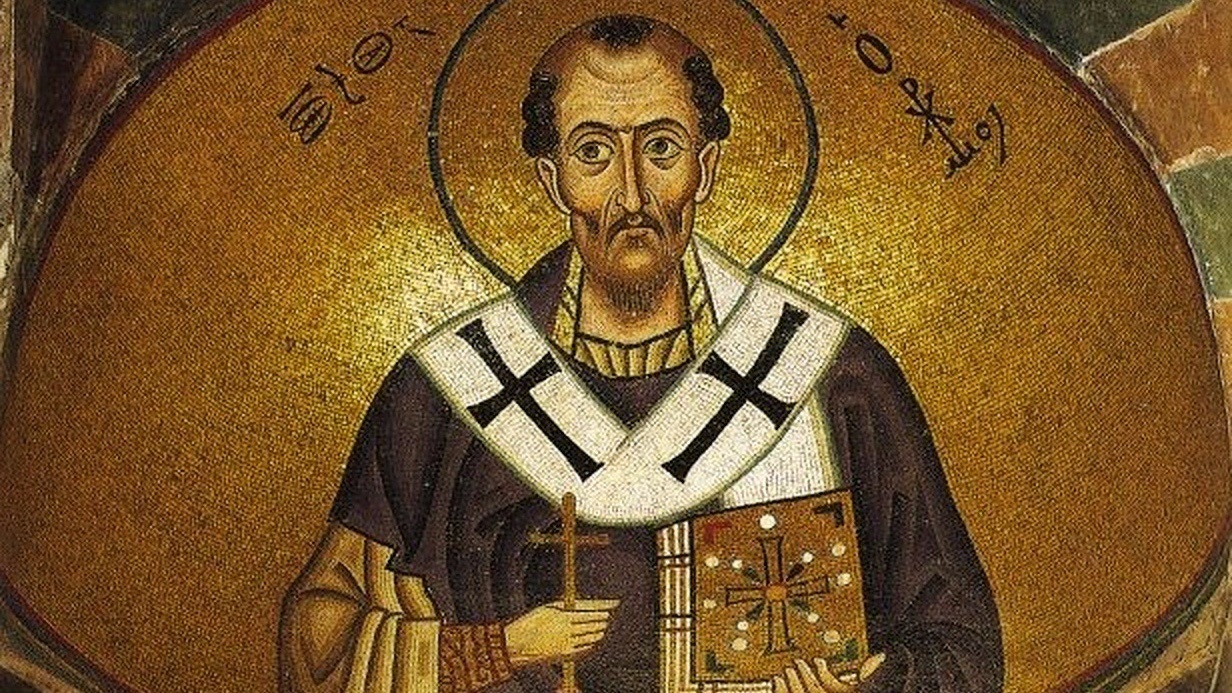 Last week, we listened to Tchaikovsky’s meditative a cappella choral work, Hymn of the Cherubim, an excerpt from the Divine Liturgy of Saint John Chrysostom, one of the central eucharistic services of the Eastern Orthodox Church. Completed in 1878, this work has the distinction of being the first “unified musical cycle” of settings from the Liturgy, most of which is attributed to Saint John Chrysostom, Archbishop of Constantinople in the 5th century.

Today, let’s listen to another later setting of this text, composed by Sergei Rachmaninov in July, 1910. As with Tchaikovsky’s work, the Russian Orthodox ecclesiastical authorities objected to Rachmaninov’s music and refused to sanction its use in church services on the grounds of an alleged “spirit of modernism.” Rachmaninov quietly allowed the piece to fall into obscurity. A 1992 PBS documentary by KTEH in San Jose tells the fascinating story of the rediscovery of Rachmaninov’s Liturgy of St. John Chrysostom.

The gradually-unfolding Cherubic Hymn enters a timeless, meditative space which seems to recall the early sacred choral music of composers such as Orlande de Lassus and Palestrina. It begins with a single high “D” which seems to shine with an almost blinding, angelic light, opening out into cascading descending scales. There is a sensuous embrace of melody similar to what we experience in the Adagio of Rachmaninov’s Second Symphony. In the final section, listen to the way the “Alleluia” moves from joyful celebration to a serene resting place of intimate reflection, awe-inspiring mystery, and lament.

I have been thinking about the Liturgy for a long time and for a long time I strove to write it. I started to work on it somehow by chance and then suddenly became fascinated with it. And then I finished it very quickly. Not for a long time have I written anything with such pleasure.

– Sergei Rachmaninov in a letter to his friend, Nikita Morozov

1 thought on “Rachmaninov’s “Cherubic Hymn,” from the Liturgy of St. John Chrysostom”