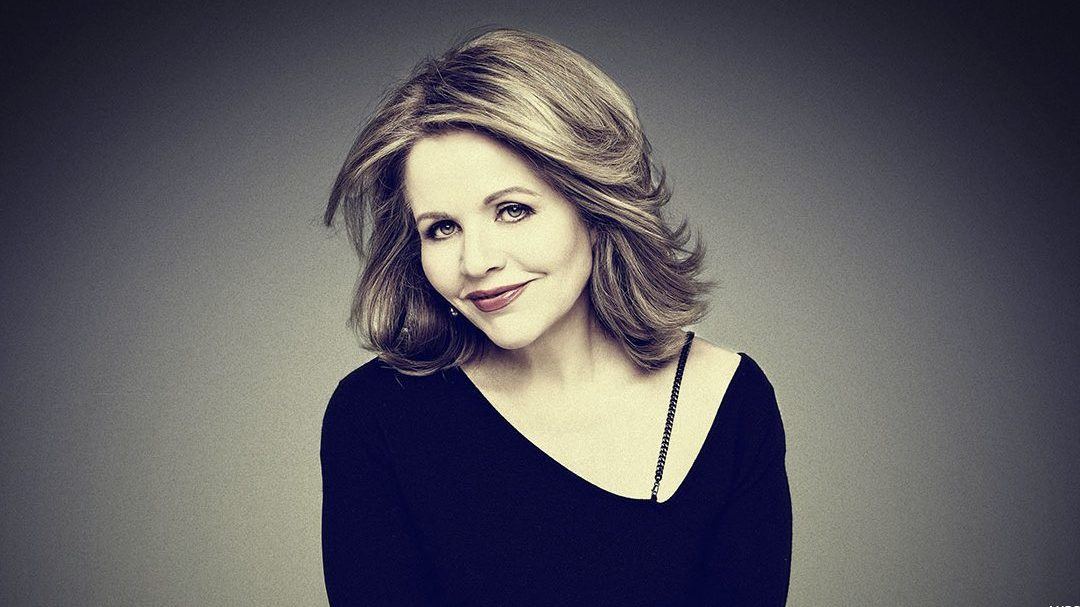 “The May Night” describes a shadowy scene of lonely wandering, endless searching, alienation from nature, and yearning. From its opening introduction, listen to the way the melodic line climbs, as if searching for some unattainable goal. Ironically, one of the song’s most transcendent climaxes occurs on the line, “And the lonely tear flows down.” In the album notes, Fleming says,

I love lieder for the marriage of poetry and music that allows both profound emotion and the most intimate, nuanced expression.

Here, we get a sense of this “marriage of poetry and music,” which lives in the world of metaphor. Yet we can also have a profound relationship with this song by forgetting about the text and just listening:

We move from the loneliness of Brahms to the euphoria of “He, the most glorious of them all” from Schumann’s 1840 song cycle, A Woman’s Love and Life. Listen to the way the melody’s opening motive keeps returning with almost obsessive persistence. (For example, it pops up in the “wrong” key in the piano around the 0:19 mark). Throughout the song, a seamless dialogue unfolds between the soprano and the equally dramatic voices in the piano, obliterating any line between “melody” and “accompaniment.”

The intermingling of voices continues with Mahler’s songs, which expands the drama to the instruments of the orchestra. In this live performance recording, Renée Fleming is joined by the Munich Philharmonic and Christian Thielemann. Mahler’s 1901 song, “At Midnight” moves from isolation (characterized by a starless night sky) to a sudden transcendence which comes from letting go.

The German lied is, for me, both the foundation and the pinnacle of song literature. I am especially excited to have been able to collaborate with some of the greatest interpreters in the world for this repertoire. My performances and recordings with Christian Thielemann have been among the most artistically rewarding experiences in my life, and to sing the Mahler songs with him and the Münchner Philharmoniker was heaven. It was also a joy to record Brahms and Schumann with Hartmut Höll, who is world-famous as a master of the German lied. It’s a happy coincidence that the release of the album will find me in Decca’s home base, where I will be performing in the London premiere of The Light in the Piazza at Royal Festival Hall.