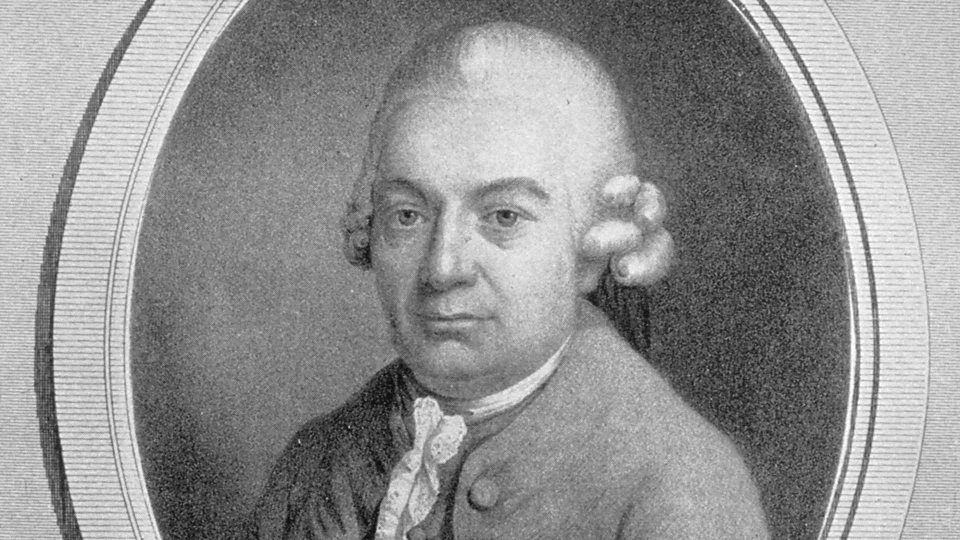 C.P.E Bach, the second surviving son of J.S. Bach, wrote this music (scored for two flutes, two oboes, bassoon, two horns, strings, and continuo) around 1775. It’s a thrilling Sturm und Drang rollercoaster which seems to have influenced similar symphonies by Haydn and Mozart. Perhaps the “craziness” of this music even set the stage for Beethoven. Sturm und Drang (translating literally as “storm and drive”), was an artistic movement which swept through music and literature from the 1760s through the 1780s, throwing off the shackles of Enlightenment rationalism and liberating primal Powers to run wild. Last month, we listened to another example of this style, Haydn’s Symphony No. 39.

In C.P.E. Bach’s work, we experience the symphony in its early stages of development—something akin to a delighted toddler taking his first steps. Its uninterrupted “fast-slow-fast” structure, compressed into little more than ten minutes, recalls the symphony’s origins in the Baroque period.  Yet there is something new and bold in the air.

The first movement (Allegro di molto) opens with a single, defiant “D,” which repeats in quickening, syncopated stabs. Immediately, we’re confronted with instability. Where is the downbeat? What is the “home” key? A few moments later, when the full orchestra kicks into gear, a jarring harmonic progression takes us even further afield. These sounds give us a brief foreshadowing of the most shocking and tension-filled moments of the first movement of Beethoven’s “Eroica” Symphony, completed some thirty years later. Amazingly, D major is not fully established as the “home” key until the recapitulation.

As the first movement progresses, notice the way this jagged opening motive returns with incredible persistence. Here it is in the oboe at 1:09, before emerging again in the strings a few seconds later at 1:24. It’s waiting for us as we round the corner into the development section, where it unleashes its most wild and unpredictable fun.

The first movement transitions into a brief but stately Largo second movement. The larger-than-life Presto which concludes the Symphony is filled with surprise twists and turns and boisterous humor. One of the most striking recurring moments is when the violins seem to get “stuck” in a swirl of arpeggios. Also, notice the operatic line in the low strings. C.P.E Bach unleashes a thrilling drama in which the instrumental voices frequently fail to remain well behaved.

Here is Gustav Leonhardt’s recording with the Orchestra of the Age of Enlightenment: