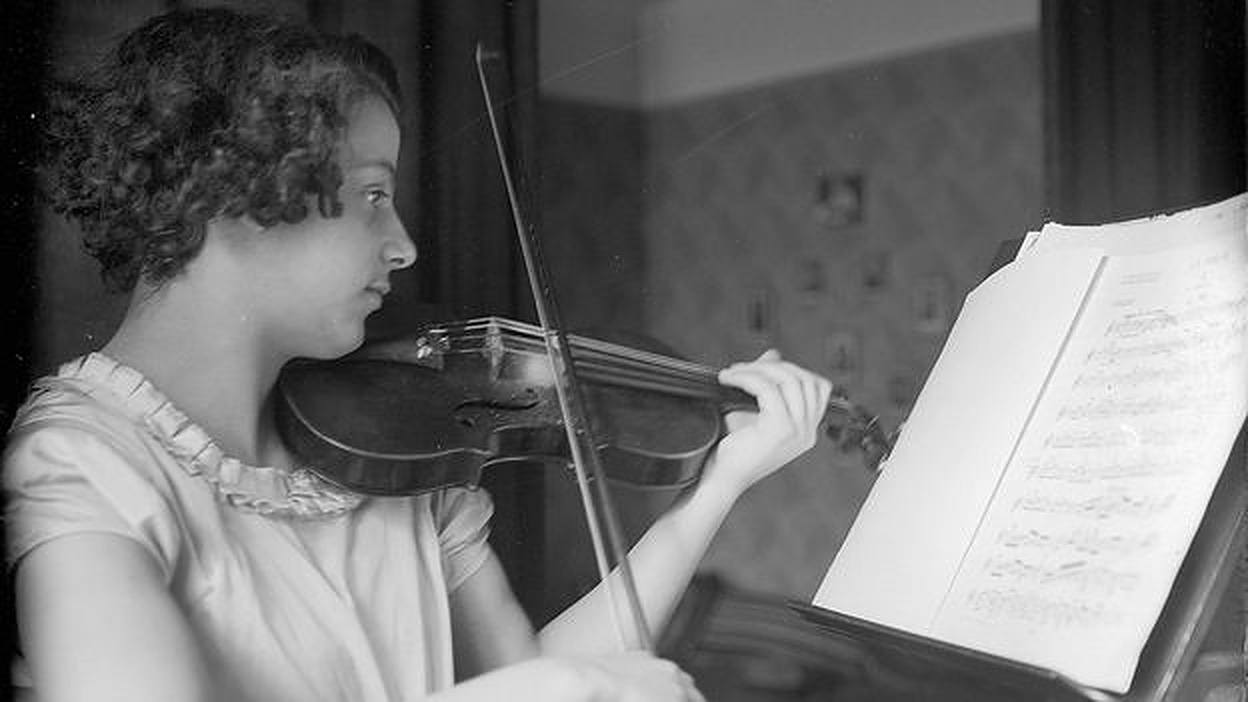 Sunday marks the 100th anniversary of the birth of the legendary French violinist, Ginette Neveu.

Neveu died tragically in an airplane crash at the age of 30. Ginette and her brother Jean-Paul Neveu, an acclaimed pianist, were on their way to the United States for a concert tour when their Air France flight crashed into a mountain in the Azores on October 28, 1949.

At the age of 15, Neveu was awarded first prize at the 1935 Wieniawski Competition. (Among the 180 contestants was David Oistrakh). At the time of her death she had risen to international prominence.

Recordings give us a sense of the searing intensity and expressive power which characterized Ginette Neveu’s playing. In his book Great Masters of the Violin, Boris Schwarz wrote,

No one who saw or heard her could forget that impression—the serious concentration, the complete immersion in her task, the burning yet controlled intensity. To speak of technique is pointless because it never served for display—it was always subordinate to a musical goal.

For me her playing has always been one of the greatest revelations of the instruments and of music. To the impression of perfection, balance, and artistic taste, she added in her interpretation, fire and abandon which filled her playing with richness.

Neveu was 26 when she made this studio recording with Walter Susskind and the Philharmonia Orchestra on November 21, 1945. She was one of the earliest advocates of the Sibelius Concerto. She once joked, “In France, they don’t know Sibelius, and they don’t want to know him.”

This is a piece which sweeps in like an icy Nordic wind, pulling us into a darkly brooding soundscape, and culminating in a ferocious dance. Neveu’s performance exhibits a terrifying and exhilarating titanic energy.

This recording of Ernest Chausson’s Poème was made during an August, 1946 session. Chausson wrote this music in response to the violinist Eugène Ysaÿe’s request for a concerto. The original title came from the 1881 romantic novella, The Song of Love Triumphant, by the Russian writer, Ivan Turgenev. The piece moves beyond programmatic references to embrace a passionate and lushly beautiful musical drama.

This brief, haunting piece was written in 1907 as a vocalise etude for bass voice and piano. It is a celebration of the sultry, seductive Spanish dance, the habanera.