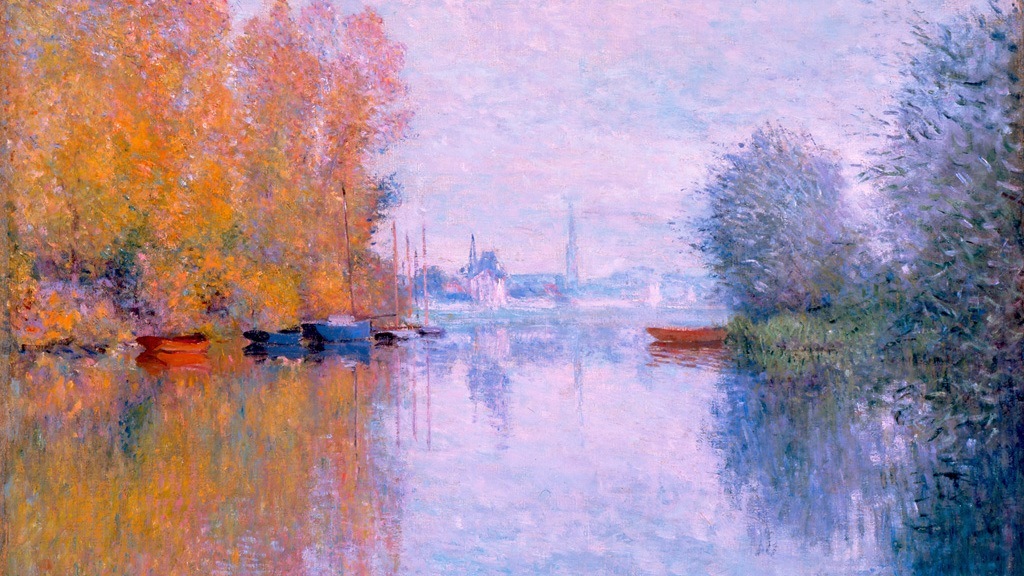 The Sonata for Violin and Piano in G minor was Claude Debussy’s last completed composition. It was written in 1917 at a time when the composer suffered from terminal cancer. Europe was plunged into the bleakness and devastation of the First World War, bringing food and coal shortages and economic hardship to Paris. Exhausted and watching the prewar world he had known slip away, Debussy wrote to a friend,

I only wrote this sonata to be rid of the thing, spurred on by my dear publisher. This sonata will be interesting from a documentary point of view and as an example of what may be produced by a sick man in time of war.

Yet this brief, three-movement work, with all of its steadily-shifting moods, breaks free into a transcendent world of vibrant rhythm, shimmering color and nostalgia. At moments, there are hints of Gypsy fiddling, perhaps influenced by the violinist Béla Radics, whom Debussy heard in a Budapest nightclub. Overall, the Violin Sonata has the atmosphere of a quietly autumnal farewell work.

The first movement (Allegro vivo) develops out of two serene and simple chords in the piano. Moving from G minor to C major, each of these chords seems to come from its own distinct, expressive “universe.” Taken together, they seem to suggest openness and endless possibility. With the entrance of the violin, the piece’s thrillingly unpredictable and mercurial drama begins to unfold. We move abruptly from turbulence to celestial serenity and back again.

The second movement (Intermède: Fantasque et léger) blends the capricious and vivacious feeling of a scherzo with moments of haunting introspection. In the final bars, notice the way the music gives us a perfectly convincing resolution in C major, only to slide down to G major for the true resolution. As with the two open-ended chords which started the first movement, there is a magical sense that harmony, itself, is floating through an ephemeral sea.

The final movement (Finale: Très animé) opens with a return to the main theme of the first movement. Filled with mystery, the theme now seems to be opening the door to a new, transcendent world. In a letter, Debussy described the Violin Sonata as “filled with tumultuous joy.” In this final movement, we get a sense of the true meaning of this statement. In the final moments, listen for the extraordinary passage in which a motivic fragment in the violin spins off into a new episode, culminating in three chords in the piano which rise like triumphant pillars.

one of those pieces where you recognize the composer after a few bars…His sense of melody, his sense of harmonies, and his way of being very compact is quite clear.