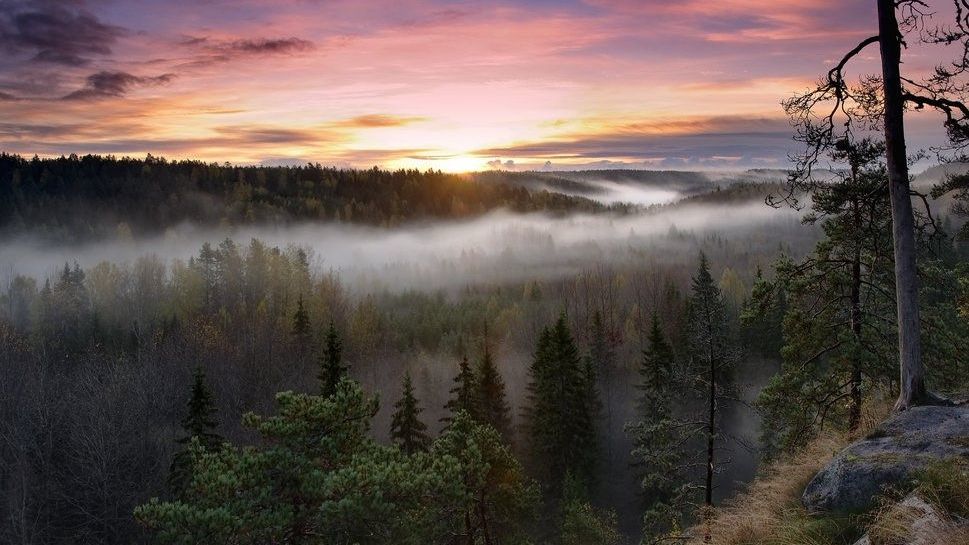 Einojuhani Rautavaara’s 2007 orchestral tone poem, A Tapestry of Life, is set in four movements which feel like cinematic snapshots. Each movement inhabits a distinctly atmospheric world in which a vast, shimmering soundscape opens in front of us. The music unfolds in time, but it also gives us the same serene, floating sensation we might get looking out of the window of an airplane at the gradually-shifting view.

Dreamlike associations with words and poetic phrases formed the creative seed for A Tapestry of Life. In the opening of his program notes, the composer wrote:

The inspiration for a composition comes often from some text with strong atmosphere. The text can be just a couple of words, later used as the title of the work (as in ‘Fire Sermon’ or ‘Angel of Dusk’)—or it can be a poem, a story, a memory—anything.

The first movement (Stars Swarming) was inspired by Edith Södergran’s poem, The Stars, which presents “a surrealistic night vision, where stars keep falling in the garden until the lawn is full of splinters.” The spirit of Sibelius emerges in the opening bars with shivering tremolo which suggests the barely-audible hum of nature. Later, I hear allusions to Debussy’s La Mer.

The second movement (Halcyon Days) rises as a majestic monument to memory. Harmonically, this music is in a constant state of arrival. It is simultaneously searching restlessly and going nowhere. Listen carefully to all of the shimmering dissonances in the inner voices. Rautavaara writes,

the impulse comes from a simple, monotonous repetition of a triplet. From this background a melody is born, a slowly ascending cantabile. Passionate, even violent moments are met, but they also seem to belong to those happy days.

In the third movement (Sighs and Tears), a lamenting, pastoral dialogue unfolds between the English horn and oboe. The final movement (The Last Polonaise) is a haunting tribute to the Polish dance in triple meter with its solemn repeated rhythms and sense of procession. The orchestra’s instrumental voices erupt in soaring, celebratory statements amid waves of shimmering color.

Einojuhani Rautavaara (1928-2016) was among the most significant Finnish composers to follow Sibelius. His style evolved gradually, moving from 12-tone serial modernism into Neo-Romanticism. His later works, such as the 1994 Seventh Symphony (Angel of Light), embrace a tantalizing mysticism.

At the beginning of the summer, we explored Rautavaara’s First Piano Concerto. Now, here is A Tapestry of Life from a 2010 recording featuring Leif Segerstam and the Helsinki Philharmonic Orchestra: