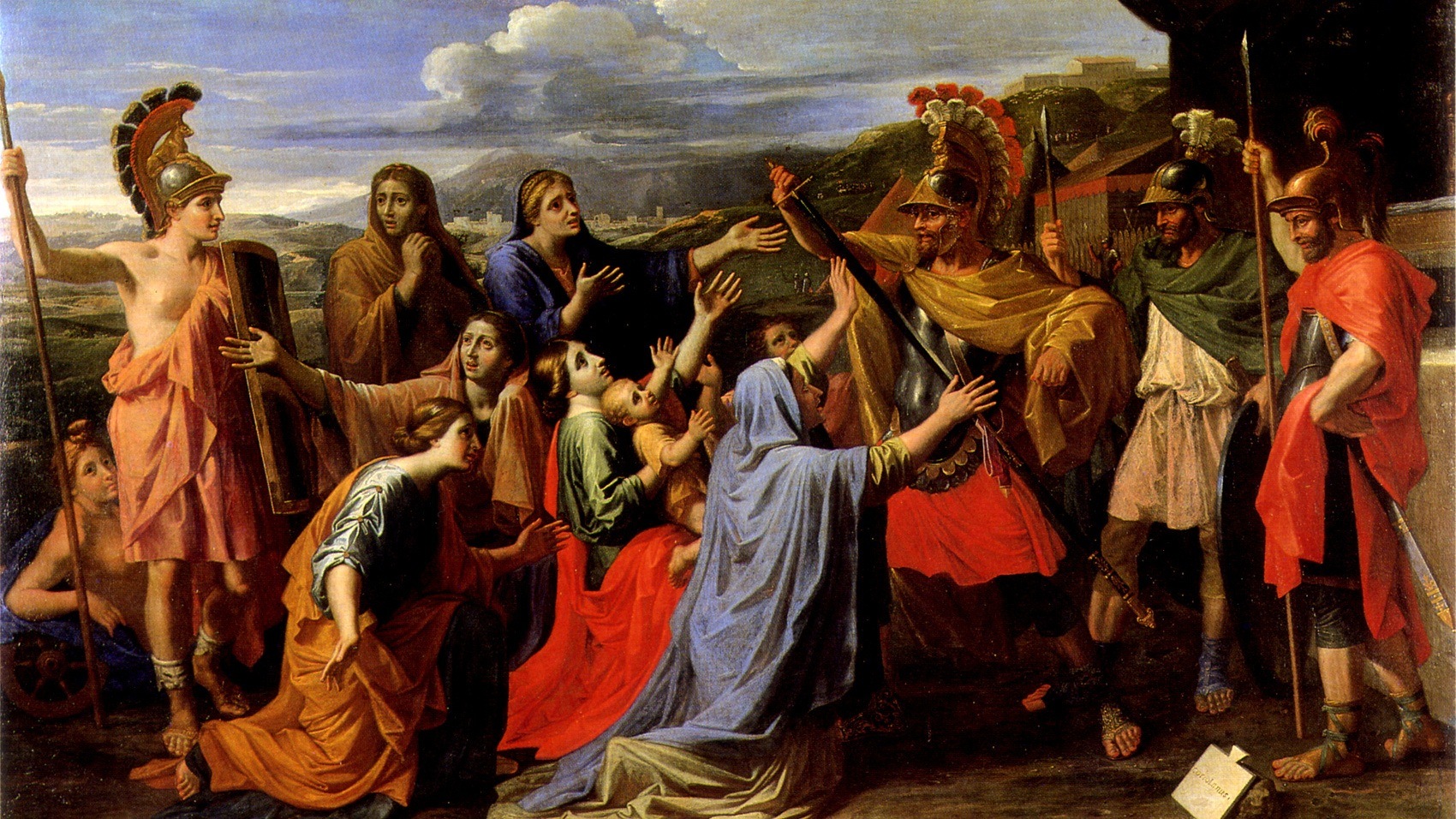 The Viennese dramatist Heinrich Joseph von Collin’s 1804 tragedy, Coriolan, depicts the ultimate conflict between war and an alternate path of compassion, peace, and transcendence. In the story, the proud and vengeful general Gaius Marcius Coriolanus, filled with feelings of betrayal, returns to Rome with an army made up of his former enemies, determined to invade and destroy the city. Reaching Rome’s gates, he abandons his plan at the pleadings of his mother, Volumnia. Unable to turn back and overcome with the realization of his folly, he takes his life.

This turbulent drama was the inspiration for Beethoven’s Coriolan Overture, written three years later in 1807. The opening bars plunge us into a snarling and titanic C minor, punctuated by furious musical stabs. As the music unfolds, the sounds of conquest, quiet anguish, and terror melt into a new theme in E-flat major, filled with tenderness and lament. This is the redemptive, pleading musical depiction of Coriolanus’ mother. Notice the underlying arpeggios in the lower strings in this passage. As the music progresses, listen to the way these lines move from sensuousness into foreboding and dread, at times returning with a nightmarish persistence. We get a visceral sense of the cosmic struggle between these two Powers, and the seemingly razor-thin line which separates them. This is revolutionary music filled with strange, shocking dissonances and unpredictable, violent outbursts. In the coda, we hear the disintegration of Coriolanus’ once-mighty theme. The music, itself, seems to be dying. After one final, wrenching dissonance, Coriolan Overture fades into silence.

Here is Nikolaus Harnoncourt’s recording with the Chamber Orchestra Of Europe:

The recording above gives us a sense of the smaller orchestra of Beethoven’s time. It’s filled with edginess and punch. We get a sense that Beethoven’s music is trying to fling off the shackles of the courtly, classical orchestra of Mozart and Haydn.

Now, let’s listen to this music played in a different way. This is the legendary Berlin Philharmonic recording, conducted by Wilhelm Furtwängler, made in June, 1943 in the final days of Hitler’s Third Reich. Many commentators have observed the terrifying emotional charge underlying this performance. In a recent article, Alex Ross writes that in the Overture’s opening chords, “Furtwängler’s players unleash a sound that falls somewhere between the musical and the geological—a seismic rumbling followed by a concussive crack.”