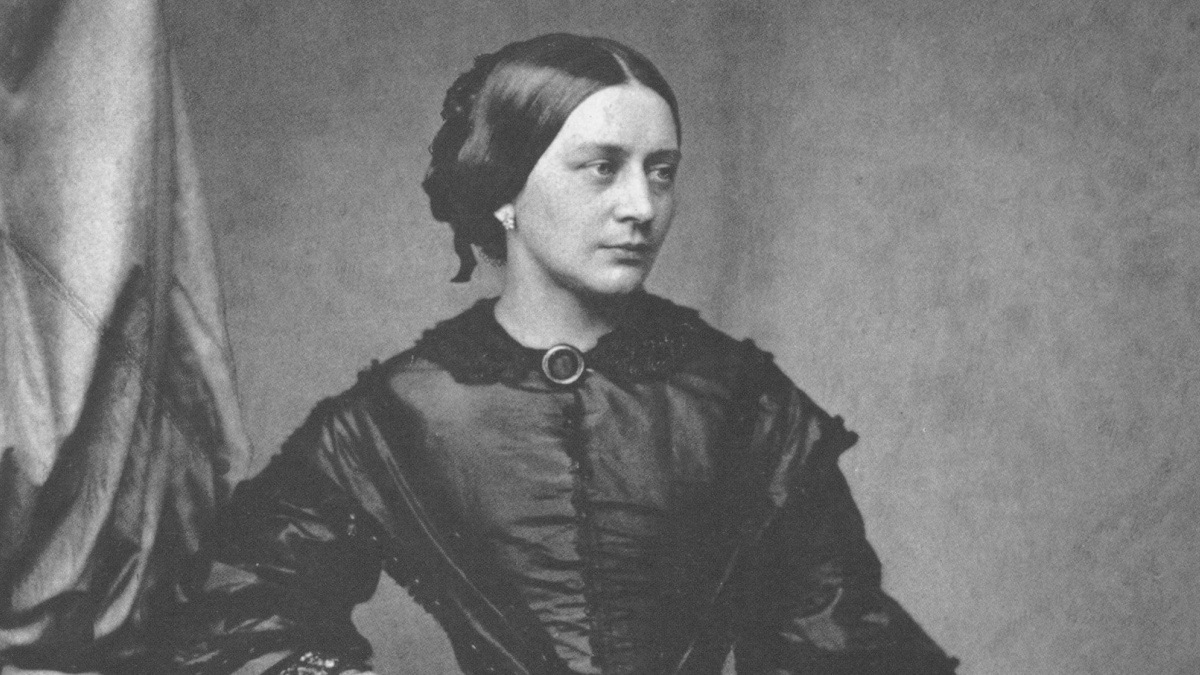 Composing gives me great pleasure. There is nothing which surpasses the joy of creation, if only because through it one wins hours of self-forgetfulness, when one lives in a world of sound.

This week, we have explored Clara’s influence on the music of her husband, Robert Schumann, and close friend, Johannes Brahms. Our focus has been the famous “Clara Theme,” which emerges repeatedly throughout the works of Robert Schumann and the late piano intermezzi of Brahms. Albumblätter I, the fourth piece in Schumann’s solo piano collection, Bunte Blätter, Op. 99 (“Colorful Leaves”) is one of the melodies infused with a passing quote of this motif. In 1853, Clara Schumann wrote seven variations on this theme. She presented the piece to her husband on his birthday with the dedication, “To my beloved husband on the 8th of June, 1853, this humble, renewed essay by his old Clara.”

The piece begins with a statement of the original theme. You’ll recognize the “Clara Theme” beginning in the second measure in the top voice with the falling C-sharp, B, A, G-sharp, A, a figure which outlines the name, “Clara.” Even more interestingly, listen to how this theme develops over the course of the seven variations. It’s music which moves from solemn mystery to quiet melancholy to fiery virtuosity. The dreamy final bars contain echoes of the previous variations and fade into wistful serenity.

Here is Clara Schumann’s Variations on a Theme by Robert Schumann, Op. 20, performed by Konstanze Eickhorst:

A year later in 1854, Robert Schumann succumbed to mental illness, possibly the result of tertiary syphilis. He attempted to drown himself in the icy waters of the Rhine River and committed himself to an asylum where he died in the summer of 1856. In a previous post, we explored Schumann’s strange final pieces which he believed to be dictated by angels.

In May of 1854, Brahms wrote his own variations on Schumann’s theme and presented the piece as a gift to Clara. The sixteen variations stand as Brahms’ homage to the music of Robert Schumann. There are allusions to Schumann’s A minor String Quartet (Variation 10) and the “Chopin” movement from the enigmatic solo piano collection, Carnaval (Variation 14). There is also a quote from Clara’s Romance variée, Op. 3 on which Schumann based his Impromptus, Op.5.

Here is Louis Lortie’s recording of Brahms’ Variations on a Theme by Schumann, Op. 9. Throughout this piece, there are some incredibly strange and haunting moments. Listen to the downbeat-defying rhythmic and contrapuntal magic which happens here. The final bars seem to drift off into a blissful, eternal sleep: