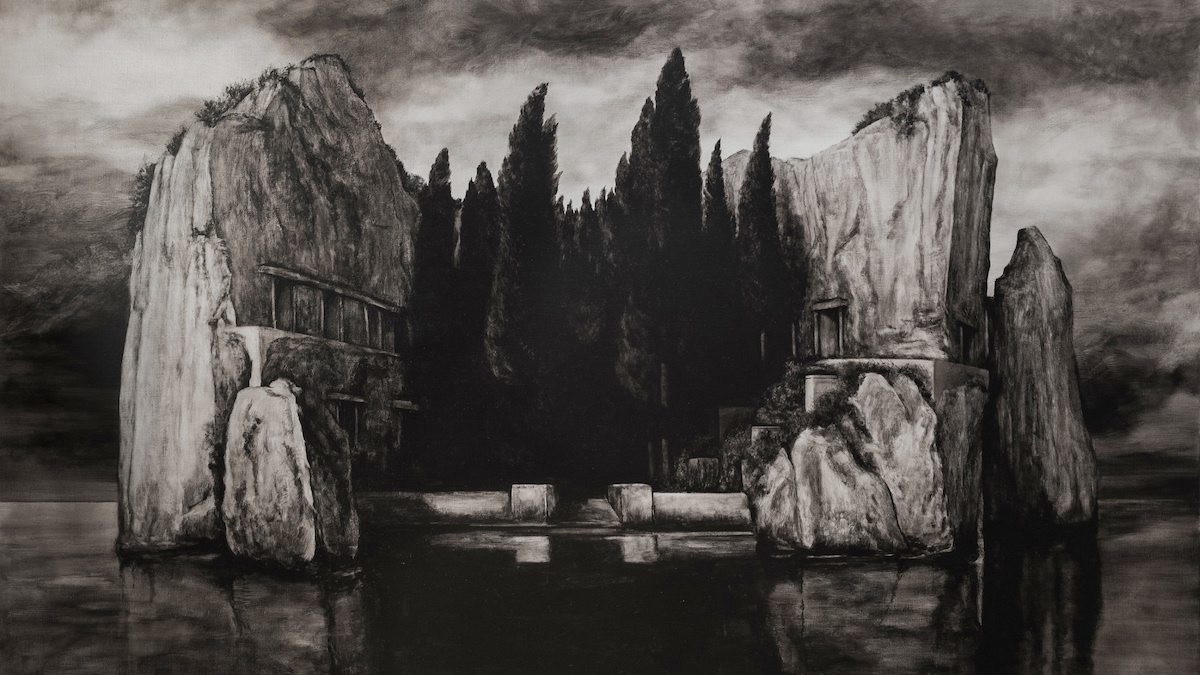 In 1907, Sergei Rachmaninov saw a black and white reproduction of Isle of the Dead, a painting by the Swiss symbolist artist, Arnold Böcklin. The haunting dream image depicts a solitary rowboat carrying a coffin, bound for a desolate, rocky island. The scene suggests the mythological River Styx and the transition of a recently deceased soul to the afterlife.

The image affected Rachmaninov deeply and inexplicably. It was a powerful, immediate, and spontaneous creative trigger which seemed to unleash music which demanded to be brought to life. The composer later described the mysterious experience saying, “When it came, how it began—how can I say? It came up within me, was entertained, written down.” When Rachmaninov saw Böcklin’s original color painting, he discovered, to his disappointment, that the initial, mystical revelation could not be recaptured. He went so far as to say, “If I had seen first the original, I, probably, would have not written my Isle of the Dead. I like it in black and white.”

The music begins in the shadowy depths of the orchestra with an ominous, incessantly repeating motif in the irregular meter of 5/8 time. It’s something akin to the hypnotic rise and fall of water, the persistent and arduous plying of oars, or even the continuous, life-sustaining cycle of inhaling and exhaling. Fragments of the Dies irae, the ancient Latin chant of the dead, emerge like fleeting ghosts. This motif, which returns so often throughout Rachmaninov’s music, seems to be wired into the musical DNA of this piece. You can hear it begin to take shape from the opening bars. Later, it becomes fully formed (listen to the violins here).

Isle of the Dead is a drama of conversing instrumental voices. It moves from the grim shadows of the opening to moments of quiet lament and soaring, lush sensuality. Throughout all of this, the Dies irae haunts the music as a persistent and unrelenting Power. Around the work’s golden mean, the obsessive recurrence of the Dies irae motif reaches a terrifying and awesome climax. In this section (beginning around the 14:47 mark), listen to the way the motif emerges in multiple voices amid ever-mounting tension as the music continuously rises higher. This climax reaches its limit with a series of furious, cymbal-augmented raps reminiscent of Tchaikovsky. The hushed, impassive music which follows is perhaps the most spine-chilling of all. As if to say, “I’m still here,” the Dies irae returns in a trance-like prolation canon initiated by the clarinet and quietly shivering string tremolo. Rachmaninov’s haunting Isle of the Dead ends where it began—with a return to the dark, watery depths.

Photograph: A black and white reproduction of “Isle of the Dead,” Arnold Böcklin

3 thoughts on “Rachmaninov’s “Isle of the Dead”: A Tone Poem in Black and White”