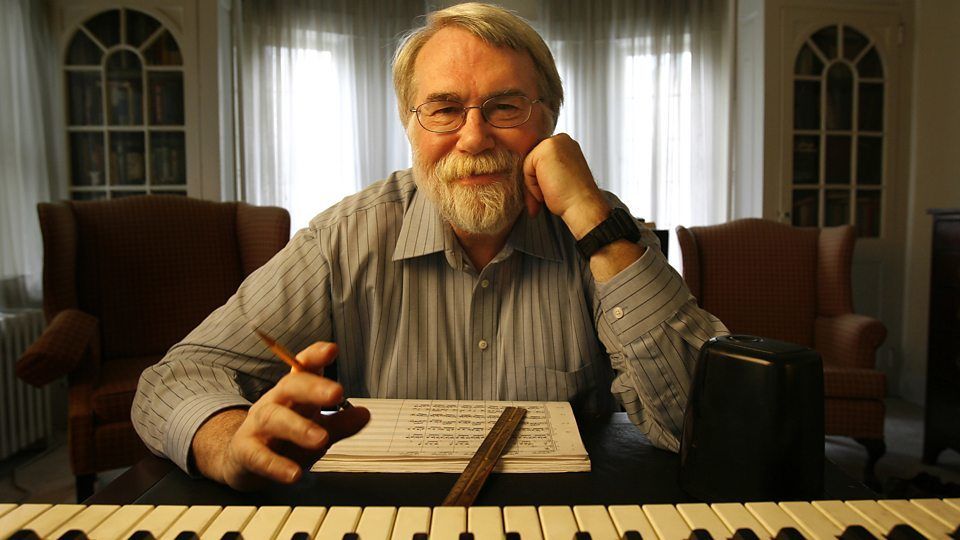 Christopher Rouse, the American Pulitzer Prize-winning composer, passed away on Saturday at a hospice center in Towson, Maryland. He was 70.

The orchestra, with its dramatic power and rich color palette, was central to Rouse’s work. Pieces such as Gorgon (1984), Concerto for Orchestra (2008), and Prospero’s Rooms (2012), unleash a terrifying, raw, titanic energy. In a previous post, we explored the equally haunting sonic landscape of Rouse’s Symphony No. 1 (1986), in which the spirts of Bruckner and Shostakovich emerge in a series of recurring quotes. Bonham for percussion ensemble was written in 1988 as an “ode to rock drumming and drummers” and a tribute to John Bonham, the drummer for Led Zeppelin.

Rouse’s catalogue includes six symphonies, a dozen concertos, and a Requiem. On October 18, conductor Louis Langrée will lead the Cincinnati Symphony in the premiere of Rouse’s Sixth Symphony, a work the composer continued to edit in his final days.

Between 1981 and 2002, Christopher Rouse served on the composition faculty of the Eastman School of Music. As an Eastman student, I performed several of his orchestral works. On one occasion, I remember him requesting less sensitivity and more brute force from the percussion section. At moments, the sheer volume level in Rouse’s orchestral music is astounding.

Following the model of Samuel Barber’s Symphony in One Movement, Rouse’s First Symphony unfolds in a single, uninterrupted movement. Deep in the work’s interior, all of the underlying terror and anguish dissipates and we enter a serene, celestial sea. Throughout Rouse’s music, the tonal center often wobbles. But here, we embrace the full splendor of the harmonic series.

A similar celebration of harmony can be heard in Rapture, written in 2000 for the Pittsburgh Symphony Orchestra and its then Mariss Jansons. According to Rouse, the title conveys “a sense of spiritual bliss, religious or otherwise” and “a progression to an ever more blinding ecstasy.” You can hear all of this in Rapture‘s magical, swirling colors and vibrant, conversing voices. The final moments erupt into the same unabashed joy and euphoria we hear at the end of Bartok’s Concerto for Orchestra. Perhaps there are even a few motivic echoes of Bartok here? Notice the final chord’s shimmering voicing.