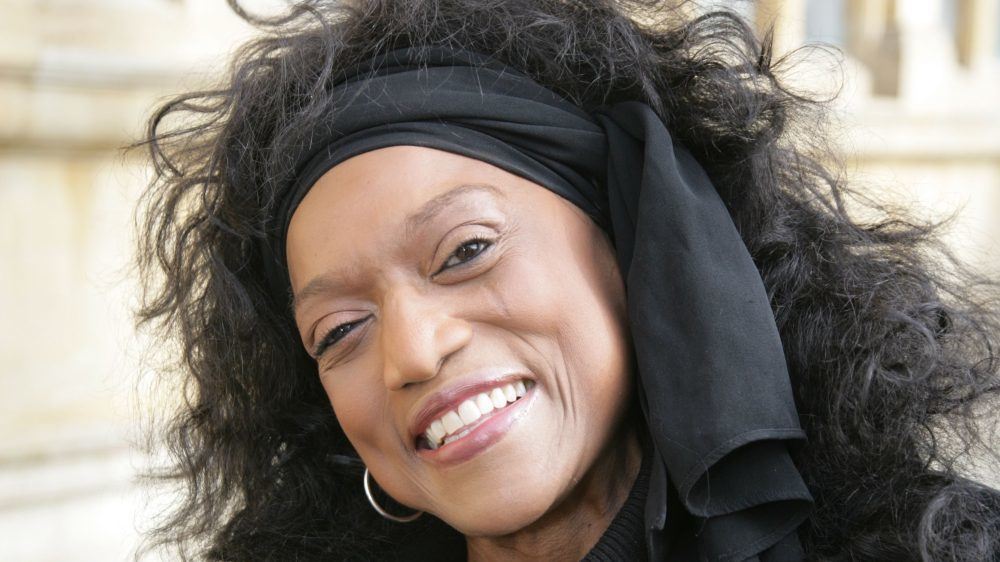 Jessye Norman, the legendary American opera singer and recitalist, passed away on Monday. She was 74.

Norman was born in the segregated south in Augusta, Georgia. She was surrounded by music at an early age, listening to radio broadcasts of operas and singing in church as a child. At the age of 16, she was offered a full scholarship to Howard University where she studied voice with Carolyn Grant. She went on to perform on the world’s most prestigious stages, earning numerous Grammys and honorary awards. Her biography and thoughts on music are explored in this 2012 American Academy of Achievement interview.

Norman was often described as a dramatic soprano, but she was known for her remarkable versatility. Some critics believed she possessed the rare “Falcon voice” (named after the nineteenth century French soprano, Cornélie Falcon)—a blend of dark mezzo-soprano timbre and dramatic soprano tessitura. At age 23, when a German interviewer asked her how she would characterize her voice, Norman famously answered, “pigeonholes are only comfortable for pigeons.”

An incredible soaring power and intensity comes across in this recording of Richard Strauss’ autumnal song cycle. We explored this music in a previous post. Norman is joined by Kurt Masur and the Gewandhausorchester Leipzig on this 1983 recording.

In the above interview, Jessye Norman describes Strauss’ unique affinity for the female voice. Speaking of this final song cycle, Norman said, “I can’t imagine what my life would be like minus those songs.”

As the curtain rises following the Prologue of Richard Strauss’ chamber opera, Ariadne auf Naxos, Ariadne has been abandoned on a desert island by her lover, Theseus. In the aria, Es gibt ein Reich (“There is a land”), the despairing Ariadne imagines escaping to a land of death where she will find everything that has been denied in life. In its final moments, the aria soars to heroic vocal heights. Notice the way woodwind and horn calls serve as musical “heralds” for this newfound heaven.

Jessye Norman appeared in the role of Ariadne twenty-two times at the Metropolitan Opera between 1984 and 1993. Here is a 1988 recording with Kurt Masur and the Gewandhausorchester Leipzig:

This famous and seductive aria comes from Act I of Georges Bizet’s Carmen. Don Jose (performed here by Neil Shicoff) has been assigned to watch Carmen following her arrest. She sings that she would like to go to her friend’s inn and suggests that he might join her.

This clip comes from a recording session with Seiji Ozawa and the Orchestre National de France:

This is Didon’s Fifth Act monologue from  Berlioz’ sprawling opera, Les Troyens, based on Virgil’s Aeneid. Didon is filled with grief after her lover, Enée, and the other Trojans have left her. This mysterious music is filled with sudden, surprising harmonic turns. In the final moments, it fades into ghostly, hushed tremolo.

Of all of the operatic roles Jessye Norman performed during her career, she said that this one (the role of Didon) remained closest to her heart:

Developing over a mournful descending chromatic ground bass, Dido’s Lament (“When I am laid in earth”), is the most famous aria from Henry Purcell’s opera, Dido and Aeneas, completed around 1688. This is another opera based on the Aeneid and the fall of Troy.

Here, Norman is joined by Raymond Leppard and the English Chamber Orchestra:

This excerpt from Stravinsky’s Oedipus Rex comes from a 1993 Saito Kinen Festival production, conducted by Seiji Ozawa. In this Act II aria, Jocasta scolds Oedipus and Creon for quarreling:

This is the final scene from Wagner’s 1859 opera, Tristan und Isolde, in which Isolde dies next to her lover, Tristan. The final bars represent the ultimate end of striving as the music drifts off into a lasting, transfiguring resolution.

Here is a beautiful rendition of Amazing Grace from a 1981 recording with the Royal Philharmonic Orchestra and Sir Alexander Gibson: