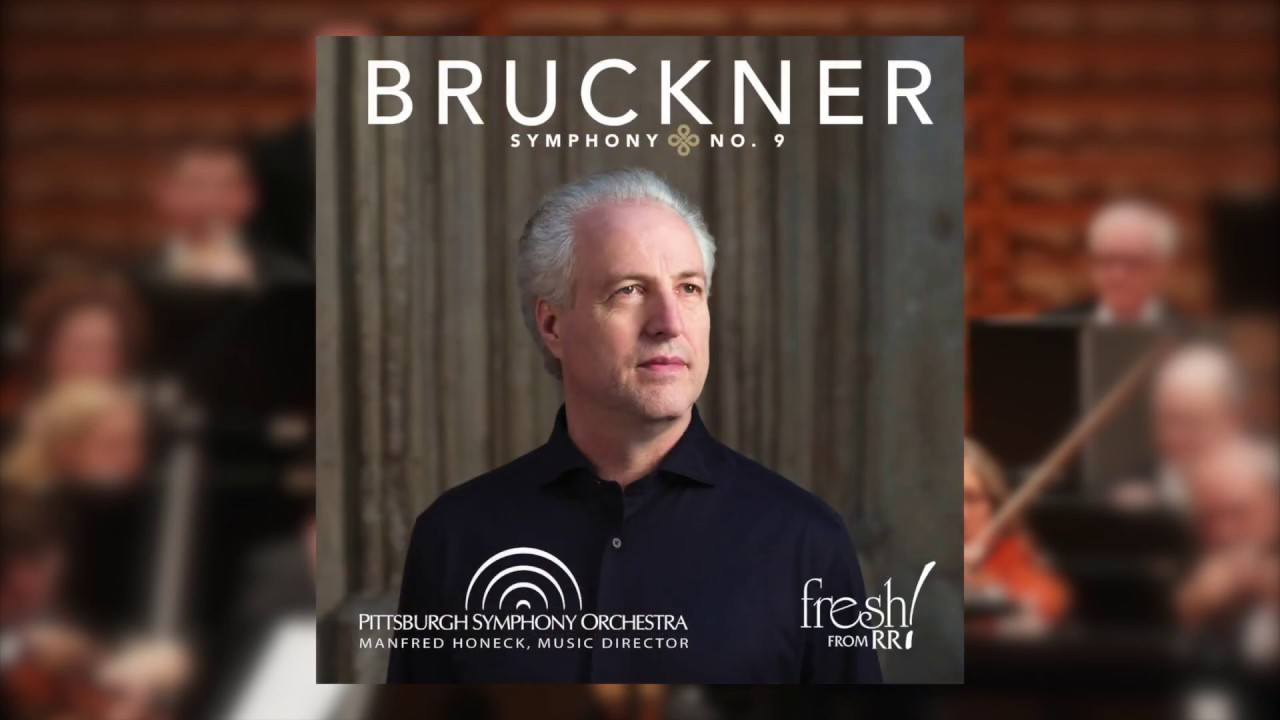 We explored Anton Bruckner’s Symphony No. 9 in D minor in a previous post featuring Bruno Walter’s 1959 studio recording with the Columbia Symphony Orchestra. As a supplement to that classic recording, let’s listen to Manfred Honeck’s newly-released, Hybrid SACD album with the Pittsburgh Symphony Orchestra, recorded live in Heinz Hall. The ninth in an acclaimed series of Pittsburgh Live! recordings, this new album offers an amazing level of clarity that allows us to hear the music in a new way. Honeck, the PSO’s Music Director since 2008, offers extensive program notes. This coming June, Honeck and the orchestra will follow up with a recording of Bruckner’s Seventh Symphony.

As with Beethoven, Schubert, and Mahler, the Ninth was Bruckner’s final symphony. It stands as a magnificent but unfinished three-movement edifice, with the intended Finale incomplete at the time of the composer’s death on October 11, 1896. Filled with strange moments of dissonance and dedicated by the composer “to the beloved God,” the Ninth Symphony is Bruckner’s haunting, mysterious, and revelatory musical “farewell.”

The first movement, marked Feierlich, misterioso (“Solemn, mysterious”), emerges out of silence with hushed tremolo. A multi-octave deep “D” in the winds is followed by ghostly fanfares in the trumpets and timpani and an ominous statement in the horns which seems to be searching for a way forward. The second theme alternates restlessly between a reverent A major and the quiet anxiety of minor. Some commentators have likened the gradually unfolding drama of a Bruckner Symphony to the experience of walking around a majestic cathedral. In this final work, it’s a walk filled with strange shadows and haunting voices. One passage, colored by the metallic edginess of stopped horns, might remind you of a sardonic Mahler funeral march. The first movement’s coda is Bruckner’s most terrifying. Its crunching harmonic conflict, punctuated by the same fanfares we hear in the opening, resolves into primal open fifths.

Following the model of Beethoven’s Ninth Symphony, the second movement is the Scherzo. Scherzo translates as “joke,” but this ferocious, demonic ride through the night is far removed from the lighthearted classical scherzos of Haydn’s string quartets or the shimmering magic of Mendelssohn’s A Midsummer Night’s Dream.

The Adagio anticipates the quiet transcendence of the final movement of Mahler’s Ninth Symphony. It begins with a wrenching minor second, occurring over an expansive octave leap, which opens the door to a majestic string chorale. Gratitude, awe-inspiring majesty, lament, and haunting mystery all emerge in this music of cosmic scale. Near the end of the movement, we hear the jarring dissonance of a dominant thirteenth chord—a sound of the twentieth century, followed by a frighteningly long silence. Ultimately, the movement Bruckner described as a “farewell to life” fades into a peaceful serenity.