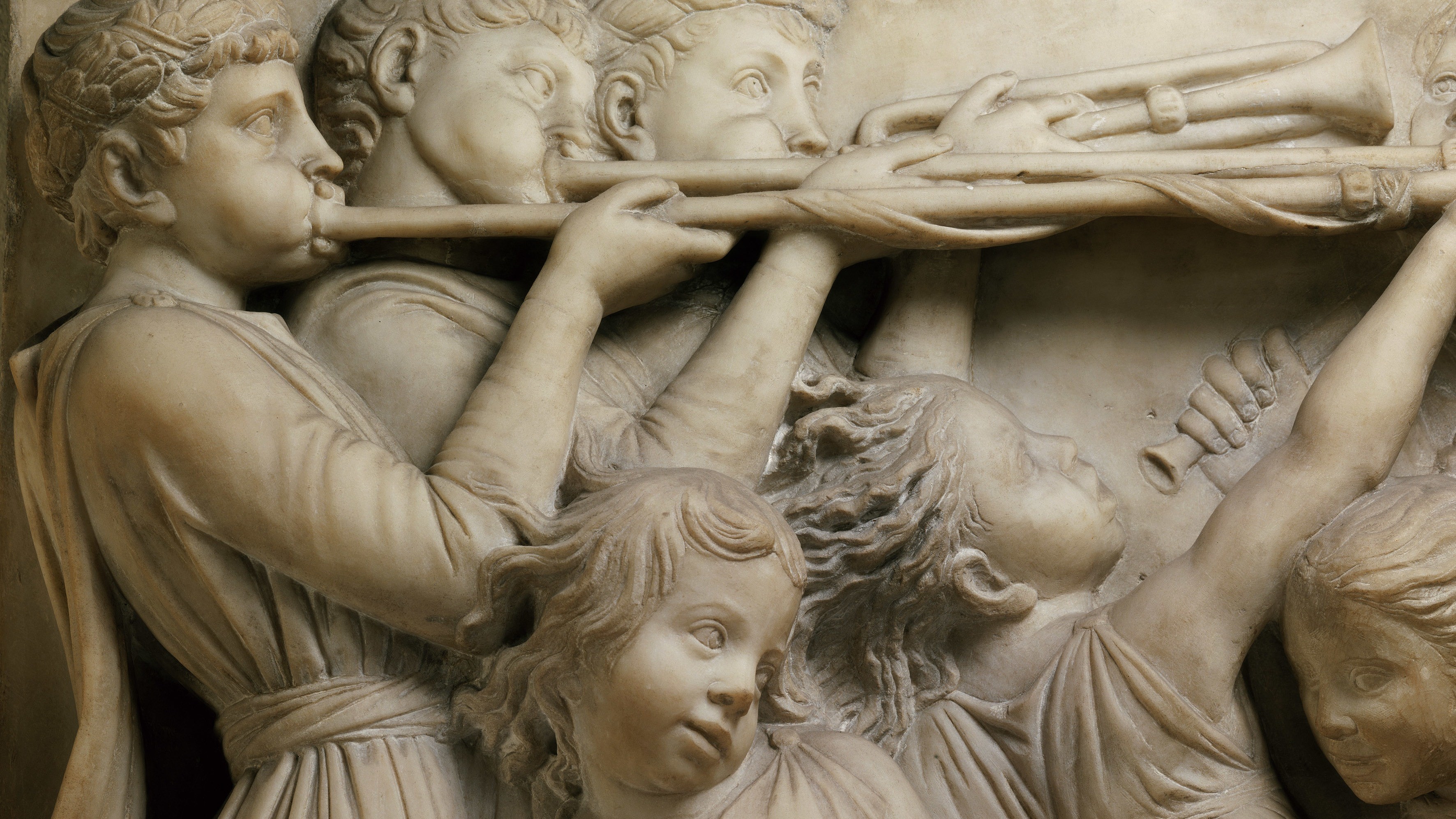 Today marks the 1,000th post of The Listeners’ Club. In celebration of this milestone, I want to thank our growing community of readers and subscribers, and all who take time to comment and share this incredible music with friends.

Praise God in His sanctuary; praise Him in the firmament of His power.

Praise Him for His mighty acts; praise Him according to His abundant greatness.

Let every thing that hath breath praise the Lord.

In the evocative poetry of Psalm 150, dating from around the year 515 B.C., the celebratory sound of music becomes an expression of the miracle of life, itself. The Psalms, found in the third section of the Hebrew Bible, were originally sung. The word “Psalm” has musical connotations as a derivative of the Greek psalmoi, meaning “instrumental music,” or “the words accompanying the music.”

Psalm 150, with its triumphant trumpets and clanging cymbals, has inspired composers from the early days of chant to Duke Ellington in the twentieth century. As we heard in an earlier post, it closes Igor Stravinsky’s monumental Symphony of Psalms. In Stravinsky’s final movement, the initial boisterous celebration drifts off into serene, hypnotic mystery, capturing what Stravinsky called, “the calm of praise.”

From the Renaissance to the twentieth century, here are five additional musical settings of Psalm 150:

This sacred motet by English Renaissance composer William Byrd (1543-1623) was first published in 1589. It is based on a paraphrase of the Psalm text. The music is infused with an infectious sense of dance, with occasional rhythmic syncopation. This recording comes from Stile Antico’s Heavenly Harmonies album:

Bach’s motet springs to life with the insistent repetition of this word, bouncing between two choirs. It’s a joyful and dazzlingly virtuosic celebration of the human voice, culminating in a mighty four-voice fugue.

This motet was performed for Mozart when he visited Leipzig’s St. Thomas Church in 1789. (Bach was music director at the church from 1723 until his death in 1750). Johann Friedrich Doles, a student of Bach who directed the performance wrote,

As soon as the choir had sung a few bars, Mozart started; after a few more he exclaimed: ‘What is that?’ And now his whole soul seemed to be centered in his ears. When the song was ended, he cried out with delight: ‘Now, here is something one can learn from!’

Here is a performance by the Netherlands Bach Society and Stephan MacLeod:

Anton Bruckner completed this setting in 1892 while working on the Ninth Symphony. It opens with an earth-shattering proclamation, “Hallelujah!” This music is as celebratory and joyful as our previous examples. Yet here, there is also a sense of the unleashing of a titanic, even terrifying Power. The exhilarating fugue which closes the work is related to the final movement of the Fifth Symphony.

A glorious, sometimes dissonant cacophony emerges in Charles Ives’ Psalm settings, written in the 1890s. This music, some of which was attempted briefly by a church choir conducted by the composer’s father, is filled with haunting and atmospheric layers of sound which anticipate the twentieth century choral music of composers such as John Tavener and Eric Whitacre. Psalm 150 concludes this set, performed by the Gregg Smith Singers:

Photograph: A panel inspired by Psalm 150 from the Cantoria, Luca della Robbia, Florence, 1431