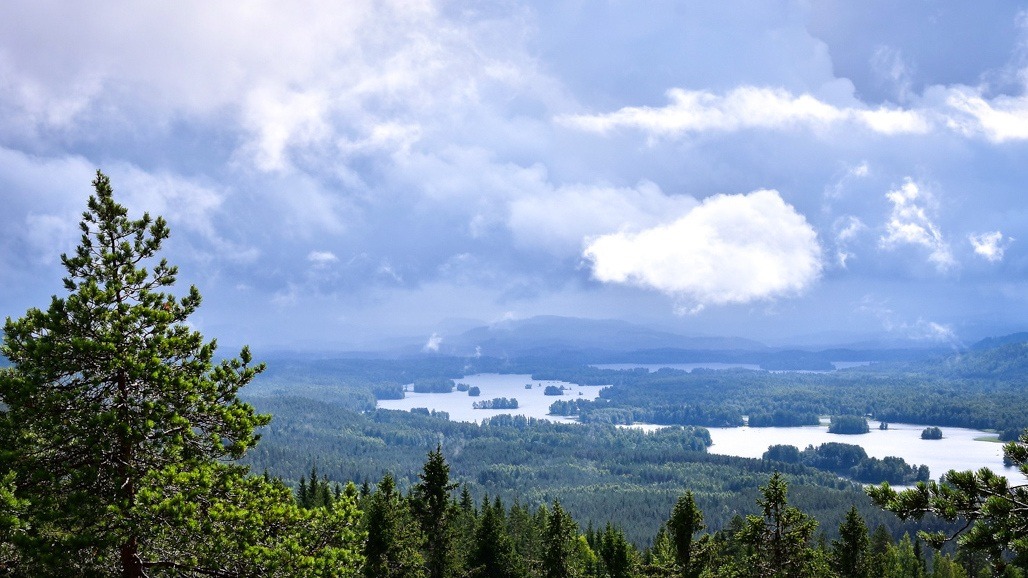 The Sixth may be Jean Sibelius’ most enigmatic symphony. It doesn’t offer the kind of heroic and triumphant journey we experience in the Second and Fifth Symphonies, or the strange, brooding darkness of the Fourth. Instead, it drifts through a soundscape which is shimmering, austere, and mysterious.

“The Sixth Symphony always reminds me of the scent of the first snow,” said Sibelius in 1943. On another occasion, the composer spoke of the work, saying, “Whereas most other modern composers are engaged in manufacturing cocktails of every hue and description, I offer the public pure spring water.” The last quote suggests qualities which are fundamental and eternal. Listening to the Sixth Symphony, which came together over a long gestation period between 1918 and 1923, we sense a sublime inevitability and inner logic, as if the piece is shaping itself. Sibelius expressed this idea in a 1912 diary entry when he wrote, “I intend to let the musical thoughts and their development determine their own form in my soul.”

Most of the Sixth Symphony floats in the dreamy world of the Dorian mode, set on D. There are echoes of the meditative, contrapuntal choral works of the Italian Renaissance composer Giovanni Pierluigi da Palestrina, whose music Sibelius admired. Voices emerge and dissolve. The majestic landscape shifts. Yet this is music free of striving and unconcerned with far-off goals.

The oldest Finnish folk tunes are based on a tonal system which lacks the tonic and the dominant as we understand them. They also lack the finalis of the old Greek keys. There are simply five notes – D, E, F, G, A – which become additionally combined with the two notes B and C as the melody grows more expressive.

These are the pitches, D-E-F-G-A, which make up the opening of the first movement (Allegro molto moderato-Poco tranquillo). The music emerges out of silence with a shimmering string choir. Gradually, the other instruments “awaken.” These opening bars feel as serene and static as a remote forest in northern Finland. A strange and dissonant harmonic collage launches the music forward into an ebullient new tempo. Listen to the way new voices and motifs emerge out of nowhere, from this spirited melody in the woodwinds to this interruption by the horns, amid shivering tremolo. The movement ends with an austere abruptness.

The second movement (Allegretto moderato – Con moto – Tempo) begins with a hushed timpani triple-tap. We find ourselves in a gloomy, desolate landscape. Listen to the way the music picks up speed and builds in intensity, gradually, and then dissolves into ghostly, pulsating strands of sound in the strings.

The third movement (Poco vivace) functions as a virtual scherzo. This is music filled with swirling motion, off balance rhythms, and conversations between instruments. Amid all of this frolicking activity, there is still a sense of underlying chill.

The final movement (Allegro molto – Allegro assai) opens with a “call and response” dialogue between groups of instruments. Rugged, simple, and sincere, there is a hymn-like quality to this music, evocative of a small rustic church. What follows is a sudden and exhilarating increase in tempo, opening the door to a joyful and wild musical romp. Listen to the way this ominous, dissonant chord builds up only to resolve in merriment. A few moments later, the music achieves a strangely cinematic effect as the “joyful” music fades briefly into the background and storm clouds emerge with a rumbling line in the basses. Ultimately, all of the finale’s forward momentum dissipates. In the last bars, we return to the haunting mystery of the Symphony’s opening. The notes of an attempted final cadence seem to disintegrate in midair, and a single “D” drifts back into silence.

Here is Osmo Vänskä’s recording with the Minnesota Orchestra: