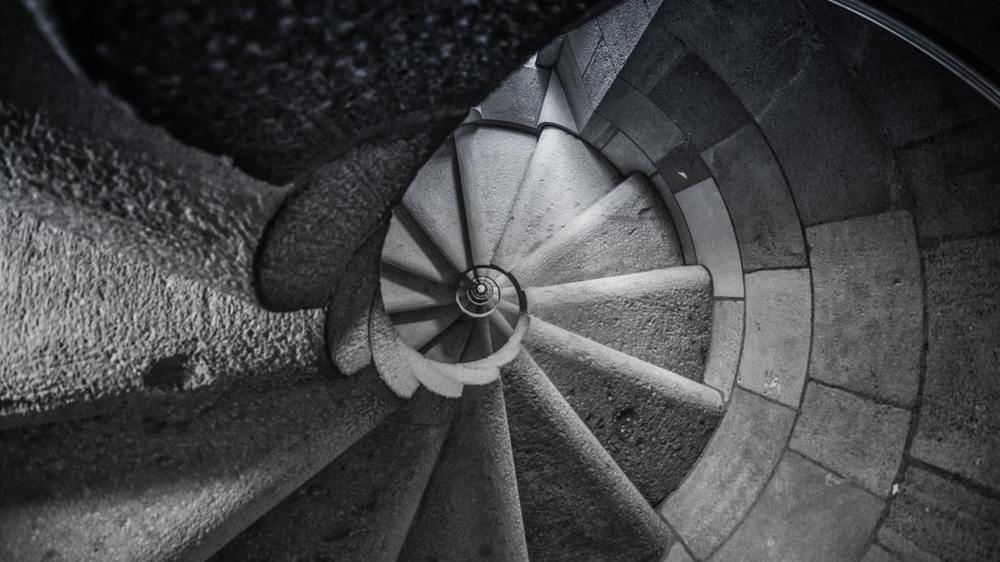 The sixteenth century Swiss alchemist, Paracelsus, used the word “phantasmata” to describe “hallucinations created by thought.” Appropriately, Phantasmata is the title of an orchestral tryptic completed in 1985 by the late American composer, Christopher Rouse. It’s a piece which grew out of a series of haunting dream images.

The opening movement bears the descriptive title, “The Evestrum of Juan de la Cruz in the Sagrada Familia, 3 A.M.” It was inspired by an out-of-body experience—a mystical vision of a “somnambulatory journey” in which the spirit of Saint John of the Cross floats through the Catalan modernist architect Antoni Gaudí’s astonishing Basílica de la Sagrada Família in Barcelona. Ghostly murmurs and shrieks emerge over a barely-audible rumble in the bass drum. Shimmering layers of sound drift through a cavernous, spine-chilling soundscape and then dissipate into the shadows.

The second movement, “The Infernal Machine,” grew out of the composer’s dream involving an enormous, eternally moving machine which grinds along and shoots off hellish sparks but ultimately has no purpose. Inexplicably, amid the changing gears, a snatch of late Beethoven bubbles to the surface with a quote of the Op. 130 String Quartet. Before its self-destruction, The Infernal Machine lets off one more earsplitting, metallic gasp.

Rouse described final movement, “Bump,” as a “‘nightmare conga’ characterized by a bass drum stroke on every fourth beat whose oppressive obstinacy adds to the overall feeling of menace.” It’s inspired by a vision of a “Boston Pops tour concert in Hell” in which the demons form a vast conga line. Big band swing blends with atonality. Like Halloween, this is music which is simultaneously terrifying and zany.

Photograph: A spiral staircase at the Basílica de la Sagrada Família in Barcelona