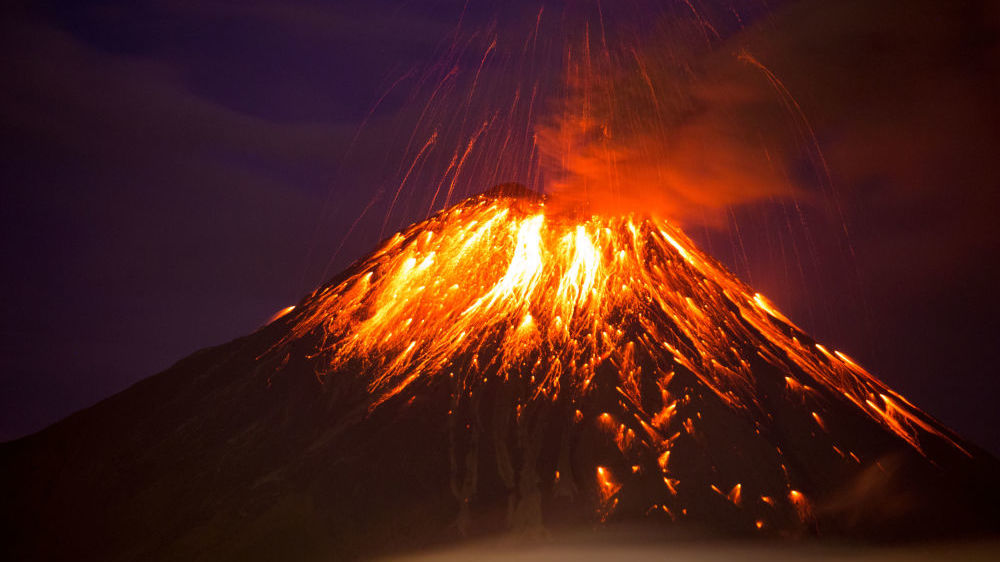 Surprises lurk around every corner in Franz Joseph Haydn’s Symphony No. 59 in A Major. Firmly fastened seatbelts are required for this exhilarating music filled with volatility, theatrical drama, and freewheeling innovation.

Movements from Symphony No. 59 were used to accompany a performance of Gustav Friedrich Wilhelm Großmann’s play, Die Feuersbrunst (“The Conflagration”), at the Esterházy palace in 1774. That is probably how the piece earned the nickname, the “Fire Symphony.” Yet Haydn’s manuscript dates from no later than 1769, long before the play was published.

Sparks crackle and fly in the opening of the first movement. We’re plunged immediately into a furious Presto which begins with an octave leap downward and a volley of repeating “A’s.” A few seconds later, the music takes a sudden solemn and mysterious turn, ending in a brief, haunting silence. The development section thrashes its way through a series of key areas before returning home. A surprise, parallel downward step around the 3:20 mark offers foreshadowing of similar moments in the music of Beethoven. The first movement’s final bars fade into silence.

The second movement (Andante o più tosto Allegretto) begins in a mysterious, operatic A minor. The meter is 3/4, but listen to the way the downbeat is obscured by the melody’s strange, asymmetrical phrases. The low and high strings slither past each other in two independent contrapuntal lines which rarely line up. Out of this unsettling opening, we arrive suddenly at a transcendent second theme in C major. Worlds away from the haunting opening, this must rank as one Haydn’s most beautiful melodies. Yet, listen to the way the opening bars of the melody are happily content to go nowhere. It’s as if Haydn is teasing us by saying, “I’m all out of ideas.” Yet as this elegant minuet unfolds, it has never been so much fun to stay in one place.

Up until its final minutes, the second movement is scored only for strings. There is an amazing moment at the end of the movement when that beautiful cantabile second theme returns—this time in A major with addition of the oboes and horns. With the warm return of these long-absent voices, we feel as if we have returned home. Listen for the jarring interruption of a horn fanfare a few moments later.

The third movement (Minuet) contains melodic links to the preceding Andante. The trio section arrives with hushed, wispy strands in the strings which blow in like a ghostly breeze. It’s the same kind of mysterious, atmospheric sound world we hear at moments in Vivaldi’s The Four Seasons.

The Finale (Allegro) explodes with exuberant joy, beginning with a conversation between the horns and oboes. A dazzling fireworks display of rapidly moving, virtuosic lines brings the “Fire Symphony” to a triumphant and celebratory conclusion.