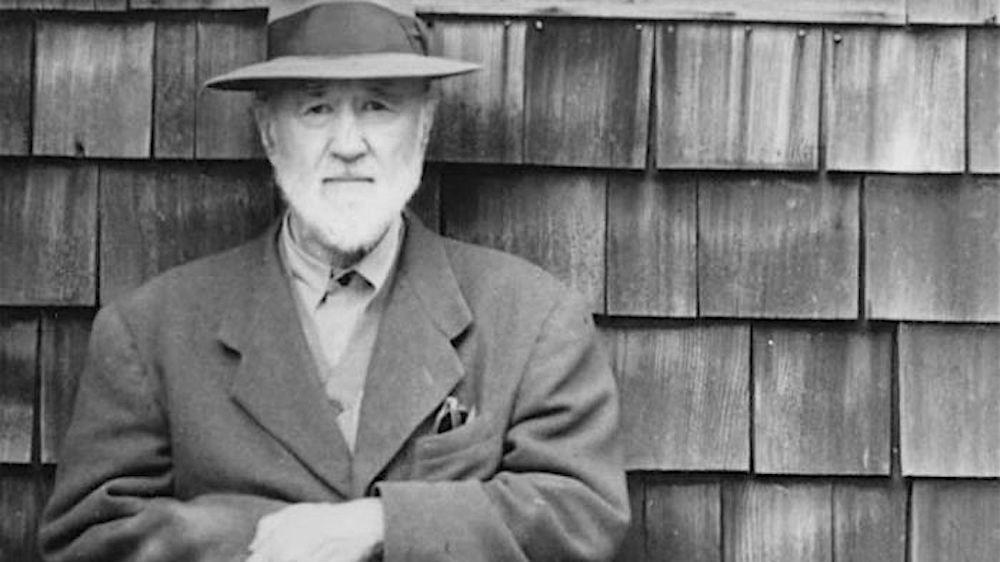 Thanksgiving and Forefathers’ Day is the final movement of Charles Ives’ Holiday Symphony, a work the composer conceived as much as a collection of four stand-alone, atmospheric tone poems as a unified symphony. Completed in 1904, Thanksgiving and Forefathers’ Day grew out of an organ prelude and postlude Ives composed and performed for a Thanksgiving service at Center Church in New Haven, Connecticut. We can only imagine how the congregation might have reacted to Ives’ adventurous and visionary musical exploits!

Regarding the movement, Ives wrote in his memoirs,

Our fore fathers were stronger men than can be represented by “triads” only—these are too easy sounding.

This music opens the door to a haunting, dreamy collage of distant and disparate voices. Fragments of revival hymn tunes emerge and fade like fleeting ghosts. Multiple keys collide in a sea of polytonality.  Dense clusters of sound unfold in a continuous musical stream of conciousness. Puritan severity blends with warm, wistful nostalgia, and a momentary, rollicking country dance.

Among the most prominent quotes are the hymn melodies, The Shining Shore (emerging out of a sonic haze, first in the oboe and then in the flute, around the 6:37 mark, below) and Duke Street. The later hymn rises up in a chorus amid a peal of bells at the piece’s euphoric climax. Following a frighteningly cacophonous and ever-intensifying buildup, it’s a moment in which we turn the corner, suddenly, to find the ultimate gratitude and joy.

You will notice that the interval of the falling minor third is a quiet but persistent presence throughout the piece. It’s heard in the bells, like a gentle wind chime in the breeze on some lazy, far off New England porch. As the voices of the chorus fade into the distance, we are left with this solitary motif. Ives’ Thanksgiving and Forefathers’ Day dissolves into the mystical, sonic dreamscape out of which it emerged.

Fugue in Four Keys on “The Shining Shore”

In 1902, Charles Ives used The Shining Shore as the subject of a fugue. The fugue is one of the most structured, rule-oriented musical forms. Yet, Ives’ fugue breaks all of the rules by allowing each voice to enter a fifth apart, giving us four distinct keys (C, G, D, and A), simultaneously. There are fleeting references to Azmon, another popular hymn melody. In the final seconds, we hear ghostly echos of the “A-men” of the plagal cadence.