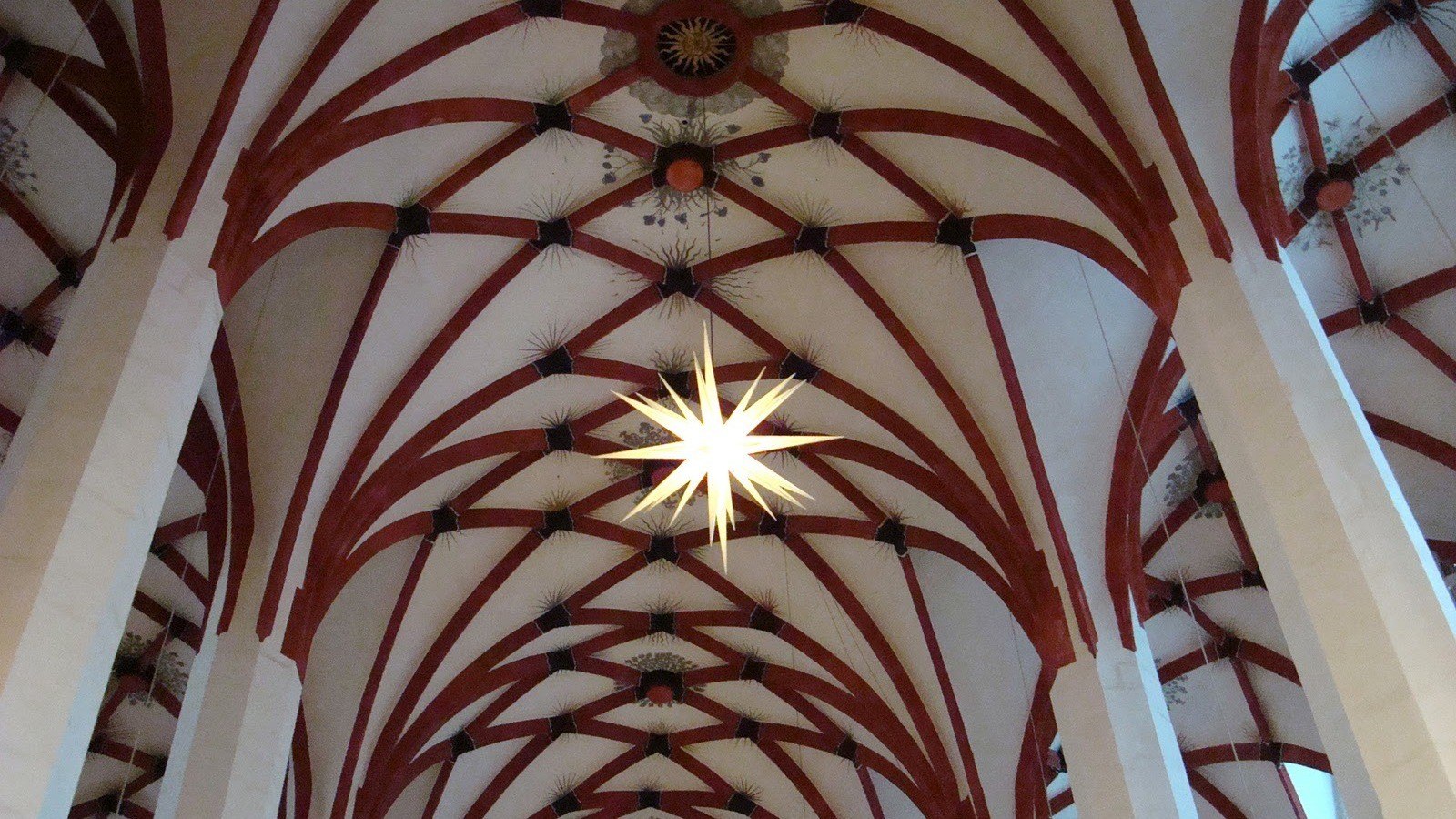 Let’s travel back in time to Christmas Day, 1725. Entering St. Thomas Church in Leipzig, we would experience the first performance of J.S. Bach’s cantata, Unser Mund sei voll Lachens (“May our mouth be full of laughter”). We would witness Bach, three years into his tenure as the Lutheran church’s music director, leading the newly written work.

By the end of his life, Bach produced five annual cycles of these dramatic religious choral works. Over 200 survive. In Bach’s hands, what could have been a formulaic exercise turned into a sublime gift to posterity. The richness and complexity of his music challenged and baffled listeners of the day. In his book, Bach: Music in the Castle of Heaven, John Eliot Gardiner writes,

His creativity in this field—in the three cantata cycles and two Passions he now composed—was almost profligate and far outstripped anything that any other composer of the time was attempting. It is all the more astonishing for having been carried out in a climate of innate conservatism, artistic indifference and discord, while he operated within a creaky structure, undermanned and underfunded.

It’s worth remembering that several other composers, among them Georg Philipp Telemann and Johann Christoph Graupner, were offered the St. Thomas job ahead of Bach. When these candidates turned down the offer, the city councilor Abraham Christoph Plaz made the now infamous remark, “Since we cannot get the best, then we will have to settle for average.”

Opening in a blazingly triumphant D major, Unser Mund sei voll Lachens is music of exalted celebration and unabashed joy. The first movement’s text comes from Psalm 126: 2-3: “Then our mouth was filled with laughter and our tongue with shouts of joy…The Lord has done great things for us.” It’s a majestic French overture—the same music we heard on Wednesday as the first movement of the Orchestral Suite No. 4. The opening bars draw us in immediately with a euphoric proclamation punctuated by trumpets and timpani.

The second movement, Ihr Gedanken und ihr Sinnen (“Your thoughts and musings”), is a tenor aria. Following the “shouts of joy” of the first movement, we move into shadowy, contemplative B minor. Two flutes weave around the tenor line like ephemeral, conversing spirits.

The third movement, a brief recitative for bass solo, moves directly into the fourth movement, an alto aria, Ach Herr, was ist ein Menschenkind (“Ah, Lord, what is a human being”). The vocal line engages in a pastoral duet with the oboe d’amore.

The fifth movement, Ehre sei Gott in der Höhe (“Glory to God in the highest”), is a flowing duet for soprano and tenor. The music is based on the Virga Jesse floruit movement from Bach’s Magnificat. In the final bars, the two voices come together in shimmering, sensuous tenths. This is music which evokes the ultimate peace, gratitude and happiness.

The celebratory sound of the trumpet returns for the sixth movement, Wacht auf, ihr Adern und ihr Glieder (“Awaken, veins and limbs”), a bass aria in D major. It’s a festive musical proclamation which anticipates “The Trumpet Shall Sound” from Handel’s Messiah, written sixteen years later in 1741. The cantata concludes with a chorale, Alleluja! Gelobt sei Gott (“Alleluia! Praise be to God”).

Photograph: The decorated vault of Thomaskirche (St. Thomas Church) in Leipzig where J.S. Bach was organist and music director from 1723 until his death in 1750. Kim Piotrowski