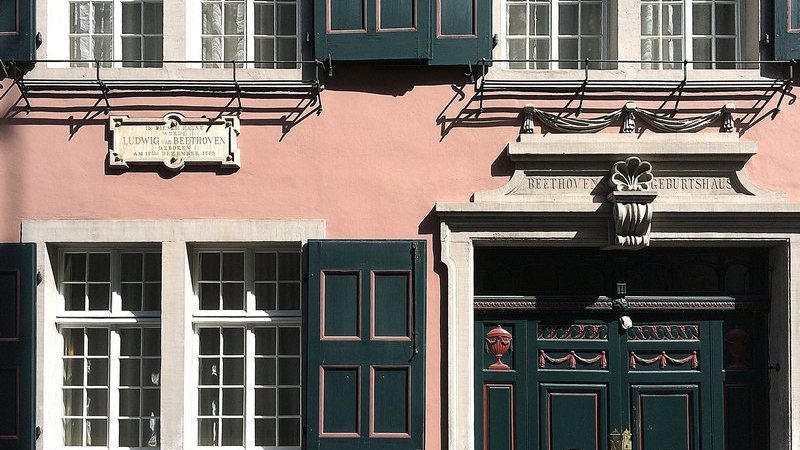 Ludwig van Beethoven was born on or around this date in 1770. Although the exact date remains unclear, Beethoven’s baptism was registered for December 17, 1770. At the time, Catholic officials required newborn babies to be baptized within twenty-four hours of birth. Strangely, throughout his life Beethoven insisted that his actual year of birth was 1772, despite evidence to the contrary.

In celebration, here is the late Mariss Jansons’ vibrant recording of Beethoven’s Symphony No. 5 in C minor with the Bavarian Radio Symphony. There is a freshness, a crackling energy, and a sense of clarity that makes this recording stand out. We hear this familiar piece with new ears as previously hidden details emerge. Regarding Jansons’ complete Beethoven cycle, Richard Osborne wrote in Gramophone Magazine,

As an ensemble, Jansons’s Bavarian orchestra is in a similar league to the pre-war BBC SO under Toscanini or the Berlin Philharmonic at the time of Karajan’s celebrated 1961 62 cycle. The string playing is of superlative quality, its transparency enhanced by the dispensations favoured by Jansons: antiphonally divided violins, double basses to the left, cellos in front of the podium, violas to the right.

Beethoven’s Fifth Symphony is a journey towards heroic transcendence. The breakthrough comes in the opening bars of the final movement, which rise up as a triumphant proclamation. The sound changes, fundamentally, with the sudden addition of the trombones—silent for the first three movements and rarely used in symphonies at the time. We get the sense that all of the Fifth Symphony’s ferocious and unstoppable forward momentum is designed to get us to this moment. This sense of continuity is heightened by the mysterious bridge which links the third and fourth movements, and the way the first movement’s famous “short-short-short-long” four-note motif returns in various guises throughout the piece. In the finale, a seemingly insignificant passing inner voice rises, eventually, to the most majestic heights. Unfolding as a dynamic, self-organizing force of nature, this is music which plays by its own rules.

Photograph: Beethoven’s birthplace in Bonn, Germany is well preserved as a museum.