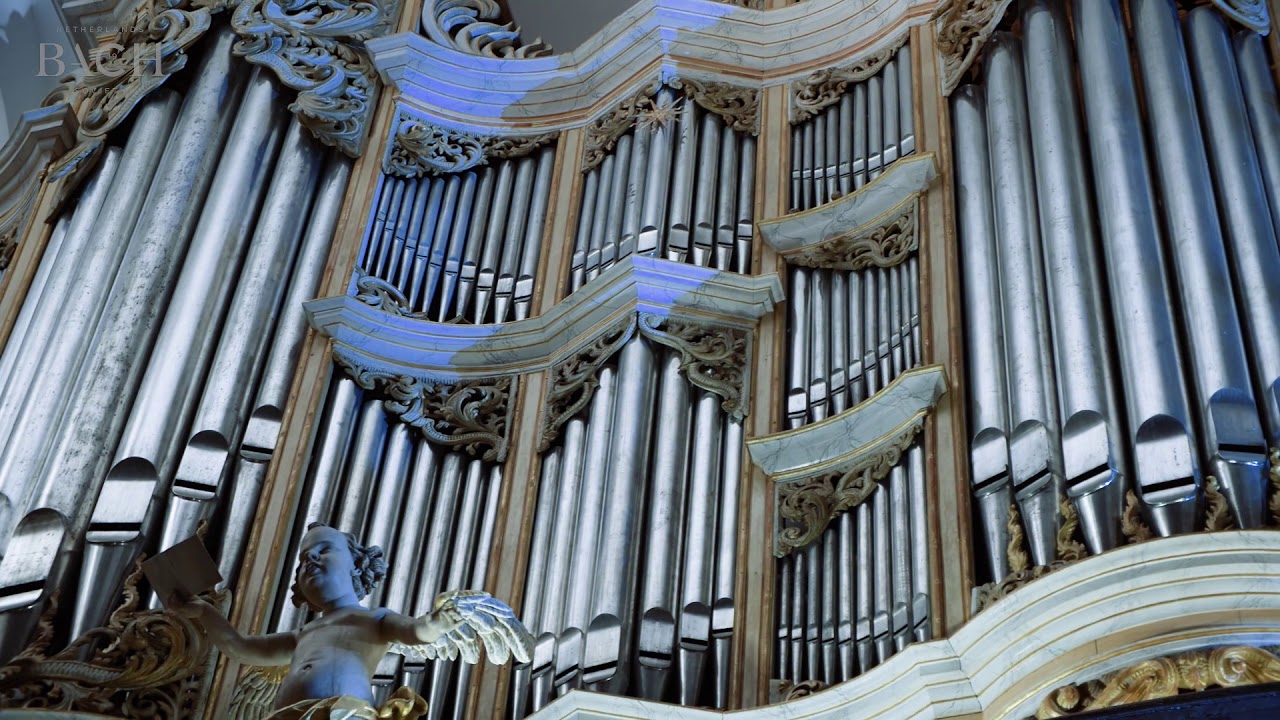 This is the motif which famously launches Beethoven’s Fifth Symphony. This brief, tightly wound kernel pervades the first movement, and then returns throughout the Symphony. Although Beethoven’s use of this motive may be the most memorable and persistent example, the “short-short-short-long” rhythm is a common building block throughout music. It’s infused with a natural sense of forward motion, moving “from here to there.” For example, listen to the majestic and expansive opening of Handel’s D major Violin Sonata, or the final movement of Brahms’ Third Symphony.

Another piece infused with this motif is Bach’s chorale prelude for organ, In dir ist Freude, BWV 615. The Dutch organist Theo Jellema describes it as “a piece for the New Year…totally happy and festive on the edge of naivety.” Bach’s chorale preludes are embellishments of Lutheran hymn melodies. The origin of this melody is a cheerfully jaunty, dancelike song by the Renaissance Italian composer, Giovanni Giacomo Gastoldi (ca. 1554-1609).

Here is Gastoldi’s original song, performed by the Baltimore Consort:

Now, let’s hear Bach’s development of this simple and fun melody, which found its way into the more solemn confines of the early Lutheran hymnal. In the opening of the chorale prelude, the song’s first four notes (short-short-short-long) ring out as a joyful antiphonal conversation between voices. This motivic fragment is repeated as a bold and festive announcement. The full melody emerges gradually, like a puzzle image coming together. Listen to the way Bach embellishes the melody with exuberant running lines and adventurous harmonic turns. The chorale prelude takes shape out of disparate parts, grows in intensity, and culminates in a celebratory flourish.

Here is Theo Jellema’s performance from The Netherlands Bach Society, recorded at the Stiftskirche St. Georg, Goslar-Grauhof in Germany: